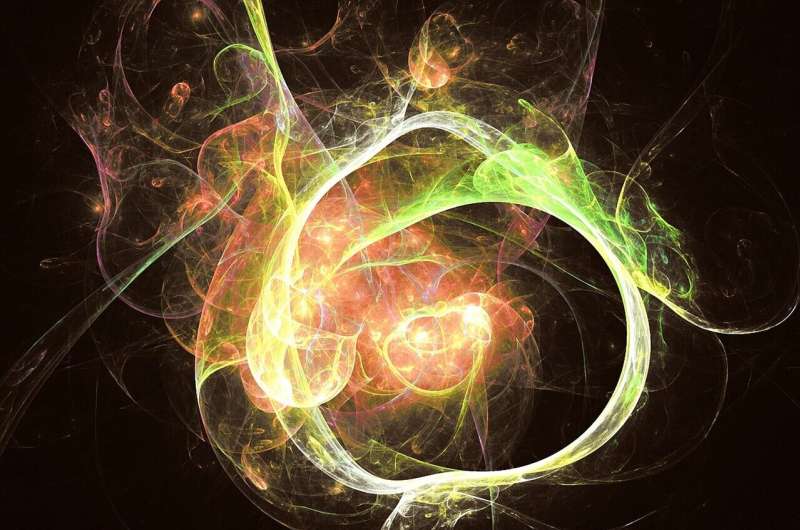 It’s long been known that correctly timing an embryo transfer is critical to the chance of achieving pregnancy.

Identifying the right moment in a woman’s cycle with absolute precision remains a challenge however, contributing to low IVF success rates, which remain on average under 50%.

But now RMIT University researchers may have found a way forward, by identifying a Teflon-like molecule that makes the surface of the womb slippery and prevents embryos from implanting.

The team discovered that the levels of this molecule on the womb’s surface decrease at a certain point in the menstrual cycle.

This allows the womb to become stickier, opening the “golden window” for pregnancy success.

Previously, scientists believed implantation hinged on molecules that actively promoted the adhesion of an embryo to the wall of the uterus.

“We’ve been looking for something that helps embryos stick when the vital part of the puzzle turned out to be a slippery molecule that has the opposite effect—it prevents them from sticking,” she said.

The research found a significant difference in IVF success rates when embryos were transferred while this molecule was present or absent on the surface of the uterus.

“Every embryo is precious for families struggling with infertility, so getting the timing right is critical,” said Nie, who leads the Implantation and Pregnancy Research Laboratory in the School of Health and Biomedical Sciences at RMIT.

“We hope with further development our discovery could help clinicians identify precisely when each patient has the greatest chance of achieving pregnancy, delivering fully personalized IVF treatment.”

The findings, published in the journals Fertility and Sterility and Human Reproduction, could have significant implications for IVF treatment and success rates.

The retrospective clinical study, co-designed by Nie and Professor Luk Rombauts from Monash IVF, examined levels of the anti-implantation molecule, known as podocalyxin (PCX), in the endometrium of 81 women undergoing IVF treatment.

A biopsy of the uterus was taken at the mid-luteal phase (about seven days after ovulation) of the women’s menstrual cycle, one full cycle before a frozen embryo was transferred.

While the women with low levels of PCX had a 53% pregnancy success rate, those women where the molecule had not been reduced had a success rate of just 18%.

Rombauts said measuring levels of PCX at the mid-luteal phase can be used as a screening test but it could also indicate a reason for infertility, making the molecule a potential target for treatment.

“These findings offer a promising path for us to both improve IVF success rates and potentially treat an underlying cause of infertility,” he said.

The research team has already begun work to better understand the role of PCX and how it is regulated in the body, with the aim of developing infertility treatments.

Nie said the analysis of this molecule could be done in a standard pathology laboratory, making it relatively cost-effective to implement a future screening test.

“The only way we can currently test for PCX is through biopsies of tissue, which cannot be taken at the time when embryos are transferred,” she said.

“We need further research to develop non-invasive and real-time approaches for measuring PCX on the day of embryo transfer.

“Our hope is to deliver a simple test that can help patients and boost the precision and personalisation of IVF treatment.”

A patent application has been filed for the technology, with collaborators from Monash IVF now looking to further evaluate the potential clinical applications.

“Podocalyxin inhibits human embryo implantation in vitro and luminal podocalyxin in putative receptive endometrium is associated with implantation failure in fertility treatment,” with collaborators from Vrije Universiteit Brussel, University of Adelaide and Monash University, is published in Fertility and Sterility.