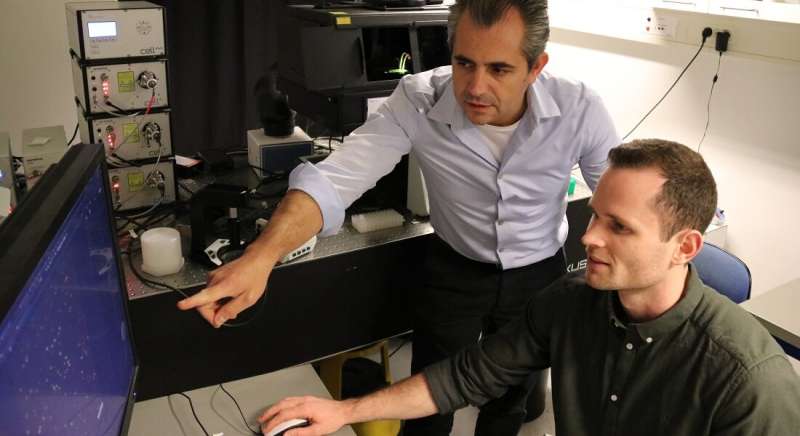 Researchers from the University of Copenhagen, in collaboration with their Swiss colleagues at the University Hospital of Bern, have cracked the code for controlling a group of enzymes that affect our metabolism.

The researchers’ findings could help us avoid diseases ranging from high cholesterol to infertility to certain types of cancer, which are all due, among other things, to hormonal imbalances.

They have found a way to influence a special protein called cytochrome P450 reductase (POR)—popularly characterized as the ‘conductor’ of the body’s protein orchestra, which helps regulate our hormones and makes it possible to break down medicinal products in the liver.

“We have developed a method to control this conductor using small molecules that are able to bind to the POR protein and thereby up- or downgrade the formation of certain hormones or help the degradation of certain drugs in the liver. These processes are important for several types of disease,” explains Simon Bo Jensen, a postdoctoral researcher at the University of Copenhagen’s Department of Chemistry.

Together with department colleague Associate Professor Nikos Hatzakis, who led the research project, Jensen found three molecules that can bind to the POR protein, and in doing so, influence how the conductor controls the protein orchestra—and thereby prevent diseases from developing in the body.

“By affecting the POR protein, we can activate or deactivate proteins with different functions—just as a conductor controls their orchestra. Imagine a violin that controls testosterone levels, a saxophone that affects cholesterol or a cello that is implicated in cancers. Now we can direct them,” explains Nikos Hatzakis.

Their findings have just been published in the journal Nature Communications.

The human body consists of many different proteins. One important group, often involved in several types of disease, is called P450. These proteins are managed by the heavy hand of the POR conductor.

If P450 proteins don’t function as they ought to, they can create an imbalance in our sex hormones, which can then lead to prostate cancer or other diseases. Postdoc Simon Bo Jensen explains:

“When it comes to prostate cancer, patients typically have trouble regulating a particular P450 protein known as CYP17. Our new method lets us design a molecule that can bind to the POR conductor and increase or decrease CYP17 without affecting other P450 proteins. By so doing, we can treat diseases like prostate cancer far more effectively, while avoiding serious side effects,” he says.

The researchers identified three molecules that can bind to and influence the POR conductor. Two of these are already being used in pharmaceuticals, while the third is a natural product derived from the sorghum plant.

The hope is that these three molecules will pave the way for the design of a greater number of even more effective molecules to prevent or treat diseases.

“By using artificial intelligence to sort data for hundreds of molecules, we can study which molecules bind to the POR conductor and cause it to act the way we want it to. So far, we’ve found the three mentioned,” explains Simon Bo Jensen.

Paving the way for effective medicines of the future

The researchers’ quest for just the right molecules to bind to the POR conductor is not over yet.

“We would like to explore whether there are other molecules that are even more effective at influencing the conductor’s behavior. For now, we have taken the first step and demonstrated that we can influence the POR conductor. In doing so, we’ve paved the way for future treatment methods of various types of disease,” says Nikos Hatzakis, who concludes: