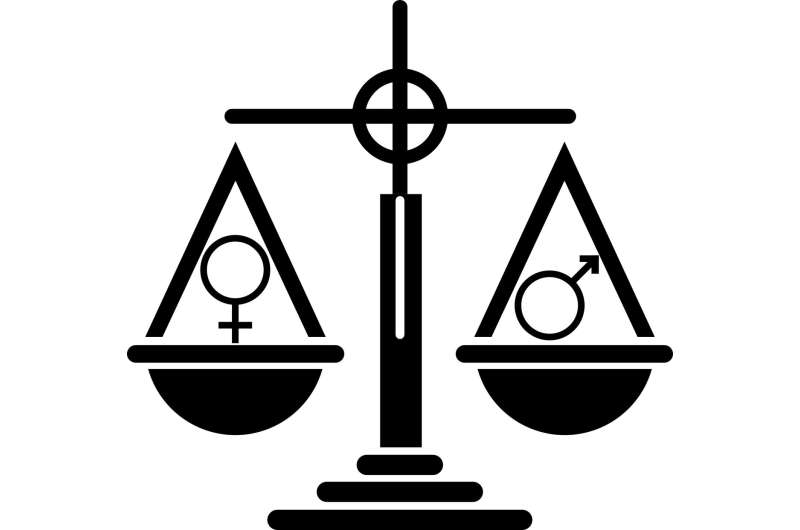 Throughout history, sports have been guilty of prioritizing certain groups at the exclusion of others. There has been a pervasive idea that being an athlete requires the demonstration of traditionally masculine traits. Any individual not doing so was, and often still is, susceptible to being harassed, sidelined, or ostracized.

Indeed, femininity has historically been considered nonathletic. Research finds some athletes describe a perception that being a “woman” and an “athlete” are almost opposing identities.

For these reasons and more, women’s sport has been held back in ways that men’s sport has not. While progress is certainly now being made, our new research, published this week, finds large gender gaps persist in sports research.

Women may experience sport and exercise differently from men. As in other areas of medicine, an evidence base that’s predominately informed by men’s experiences and bodies will lead to insufficient, ineffective outcomes and recommendations for women.

Some progress has been made

Progress in women’s sport is evident, and continues every year. Gender gaps across recreational and professional sport are slowly narrowing.

Girls’ involvement in sport continues to grow, with the number participating in high school sports in the United States increasing by 262% between 1973 and 2018. In Australia, participation in sport among women and girls between 2015-2019 grew at a faster rate than among men and boys.

Improved opportunity and exposure has also occurred in professional settings, and public interest has increased significantly. For example, the 2020 Women’s Cricket World Cup saw attendance records tumble, with the final played at the MCG in front of 86,174 fans.

Many sports now enter a complex new era of professionalization, as we’re seeing in AFLW.

Any growth in women’s sport must be supported by the underlying evidence base that informs it.

Research like this is critical for informing the services and systems which support peak performance. But the research has to represent its target, or else progress will be limited.

It’s now well understood that the field of medical and scientific research is rife with examples of the ways in which unequal participation by gender has caused negative health effects. With men’s experiences and bodies considered the norm, inaccurate understanding of causes, tools, and treatments have been frequent.

Medical and scientific research in sport is not exempt.

As sports become increasingly competitive and pressurized, sport psychology is critical to supporting athletes within these high-stress environments.

Following concerns about gender bias in scientific research, we wanted to understand whether the field of sport and exercise psychology was appropriately representative.

We recorded the gender of study participants across research published in key sport and exercise psychology journals in 2010, 2015 and 2020, to estimate gender balance over the last decade. This included studies on topics such as: physical and mental health, personality and motivation, coaching and athlete development, leadership, and mental skills.

Across more than 600 studies and nearly 260,000 participants, there were significant levels of gender imbalance.

We also identified that those studies which specifically explored themes relating to performance (such as coaching, mental skills, or decision-making) all featured samples with fewer women and girls, as compared to those focused on topics like health, well-being, or activism.

What our findings mean

Our findings, along with those of others, hint at a number of worrying conclusions.

Women and girls in sport are likely to be instructed in strategies and approaches informed by research that does not sufficiently represent them.

Among many factors, topics like coaching methods, injury management, and performance psychology are critical to sports performance. For some or all of these, women athletes’ experiences may differ from those of men.

Changes to policy have made a significant difference to gender equity in sport. But researchers and funding bodies must follow suit, ensuring we develop the understanding and methods to properly represent all groups we seek to serve. Only then can women’s sport truly flourish.

Provided by
The Conversation

This article is republished from The Conversation under a Creative Commons license. Read the original article.