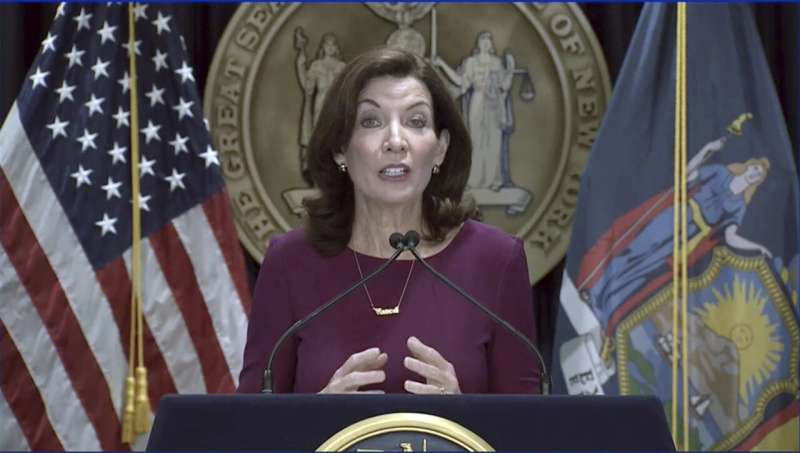 Just a day after the U.S. announced its first case of the omicron variant of the coronavirus had been detected in California, health officials announced Thursday it was found in a man who attended an anime convention in New York City in late November.

The man tested positive after returning home to Minnesota, health officials in that state said. Officials in New York said they were working to trace attendees at the convention, held Nov. 19-21 at the city’s Jacob K. Javits Convention Center. Vaccinations were required for the event.

“There is one way to address this—New Yorkers, get vaccinated, get boosted, and get ready,” the Democratic governor said.

Mayor Bill de Blasio said in a statement that “we should assume” there is community spread of omicron in the city.

The Minnesota man attended Anime NYC 2021 at the Javits Center, the Minnesota Department of Health said. The man, who had been vaccinated, showed mild symptoms Nov. 22 and sought COVID-19 testing Nov. 24. His symptoms have subsided.

Much remains unknown about the new variant, including whether it is more contagious, as some health authorities suspect, whether it makes people more seriously ill, and whether it can thwart the vaccine.

The U.S. recorded its first confirmed case of the omicron variant Wednesday. A vaccinated traveler who returned to California after a trip to South Africa on Nov. 22 developed mild symptoms and tested positive for COVID-19 Monday.