Researchers have conducted a study showing an extremely high prevalence of severe acute respiratory coronavirus disease 2 (SARS-CoV-2) within a strictly Orthodox Jewish community in the UK.

The SARS-CoV-2 virus is the agent responsible for the current coronavirus disease 2019 (COVID-19) pandemic that has now caused 105 million infections and more than 2.3 million deaths globally.

Evidence of an extremely high infection rate was observed across all age groups, with the highest rates seen among secondary school children and working-age adults, where prevalence reached 74%.

The analysis of serum from more than 1,200 participants showed that the seroprevalence of SARS-CoV-2 in this Jewish population was five times that estimated nationally and for London.

“In this tight-knit religious minority population in the UK, we report one of the highest SARS-CoV-2 seroprevalence levels in the world to date,” says the team from London School of Hygiene & Tropical Medicine and University College London.

The researchers say the findings provide further evidence that minority communities in the UK and elsewhere are disproportionately affected by the COVID-19 pandemic.

“Actions to reduce the burden of disease in this and other minority populations are urgently required,” writes Michael Marks and colleagues.

A pre-print version of the research paper is available on the medRxiv* server, while the article undergoes peer review. 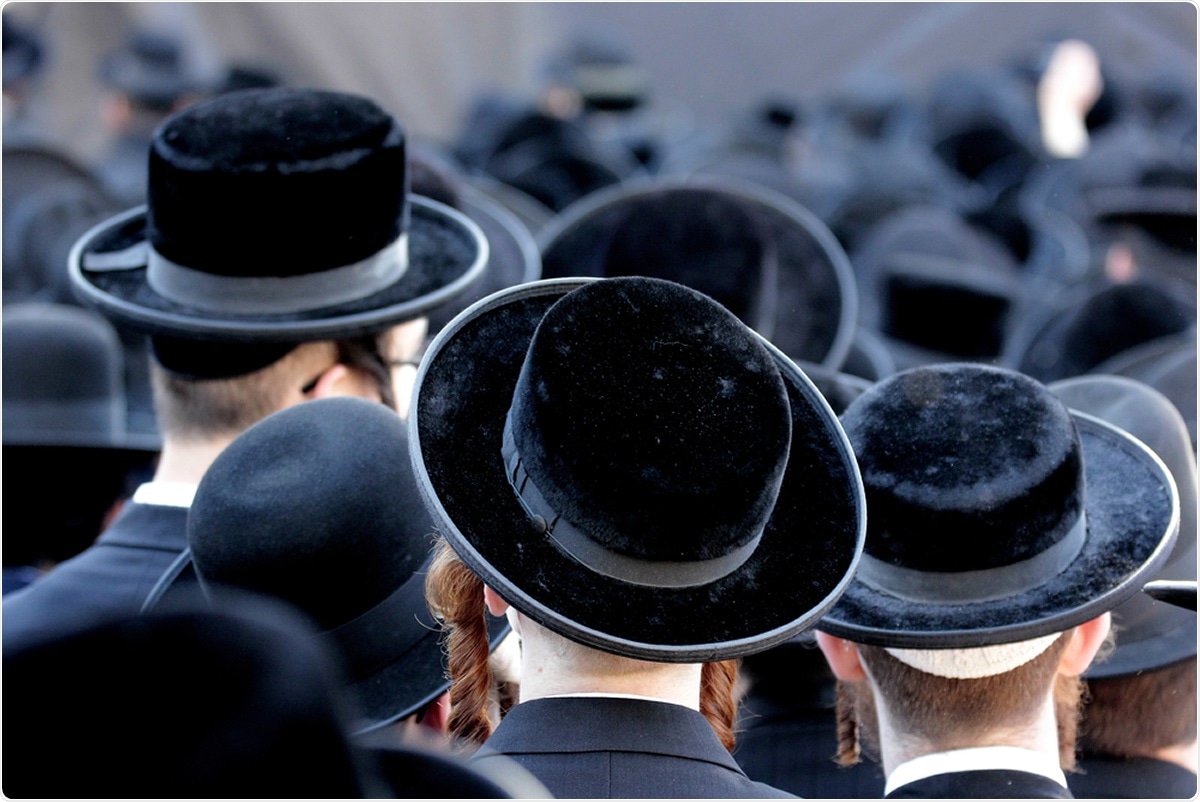 The COVID-19 pandemic has disproportionately affected minority ethnic groups in the UK, which see higher numbers of SARS-CoV-2 infections and COVID-19 hospitalizations.

The reasons are likely multifactorial, with examples including larger household sizes, less opportunity to work from home, delayed access to healthcare, and relative socio-economic deprivation.

Marks and colleagues say that most studies to date have focused on larger minority ethnic groups and not on smaller groups, such as the Jewish community.

“In particular, strictly Orthodox Jewish communities had anecdotally reported high rates of infection, morbidity and hospitalization during the first wave of the UK pandemic,” writes the team. “In Spring 2020, a UK tightly-knit strictly-Orthodox Jewish community became aware that they appeared to be experiencing a high burden of SARS-CoV-2.”

To measure the burden of infection and identify factors associated with transmission in a strictly Orthodox Jewish community, the researchers conducted a household-focused cross-sectional survey between late-October and early December 2020 – prior to the third national lockdown.

All households were visited within 10 days of completing the survey and 1,242 participants underwent serological testing with a multiplex assay for SARS-CoV-2 immunoglobulin G (IgG) antibodies.

What did the study find?

The overall seroprevalence for SARS-CoV-2 was 64.3%, ranging from 27.6% among children under 5 years-old to 73.8% among secondary-school children and 74.0% among working-age adults.

The researchers say the estimate of 64.3% seroprevalence is significantly higher than the national estimate of 6.9 % and 10.8% for London, resulting from random sampling performed in October by the Office for National Statistics.

“In this setting, there is a significant burden of disease in all age groups with secondary school-aged children having an equivalent seroprevalence to adults,” says the team.

“Over the course of 2020, the overall seroprevalence in this tightly knit religious community reached levels similar to those seen in Manaus, Brazil, where a seroprevalence of more than 65% has been reported in adults,” writes Michael Marks and colleagues.

Logistic regression analysis revealed that SARS-CoV-2 seropositivity was associated with increasing age, male gender, household size and being unable to work from home.

Seroprevalence was not associated with attendance at community gatherings or pre-existing comorbidities.

What do the authors advise?

The team says the findings point to an extremely high rate of SARS-CoV-2 infection in this strictly-Orthodox Jewish community.

“This provides further evidence that minority communities in the UK and elsewhere are disproportionately affected by the COVID-19 pandemic,” says Marks and colleagues.

The researchers say that contextually appropriate measures to reduce the burden of SARS-CoV-2 among minority populations specifically are urgently needed.

“Further studies to better understand drivers of transmission in ethnic and religious minority populations, conducted wherever possible in partnership with communities themselves, are urgently needed to reduce health disparities and improve outcomes for these populations,” concludes the team.