In the context of the coronavirus disease 2019 (COVID-19) pandemic, several studies have discussed the development of point-of-care (PoC) testing devices and biosensors for the diagnosis and identification of the severe acute respiratory syndrome coronavirus 2 (SARS-CoV-2). 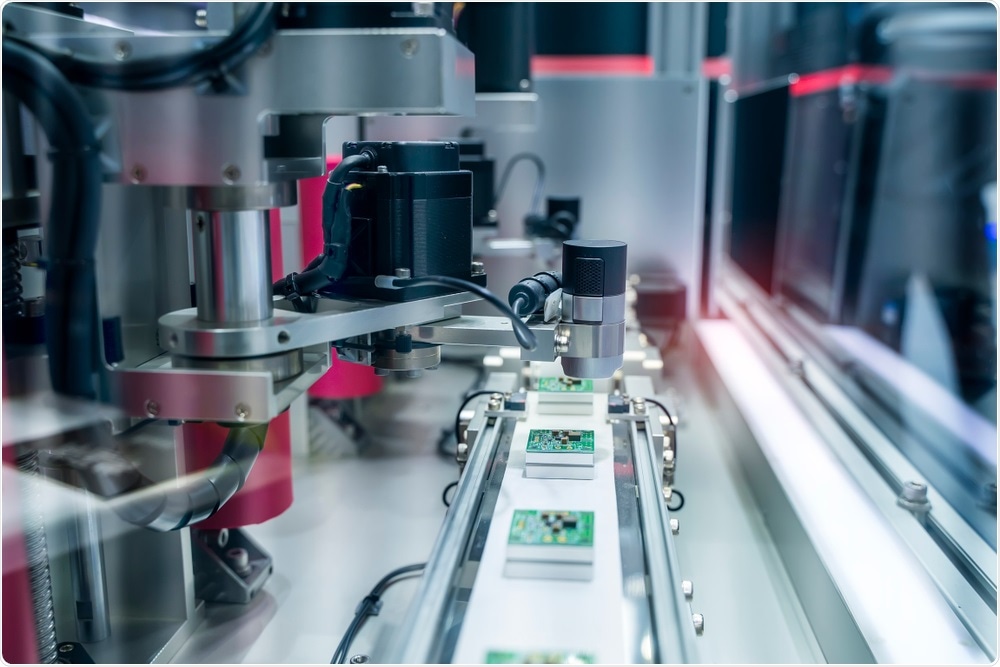 Reverse transcriptase-polymerase chain reaction (RT-PCR) is the primary diagnostic assay used for the detection of SARS-CoV-2 viral ribonucleic acid (RNA) in oropharyngeal swab samples. This is the current gold standard for diagnosis and testing because it is highly sensitive and specific.

However, RT-PCR is a time-consuming process that requires specific reagents, specialized personnel, and equipment. Therefore, this technique cannot be widely used for contact tracing. Moreover, it is usually performed after the onset of symptoms.

This test also has some analytical limitations including the possibility of false positives and negatives. Differences have been observed in the performance of different test kits.

Due to the limitations of RT-PCR, there remains a need for fast, accurate, and readily available tools for controlling this pandemic. To this end, PoC testing or near-patient testing refers to a test performed near the patient outside of the laboratory setting.

PoC devices and biosensors are simply operated, cost-effective, and easily employed in areas with lower accessibility to centralized healthcare and well-equipped laboratories. Along with the development of therapeutic approaches and vaccines for SARS-CoV-2, there is a high demand for scientists to develop new highly accessible biosensors.

Biosensors using cellulose and its derivatives are beneficial due to their availability and improved environmental safety profile. Even before the COVID-19 pandemic, many approaches have been developed to achieve a successful biosensor on cellulose-based substrates.

These include immobilizing specific reagents that react with a given compound or group of compounds from the sample on these substrates. This reaction is then translated by monitoring visible alterations or electrochemical detectors.

Other types of paper-based sensors include microfluidics on paper or simple dipping/casting methods that are similar to the common pH paper method. Another example is the glucose meter that is made on a paper substrate.

There are many types of cellulose paper and its chemically-derived materials that have been used in biosensors, which allow for fine-tuning these devices. Paper is suitable for making such devices because it is compatible with most reagents, can be chemically modified for different functions, and has high thermal and mechanical strength.

Viral RNA that is extracted from an oropharyngeal swab can be directly measured in a PoC setting using various different analytical methods. These include:

SARS-CoV-2 can be identified in a sample through the detection of viral antigens specific to the virus including the nucleocapsid protein (N) and spike protein (S). The SARS-CoV-2 S antigen can be detected in the LFA format by using the angiotensin-converting enzyme 2 (ACE2) receptor as a capture molecule for flowing immunocomplexes.

Sialic acid is another chemical used to detect S antigen in the LFA format. This circumvents the need for antibodies and immunoassay-based detection of this antigen. Another LFA device for S antigen detection employs nanozymes and chemiluminescence signaling, which allows portable reading using smartphone readout.

Using the LFA system, the N antigen can be detected by fusion antibodies produced from cloned phages. One device detects S and N antigens simultaneously using the LFA system with up-converting nanoparticles and a 5G-enabled fluorescence sensor for IoT applications. Likewise, the ReScan performs a high-throughput, proteomic detection of S and N antigens and their subunits by printing antibodies targeting the antigens in a nitrocellulose substrate.

Surface-enhanced Raman spectroscopy (SERS) combined with paper-based devices provides label-free optical detection and can be used with body fluids such as tears, saliva, as well as nasal and throat swabs without requiring any sample pre-treatment. Another reported paper-based electrochemical biosensor uses a label-free method for S protein antigen detection.

Currently, several paper-based biosensors have been developed for interleukin-6 (IL-6), C-reactive protein (CRP), ferritin, and procalcitonin (PCT) detection, all of which are markers of an immune response. Regenerated cellulose membranes used for the concentration of the chemical tested are applied for sensitive electrochemical detection of IL-6.

One device using an LFA system for IL-6 detection at the bedside has been reported using gold-based immunoassay. Another paper-based device uses a folding approach targeting IL-6 in COVID-19 patients for disease progression monitoring.

In another study, researchers reported the use of a paper-based electrochemical biosensor that relies on gold nanoparticles-modified electrodes to exploit the affinity of CRP to Ca2+ for binding and subsequent current transduction. Another LFA system using an asymmetric polysulfone membrane for delayed-release and is paired with chemiluminescence signaling for improved sensitivity has also been reported.

Ferritin can also be detected using paper-based electrodes. The immunocomplex formation causes alterations in current signals correlated to the presence of ferritin. Moreover, another LFA system has been developed for PCT detection that uses nanoparticles conjugated with anti-PCT antibodies for sensitive fluorescence detection.

Paper-based tools may be useful in epidemiological settings, including immunity assessment of populations exposed to the virus, as well as for wastewater monitoring to provide an early warning indicator of viral spread.

There is a scope for developing quantitative sensing in paper-based devices. This can be enabled by portable readers, functionality-embedded smartphones, or portable potentiostat units with signal transmission capabilities.

The analytical features of current devices can be improved by incorporating different nanomaterials or other synthetic recognition elements. Nanomaterials can be highly beneficial in detecting SARS-CoV-2 infection or antibodies in different samples by decreasing the detection limit and increasing sensitivity. This will enable reliable self-testing, thus decreasing the burden on healthcare facilities.

Dr. Shital Sarah Ahaley is a medical writer. She completed her Bachelor's and Master's degree in Microbiology at the University of Pune. She then completed her Ph.D. at the Indian Institute of Science, Bengaluru where she studied muscle development and muscle diseases. After her Ph.D., she worked at the Indian Institute of Science, Education, and Research, Pune as a post-doctoral fellow. She then acquired and executed an independent grant from the DBT-Wellcome Trust India Alliance as an Early Career Fellow. Her work focused on RNA binding proteins and Hedgehog signaling.