Last summer, a team of researchers from the Department of Biomedicine at Aarhus University, Denmark, published the findings of their latest project in the scientific journal Movement Disorders.

The evidence they collected was groundbreaking in the field of Parkinson’s disease research. They were able to conclude that the immune functioning of patients with Parkinson’s disease is markedly different from that of healthy patients, with the immune cells present in their blood being so dissimilar that it could call for a new therapeutic approach to inhibit neural deterioration by targeting the immune system. 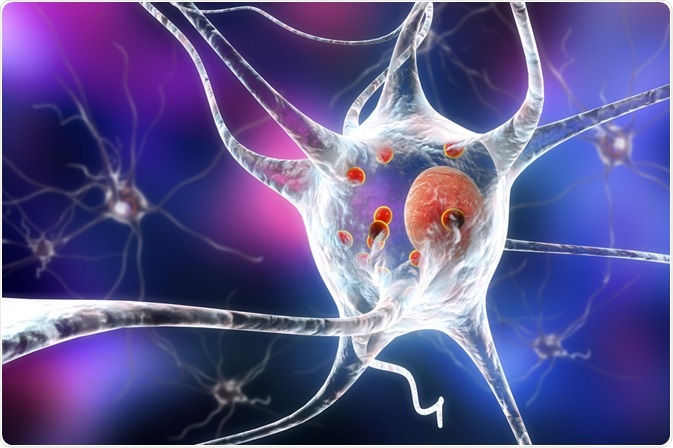 Parkinson’s disease is an immune disease and not just a brain disease?

Historically, Parkinson’s disease has always been considered solely a brain disorder, due to the significant structural changes that occur in the brains of people carrying this disease. However, a growing body of evidence has begun to point to the possibility that it could equally be considered a disease of the immune system.

It is this growing theory of the immune basis of Parkinson’s disease that inspired the Danish team to conduct their study.

The team recognized that gaining an understanding of how the immune system plays a role in the development and progression of the disease would open doors to new avenues of treatments. They envisioned the possibility of establishing a supplementary immune-regulating treatment option to be offered alongside current treatments.

Given that the therapies presently available to people with Parkinson’s disease are only effective to control the symptoms, the team saw a key opportunity to develop an additional drug that may help to slow down the progression of Parkinson’s disease.

A total of 29 patients with Parkinson’s disease were recruited to take part in the study, and an additional 20 people were also recruited for the control group. Using flow cytometry, the researchers analyzed blood samples from both groups in order to detect the protein alpha-synuclein.

This particular protein is strongly associated with Parkinson’s, with build-ups of the protein, known as Lewy bodies, positively correlated with worsening symptoms. The researchers also measured the levels of immune cells in the blood.

Results revealed that the regulation of immune cell surface markers was negatively affected in patients with Parkinson’s disease compared to controls. They also observed that the immune cells in the blood from Parkinson’s patients performed worse at secreting anti-inflammatory molecules.

This evidence suggests that immune function is related to the inability observed in people with Parkinson’s of clearing buildups of the alpha-synuclein protein.

It is known that the immune system relies on a subtle harmony between destroying and removing unwanted and invading molecules, and protecting and preventing damage to the body’s own cells. The inflammatory response of the immune system addresses the destruction of unwanted substances, but in turn, this inflammation has a negative impact on the body.  The results of this study suggest that this delicate balance disappears in patients with Parkinson’s disease.

In addition to the evidence collected by the Danish team’s study, previous work has revealed that immune cells in the blood that contain the CD163 receptor on their surface migrate to the brain in people with Parkinson’s.

Once they reach the brain, they are enlisted to help clear up the build-up of alpha-synuclein, which damages the brain. With the information gained from the current study, we now know that these immune cells are already incorrectly regulated in the blood before traveling to the brain.

These findings led the team to conclude that it may be possible to slow down neurodegeneration by intervening at the level of the immune system, helping it to correct the regulation of its cells. It is theorized that further studies could help develop a drug that could do just that.

Scientists believe that the results of this study will also influence the development of new preventative measures. For example, it is suggested that those who are considered to be at a greater risk of developing Parkinson’s disease, such as those with REM sleep behavior disorder (RBD), could be monitored by screening their blood for immune cells.

In addition, it is also suggested that exercise could be prescribed as a form of treatment for inflammation, helping to prevent the development of Parkinson’s in the first place.

After studying Psychology and then Neuroscience, Sarah quickly found her enjoyment for researching and writing research papers; turning to a passion to connect ideas with people through writing.