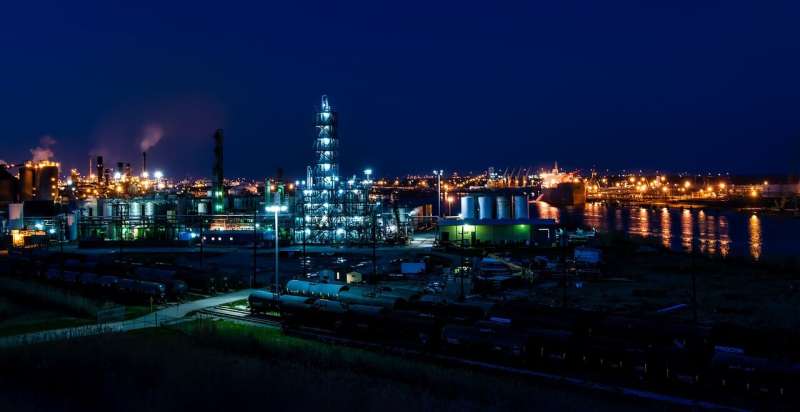 The unprecedented rainfall from Hurricane Harvey in 2017 brought more than flood damage to southeast Texas. For people living in environmental justice communities such as the Manchester neighborhood near the Houston Ship Channel, heavy rainfall and flooding may have increased risks of exposure to harmful chemicals from nearby industry.

To gain a better understanding of how flooding mobilized pollution in the area, a research team led by Garett Sansom, DrPH, research assistant professor in the Department of Environmental and Occupational Health at the Texas A&M University School of Public Health, analyzed samples of soil from the Manchester neighborhood collected immediately after Hurricane Harvey. Findings were just published in the Journal of Health and Pollution. Student and faculty researchers along with staff from Texas Environmental Justice Advocacy Services and residents of Manchester collected soil samples at 40 locations throughout Manchester one week after Harvey. The samples were then processed and analyzed to measure concentrations of pollutants known as polycyclic aromatic hydrocarbons (PAHs), which are linked with poor health outcomes, including different types of cancer.

PAHs come from incomplete burning of hydrocarbons like wood and fossil fuels. They are found in high concentrations near oil refineries and other industrial facilities as well as major highways and other transportation hubs like shipyards and railways. PAHs also attach themselves to particles in the air, meaning once they settle, they can be moved around by flood waters. The high baseline levels of PAHs in Manchester have thus fueled resident concerns that floods such as those caused by Hurricane Harvey could increase exposure risks.

Manchester is close to the Houston Ship Channel, a major interstate highway, a large railyard and several oil refineries. Previous studies have found that this neighborhood has a disproportionately high level of PAH pollution and associated health risks. Because of this it is important to understand how flooding and other disasters impact the area. Flooding is becoming a greater concern for residents in Manchester as well as in other locations in the Houston area as the frequency of heavy rainfall events appears to be increasing. Between 1981 and 2000, the odds of a rainfall event of more than 20 inches increased by one percent, and this frequency is expected to grow by 18 percent between 2018 and 2100.

The analysis found differences in PAH concentrations across all 40 sample sites, with nearly half of Manchester contaminated to some degree and nine of the sites having a higher PAH concentration than the minimum standard for increased cancer risk. The highest concentrations were found at sites closest to the highway and the Houston Ship Channel, and the lowest concentrations were in farther away locations. The distribution of PAHs in Manchester may have been controlled in part by the way flood waters moved through the area. However, the researchers did not have data on street-level differences in surfaces for their analysis. Thus, it is unclear how much surfaces that do not absorb water, such as streets and sidewalks, contributed to the distribution pattern.