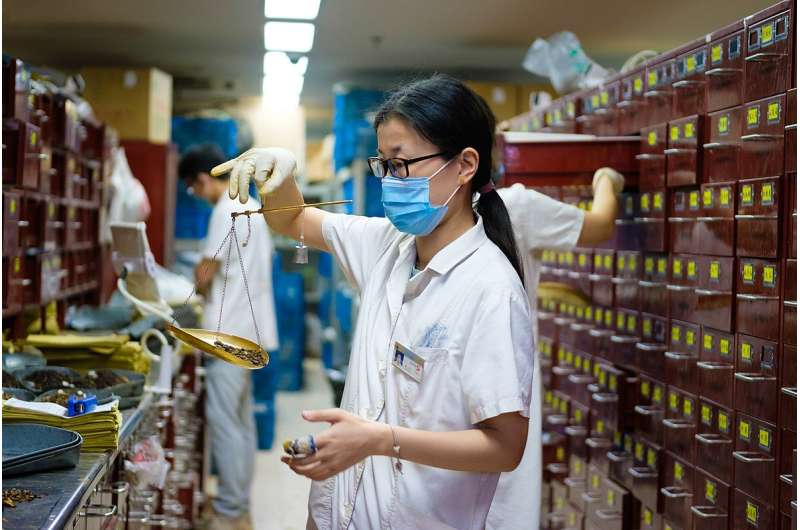 As Asia Pacific emerges from the COVID-19 pandemic, the region plans to fall back on traditional and complementary medicine to enhance health care delivery with support from the WHO.

At a meeting of the WHO’s Western Pacific Region on 28 October, health ministers adopted a resolution to improve access to safe, effective and “culturally accepted services” to harness the role of traditional and complementary medicine for health and well-being.

Takeshi Kasai, WHO regional director for the Western Pacific, explains: “Traditional and complementary medicine services that are evidence-based, safe and of assured quality are valuable in contributing to a holistic, patient-centered approach to achieve health and well-being.”

Kasai adds that traditional medicine can play a particularly important role in the health and well-being of aging populations and people with chronic conditions.

WHO will provide technical support to the 37-member states of the region, home to 1.9 billion people, to help develop, update and implement national guidelines, strategies and tools, increase long-term investments in traditional and complementary medicines and strengthen public and consumer education to enable informed decision-making.

Imelda Angeles-Agdeppa, director of the Philippine’s Food and Nutrition Research Institute, says that the WHO commitment to traditional and complementary medicines is a very good move and one that gives importance to age-old knowledge passed on through generations.

For instance, virgin coconut oil (VCO) has been traditionally used in the Philippines with the long-held belief of antiviral properties.

“Using this knowledge, we decided to put this to test and see whether we can use it in the fight against COVID-19,” she says. “Results of our studies have shown that it’s possible to use virgin coconut oil as adjunctive therapy for hospitalized COVID-19 patients with those given VCO every meal, three times a day, avoided progressing to severe cases. The intervention resulted to savings of millions of pesos in possible expenses for severe cases.”

The promotion and development of traditional and complementary medicines can help bring a shift from a disease-oriented approach to health to one that is person- and community-oriented, the meeting noted. Included is a plan is to develop policy and program innovations to foster schools as environments that invest in health.

“As many as 611 million children and adolescents call the Western Pacific region home, and most spend a third of their time each year in school,” says Kasai. “That is why we need a special focus on health in schools—to address the risks children and adolescents face to their health today and help them to form habits that will be a foundation for long, healthy lives.”

Nutrition is also a key challenge for the region given that an estimated 12 million children having stunted growth. In addition, injuries, violence, substance abuse, mental health conditions and unsafe environments are common problems.

“We have an opportunity to act now to change the future by investing in schools as ‘incubators’ for health. They have a critical role, not only in supporting children in their academic learning but also in influencing them to be healthier and achieve their highest capability and potential,” Kasai says.

Governments may consider context-specific development and full utilization of traditional and complementary medicines to ensure quality and safety of services, the meeting heard. Countries may develop models for service delivery that are complementary to broader health systems and based on the context and needs of the population.

“Whether it’s to treat ailments or promote health, traditional and complementary medicine is used extensively by people in the Western Pacific, but its practice varies widely, depending on the social and cultural context,” Kasai says.

He says that there is evidence to support the assertion that traditional and complementary medicines help improve quality of life. He adds that traditional medicine can play a particularly important role in the health and well-being of aging populations and people with chronic conditions.

During the same event, Japan’s Minister of Health, Labour and Welfare Shigeyuki Goto said the member countries had much to learn from Japan’s experience in confronting the pandemic.

“Among the G7 nations, Japan has the lowest number of COVID-19 deaths, and we were able to safely host the Tokyo 2020 Olympic and Paralympic Games thanks to all the preventative measures taken, including a focus on the ‘3 C’s’—avoiding closed spaces, crowded places and close-contact settings. “

However, countries in the Asia Pacific especially those from South-East Asia, consistently lagged in COVID-19 resilience assessments. Indonesia, Malaysia, Thailand, Vietnam and the Philippines are in the bottom six for the second consecutive month in the Bloomberg resiliency ranking.

Maria Rosario Vergeire, undersecretary for health in the Philippines says the actions taken by her country against COVID-19 cannot be compared to those in countries like the US where the health system was “already robust, being a high-income country.”