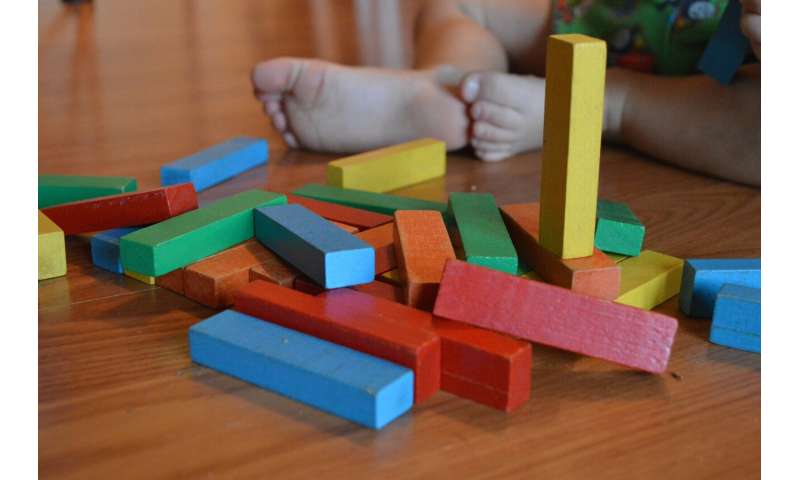 A preschool enrichment program developed at Penn State helps boost social and emotional skills that still have positive effects years later during middle and high school, according to a new study.

The researchers found that students attending Head Start preschools that implemented the Research-based, Developmentally Informed (REDI) program were less likely to experience behavioral problems, trouble with peers and emotional symptoms like feeling anxious or depressed by the time they reached seventh and ninth grade.

Karen Bierman, Penn State Evan Pugh Professor of Psychology, said she was encouraged that the students were still showing benefits from the program years later.

“The program had an effect on internal benefits, including better emotion management and emotional well-being, as well as external benefits, such as reduced conduct problems,” Bierman said. “So not only did the program result in fewer distressed adolescents, but it also resulted in less distress for their teachers and peers, as well. It’s an important finding to know we can promote these long-term benefits by intervening early with a strategic prevention programming embedded in a well-established public program like Head Start.”

According to the researchers, living in poverty is difficult for children and their families. The lack of resources and added stress increase the chance that a child may develop gaps in social, emotional and language skills by the time they begin school, placing them behind other children growing up in more well-resourced circumstances. Moreover, this gap tends to widen over time, placing children in low income families at risk for developing emotional and behavioral problems by the time they reach adolescence.

But Bierman said previous research has also shown that stronger early social-emotional and self-regulation skills can protect against these effects, creating an opportunity for preschool programs to help close some of these gaps.

The REDI program was developed at Penn State as a way to build upon the existing Head Start program, which provides preschool education to low-income children. The REDI program aims to improve social and emotional skills, as well as early language and literacy skills, by incorporating stories, puppets and other activities that introduce concepts like understanding feelings, cooperation, friendship skills and self-control skills.

“It’s a program that teaches skills like how to make friends, how to be aware of your and others’ feelings, and how to manage strong feelings and conflict,” Bierman said. “These programs are designed to enhance the child’s ability to get along with others, regulate their emotions, and develop coping skills.”

She added that REDI also promotes language development with daily interactive reading and discussion sessions that involve children in talking through the social and emotional challenges faced by story characters.

For the study, the researchers identified 25 preschool centers participating in Head Start. After obtaining consent from the children’s parents, 356 children were cleared to participate in the study. Classrooms were randomly assigned to be part of the intervention group—which included the REDI program enhancements—or the comparison group, which was instructed to proceed with the school year as usual.

Students were assessed at the beginning and end of the preschool year, as well as at several checkpoints as they moved into elementary, middle, and high school. For this study, teachers rated students during seventh and ninth grade on such factors as conduct problems, emotional symptoms, hyperactivity and inattention, and peer problems.

“After the children left preschool, they moved on to many different schools and school districts,” Bierman said. “Once they reached seventh and ninth grade, their teachers who provided ratings for this study didn’t know who had been in the REDI classrooms and who hadn’t, so it was very much a blind rating.”

“Teachers gave these ratings using clinical screening questionnaires, so students with very high difficulties may have problems significant enough to be referred for mental health treatment,” Bierman said. “The main effect of the REDI program was to reduce the number of adolescents scoring in the highest risk category in adolescence and move them to a lower risk category.”

The researchers said the results—published today (Dec. 10) in the American Journal of Psychiatry—suggest that programs like REDI can help reduce the gaps in school readiness and mental health that can come when early development is disadvantaged by financial hardship and lack of access to resources and supports.