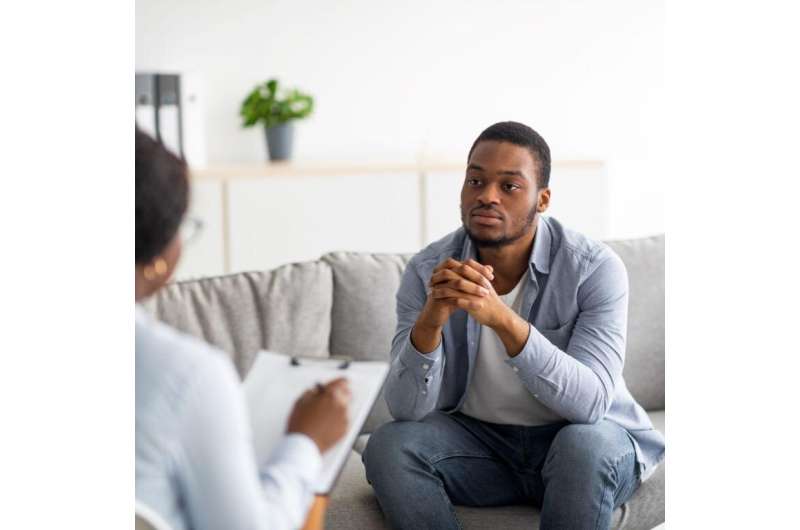 Globally, mental health was severely impacted by the COVID-19 pandemic, and although many parts of life seem to have returned to normal, people continue to search for ways to improve their mental wellness.

With more young adults opening up about the state of their mental health, and many looking for care providers, Tufts Now reached out to clinician Paul Summergrad, psychiatrist-in-chief at Tufts Medical Center and the Dr. Frances S. Arkin Chair of Psychiatry and professor of psychiatry at Tufts University School of Medicine to find out about the state of mental health in America, specifically for young adults who continue to navigate a new world.

“The topic of mental health, which includes substance use and its complications, has dramatically intensified in the last three or four years,” Summergrad said. “Certainly, the COVID-19 pandemic has had a major impact on this, just because that’s the nature of pandemics—they’re profoundly disruptive.”

Tufts Now: How did the pandemic in particular impact mental health?

Paul Summergrad: When you have a world-altering event like the pandemic, it creates uncertainty.

It threatens people’s lives, upends the way in which we live, and disproportionally affects all sorts of different groups. There’s an enormous unacknowledged and ungrieved societal level death toll. We’ve lost more than a million people in the United States. If you look at excess mortality, it’s greater than that, yet we have no public way to mourn.

Twenty-one years after the terrible event of September 11, 2001, I remember it as if it were yesterday. It’s very distinctly in my consciousness. We grieve that particular day. We don’t have a national monument of grieving around COVID-19. We have not come together in shedding our partisan jerseys, if you will.

Then, you think of the impact on kids who weren’t able to go to school. We haven’t had enough research on why kids’ mental health has been affected as much as it has. Although it may seem self-evident, there are a lot of questions still to be answered, like, if kids can’t go to school, why are they being impacted? Is it because they can’t play? Is there something else going on? Is it because they’re watching their parents getting upset? Or watching grandparents getting ill or dying from this virus? I think all those things really have taken a toll on mental health.

Do you think people are speaking more openly about their mental health?

I think conversations around mental health have come a long way in the last decade, people are more comfortable talking about it. But it’s not always well-suited for public discourse because it tends to get politicized.

What I mean by that is that it becomes a talking point when considering what to do about things like guns. There are people who believe we don’t have to do something about guns, we have to do something about mental health. Similarly, there are people who don’t think we should have restrictions for COVID-19 because it can negatively impact mental health. It’s great that people are concerned about mental health, but it gets worrisome when it feels a little bit like it’s getting caught up in a particular political viewpoint.

On the one hand, there’s more openness to talking about mental health than there has ever been. There’s also more awareness that we’ve had a terribly serious crisis of access.

Can you go into more detail on that crisis of access, specifically in Massachusetts?

As of September 12, in Massachusetts, there were almost 700 people waiting in emergency rooms for prolonged periods of time for inpatient psychiatric beds: including 488 adults and 87 pediatric patients and over 100 geriatric patients. And the numbers are going to go back up again, in part because the summer is over. Interestingly, historically child psychiatric admissions go to very close to zero in the summer when kids are out of school. Another reason to understand why the pandemic experience has been so different.

This is what’s happening in the Commonwealth, but this is also happening all across the country and we have a lot of beds compared to other places in the United States. It remains a very serious issue.

How common are mental disorders today?

Mental disorders remain very common. Whether they’re as common as our diagnostic nomenclature says they are, is another question. But it probably shouldn’t be surprising that they’re common.

What is unusual about them is they tend to be disorders of young people. A lot of mental disorders begin in childhood or adolescence, and can include:

Schizophrenia also has a peak onset in the late teens to early 20s.

These are disorders that tend to present early and are the dominant disorders in terms of disability of young people in the United States. The thing that’s most likely to make you ill, disabled, or impaired if you’re 25 years old in the United States isn’t going to be cardiovascular disease, it’s likely to be a mental disorder, including substance use disorders. Death by suicide is among the most common forms of mortality in the same age group and of course leads to decades of life lost.

Have any significant research discoveries been made to help improve mental health?

We have treatments for many conditions that work better than what we had 30 or 40 years ago, but whether they’re good enough is a different story. They’re probably not targeted enough. They probably have too many side effects. We have too little data about how long treatments need to be provided for which conditions and when it’s safe to stop them. We need more research in both psychotherapeutic and psychopharmacologic treatments.

Some of what’s going on in our mind is externally visible through behavior, but a lot of how you feel is known only to you. It’s not known to other people in quite the same way, even if there are signs or symptoms or signals. All that makes psychiatry a very unique area of practice and one that has to be approached with a great deal of respect for the patients, and humility and circumspection by the practitioners.

When we last spoke to you in 2014, the common consensus was that roughly 25% of people had some form of a mental disorder. Is that figure still true today?

I’m not sure I completely trust any of these numbers, but whether it’s 20% or 25%, it’s a significant figure. And the years of life lost from or impacted by a disability can be very significant.

If you have a disease that starts when you’re 90, and you live to be 93, you have three years of life with a disability. But the number of years of impact is not enormous. If you die by suicide when you’re 23 due to a mental disorder and the average lifespan is 75 or 80, that’s a lot of years of life lost.

For patients, yes. I think it allowed care to continue during the pandemic. It isn’t a panacea in the sense that it doesn’t create more clinicians or time with them. We have rules that govern the practice of medicine and other healing disciplines that require providers to treat patients only in states in which they are licensed, even on telemedicine appointments.

Luckily, during the pandemic, emergency rules went into effect that allowed students who returned home to continue receiving care where they went to school. It allowed them to work with their doctors or therapists across state lines. These rules are beginning to go back to normal now, which is unfortunate as it’s making it harder for people to continue care across state lines. But I do think it allowed changes that we wouldn’t have seen before.

For example, Medicare has said they’ll pay for telepsychiatry permanently and MassHealth (Medicaid in Massachusetts) made the same commitment. The use of telehealth platforms has also become more standardized, even with cross-state licensure issues. But the demand for mental health services is so high, that getting people in has been very challenging and telehealth doesn’t automatically give you the space and access to care simply because it’s a different medium than sitting in an office.

What can be done to improve access to care and to reduce the stigma attached to mental health care?

A lot of that depends on funding for training positions and the way those positions are funded by Medicare or health systems. Also, if clinicians are reimbursed by insurance companies at a lower rate than they would earn independently, or if it’s difficult for people to use their insurance because of the amount of paperwork or intrusion and micromanagement by an outside entity is extremely high, then clinicians won’t take insurance. And there’s such a demand that providers will see people privately, which means patients will not get to use their insurance, which then creates hurdles for many patients, especially those who don’t have the means to pay for treatment out of pocket.