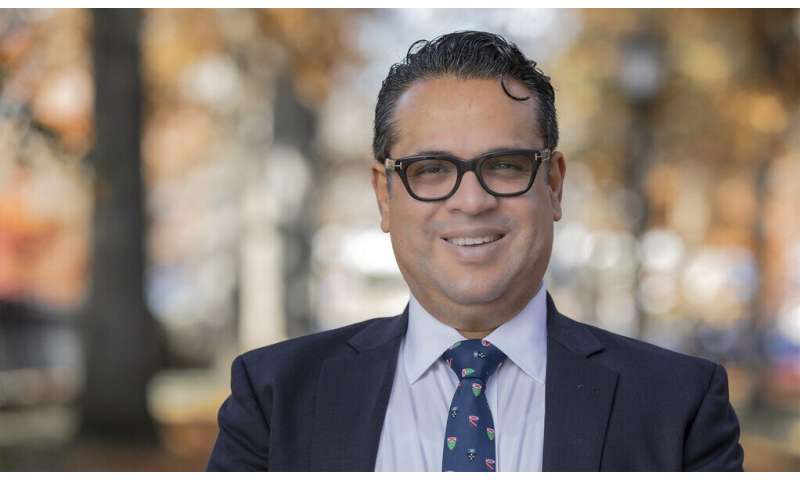 Yale’s Saad Omer has devoted his career to studying the spread of respiratory diseases like influenza and SARS CoV-2, which causes COVID-19, and how society can increase vaccination rates.

In an interview with YaleNews, Omer, a professor at Yale School of Medicine and director of the Yale Institute for Global Health, sheds light on what we have come to know as the “waves” of COVID-19—how they proceed, why we’re experiencing another one, and what to expect next—as well as how to build public trust in vaccines in development.

Omer is also the Susan Dwight Bliss Professor of Epidemiology of Microbial Diseases at Yale School of Public Health, and an adjunct professor at the Yale School of Nursing.

The following conversation has been condensed and edited.

The rising number of COVID infections in Connecticut and across the country suggests that we have entered at least a second wave. Can you explain?

There are several reasons why we are seeing these waves. One, it’s impossible to shut down state borders. Eventually, you will see substantial importation from other states. Two, most respiratory viruses, including coronaviruses, transmit more efficiently during winter months. They respond to the change in humidity, and there are more people indoors. And third, people start to relax because of the economic imperative.

The waves will end either from immunity due to vaccination or when there are so many waves that so many people become infected. But that is a dangerous prospect—because it means many people are going to be killed. The ideal thing is to stall the spread and get people vaccinated as quickly as possible.

How can we slow down this wave we are currently experiencing?

We can slow it down if we focus on mask wearing, which we have to do as a country. There are only limited things one state can do to contain it. Mask wearing really works when it’s done at a high level. We also have to make sure people don’t congregate, especially where there is a lot of conversation, singing, and/or poor ventilation. We need to invest in better ventilation. On the economic side, giving people economic security de-incentivizes high-risk behaviors. You won’t have to go out if you have something to fall back on.

Why is a rising number of infections particularly worrisome as we enter cold and flu season?

Flu cases in a regular season are a burden on the healthcare system. As a COVID-19 surge happens, it displaces care for other diseases. In Australia, we saw a very low flu season during the outbreak due to COVID-19 prevention efforts. But while that data is reassuring, there is no guarantee that will happen in the U.S., as prevention efforts are not as widely accepted here. To guard against it, we need as high a flu vaccination rate as possible.

There have been promising developments in COVID-19 vaccines. How do you see them affecting the current and future waves?

Unfortunately, the earliest [that] vaccines can start having an impact is early next year. Approval is likely to come in late November or early December, and first doses could go out early next year—and that is optimistic. And we are going to need pretty substantial doses. Non-pharmaceutical interventions have to be the focus for this wave. We need to focus on mortality first and then transmission.

What’s needed to build public trust in the COVID-19 vaccines?