Alcoholism is a serious disease, and it’s perfectly normal for people in recovery to want to steer clear of booze at all times. Just ask this Redditor, who is fighting with her family after they pushed back on her boundary of not having alcohol in her home because of her husband’s sobriety.

User @xlynnxo took to the /AmITheAsshole Subreddit for some insight into this slippery debacle. For context, her husband is a recovered alcoholic, and she has bipolar disorder. “We were a mess, but [after] multiple rehab and psych ward visits, we are now 35, and he is 10 years sober and I am medicated and stable,” she wrote. “So although we’re both in a very good place in our lives, we do have zero alcohol in the home for obvious reasons.”

@xlynnxo and her husband don’t care if others drink around them; however, bringing alcohol into their own space is a hard limit because it helps prevent her husband from relapsing. Her family knows all of this, but it still became a point of contention when @xlynnxo volunteered to host Christmas dinner this year.

“Now I did say from the get go that I don’t mind hosting, but there can not be any alcohol in my home, and if this was going to be a problem, then we should just do it else where as I don’t want to risk anything,” she recalled. “This may be dramatic, but when you live with a recovered addict you have to be as cautious as possible. No one said anything, and I assumed everything was fine and that they were all okay with the no alcohol rule.“

Spoiler alert: Her family was not fine with it. Despite the previously established hard line, @xlynnxo’s sister called her up days before Christmas and asked if she’d be okay with her bringing a bottle of Prosecco to dinner. When @xlynnxo said no, it snowballed into a big fight.

“[My sister] said I was being dramatic,” she wrote. “After speaking to my mom, she said it was too last minute to change arrangements, and, ‘Is one day of alcohol really going to affect much?’ I personally feel like my sister brought it up so last minute to try and force me in a corner, but I just said that if they want alcohol, they’re not coming into my home with it.” 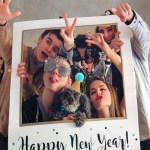 @xlynnxo and her husband ended up having a “lovely quiet Christmas” on their own, sans family and booze. But she still has doubts about how she handled the situation, writing, “I felt as though I didn’t do anything wrong, but I’m starting to think maybe I should’ve offered to pay to eat out or something instead so everyone could have a drink? … So, AITA?”

According to AITA Redditors in the comments, @xlynnxo has nothing to apologize for. In fact, many people accused her family of trying to manipulate her and her husband by bringing up the alcohol convo so close to Christmas dinner.

“You were up front about it, you have very legitimate concerns, and your family tried to manipulate you,” one commenter opined. “None of this is your fault.“

Plus, if skipping a drink for one meal is such a big deal, perhaps @xlynnxo’s family has some issues of their own to unpack.

“They were warned in advance; plenty of time was available if alternate arrangements were needed,” another user wrote. “Seems pretty petty for them to chose having a drink on one night over not seeing you at Christmas.”

Before you go, read up on these mental health apps we love: