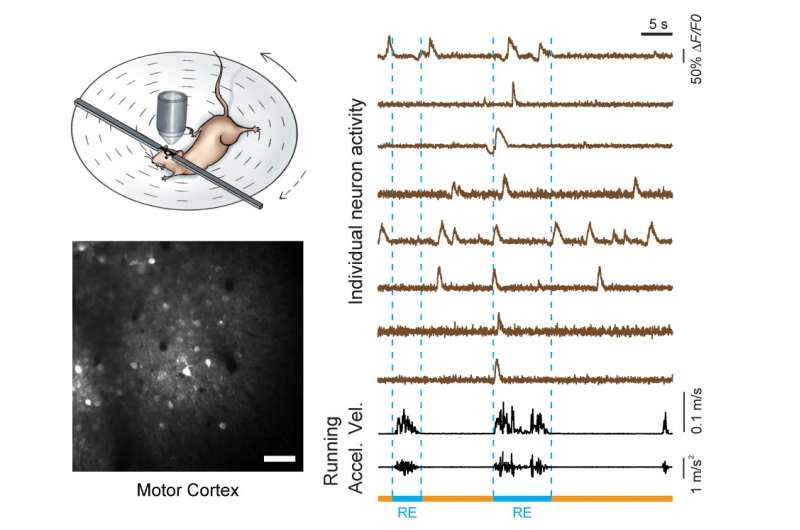 Social deficits attract so much attention in the study of autism spectrum disorder, it’s easy to forget there are motor learning deficits during early childhood as well. For autistic kids hoping to throw a ball around the schoolyard and connect with classmates, these physical skill differences can isolate a child further.

In a new study published in Nature Neuroscience, researchers from the University of Ottawa’s Faculty of Medicine have closed in on the neurological underpinnings of the motor learning delay.

Dr. Simon Chen’s lab in the Department of Cellular and Molecular Medicine of the Faculty of Medicine used a mouse model of autism to demonstrate a shortage in the amount of the neurotransmitter noradrenaline being released into the brain’s primary motor cortex. Dr. Chen’s lab identified the problem originating some distance away in an area of the hindbrain called the locus coeruleus, which is known as a center of motivation, alertness, and attention.

What is the locus coeruleus?

“The locus coeruleus is the area in the brain that releases noradrenaline—or adrenaline—which makes you more alert. In the mouse model of autism, we found that in the motor cortex there is a lack of adrenaline’s innervation to the area which caused them to have delayed motor learning. The lack of basal level of adrenaline in the cortex causes them to have this delayed learning.”

By delay in learning you mean it takes them longer to learn a task?

“Yes, and the implication is similar for kids with autism. They normally behave the same whether reaching to grab something or playing ball or catch—they learn at a slower pace compared to kids of the same age, which could cause them to feel more distant and perhaps prefer not to play with them.

“With autistic kids, we sometimes think that an aspect of this delayed motor learning is a result of social deficits and dysfunction: that they simply don’t want to play with the other kids. But it might be because they’re learning how to play these games slower than the other kids, which is why they’re distancing themselves from them.

“We asked: what is the source of this? Is it occurring because of deficits in the locus coeruleus, or is the cause purely in the motor cortex?”

How did you proceed?

“My background is studying the mechanism in the brain involved in motor learning. I thought it would be important to investigate disorders associated with motor learning. In my literature research, I found many cases of autistic kids displaying this type of delayed motor learning. So, we thought to try to see whether we can find that in mice.

“We performed live imaging into mice’s brains, and we found the brains of the adolescent mice we used showed a delay in removing old substrates while forming new ones which causes confusion to the brain causing an effect we describe as low signal-to-noise ratio (old memories are noise). When you are not removing the unnecessary synapses (old memories) you have higher noise, and we think the brain doesn’t know what signal to process because of its delay of removing the unnecessary synapses. So, the mouse is slower learning what the right movement is. 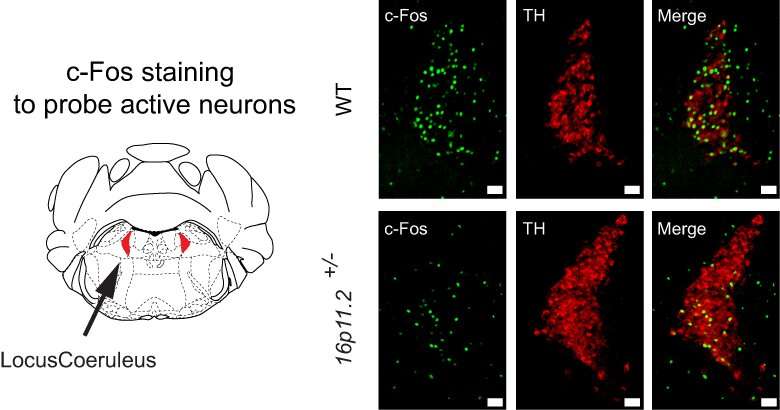 What did you have the mice do to discover this?

“Mice like to run so we had them learning how to run on a spinning disk. Their head was fixed so they needed to learn how to adjust their body to run and that’s what we were trying to measure. Initially, they had a hard time controlling their body position. But after 12 days, they learned how to control their body and are now able to run smoothly on the rotating disk.

“When we injected an artificial drug in the belly to increase the noradrenaline release globally, the mice’s behavior was rescued. But then we asked ourselves ‘how do we know it’s not just because the mouse is paying more attention when they are doing the task and that’s why they do it faster?’ We then injected the artificial drug locally in the motor cortex to activate the axons of the axons from locus coeruleus, and the mice’s behavior was again rescued.

What should we take away from your study?

“Kids with autism tend to show a delay in motor learning which is normally overlooked since it is put down to social deficits. But it could be they are learning how to play but slower. Now it’s about whether we can help the kids to learn these motor skills faster to compensate for some of the social deficits we think they’re having.