Chemotherapy kills tumor cells by causing damage to them. One of the most effective ways of causing damage is to prevent the two DNA strands from separating so that the cellular machinery cannot read the instructions written in the genes. But sometimes, the cell manages to repair the damage and survive, evading the effect of chemotherapy. CNIO researchers have found out how the cell does that and plan to use this knowledge to enhance cancer treatments.

The key lies in a peculiar protein called PrimPol, as explained in a publication in The EMBO Journal by the CNIO’s DNA Replication Group, led by Juan Méndez.

The DNA molecule harbors the genes that direct the life of the cell, and by extension, the life of the whole organism. It consists of two intertwined strands, the famous double helix. For the instructions written in the genes to be read by the cellular machinery, the two strands of DNA must be pulled apart and put back together again, like a zipper that opens and closes. If this does not happen, the cell cannot function, and of course, cannot replicate.

That is why lesions that prevent DNA strands from separating are among the most serious that a cell can suffer. They are called interstrand cross-links (ICLs). ICL lesions can appear naturally, as a result of cell metabolism, or as a consequence of certain toxins, such as chemotherapeutic drugs. Cisplatin, used in the treatment of among others ovarian and lung cancers, kills tumor cells by inducing ICL lesions.

A ‘staple’ that holds the double helix together

As Méndez explains, “The ICL is a chemical bond between the two strands, a kind of staple that prevents them from separating. If the cell tries to divide, the chromosomes end up breaking.” 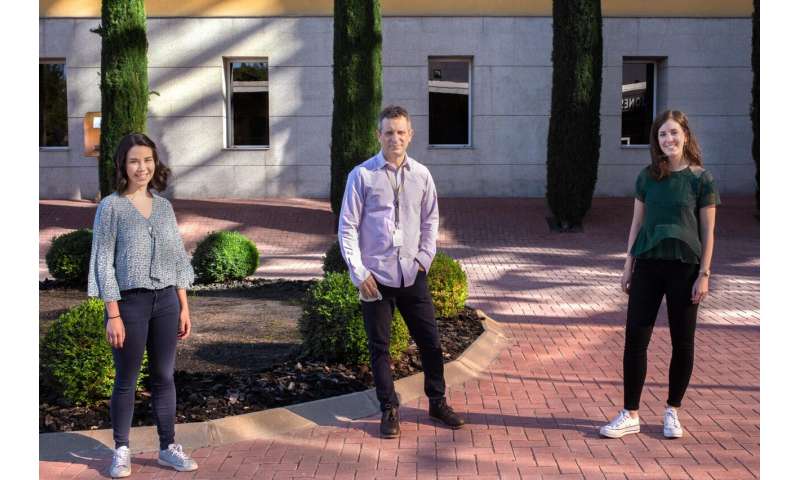 The cell, however, knows how to repair these lesions, which in fact only become lethal when their frequency is very high. In the paper now published in The EMBO Journal, the CNIO group reveals that the cell achieves this in part thanks to PrimPol.

PrimPol belongs to a family of proteins called “primases” that appeared very early in the evolution of life and is still present today in a great many species, which indicates its importance for the functioning of organisms. In 2013, Juan Méndez and Luis Blanco, from the Centro de Biología Molecular Severo Ochoa (CSIC), discovered why PrimPol is so important: It allows the cellular machinery to use the instructions written in the DNA even when it contains an error. In other words, PrimPol makes the cell more resilient by helping it to survive when its DNA is damaged.

Usually, DNA-copying proteins are blocked when they detect defects in the double helix, and if the blockage persists for too long, the cell will die. But PrimPol enables the reading of the DNA to continue after the error, like continuing to read a text after skipping a misspelled or misunderstood word. “PrimPol,” explains Méndez, “offers ‘an immediate solution’ to bypass the blockage, giving the cell a chance to repair the error in the DNA at a later time.”

The new study focuses on PrimPol’s function when the error is an ICL lesion. The researchers found that PrimPol is required for the DNA copying phase that precedes the repair of the staple in the DNA strands. Thanks to the intervention of this enzyme, the cell not only survives ICL lesions but also mobilizes the machinery responsible for repairing them.

It is a basic finding, but “with very interesting clinical implications,” says Méndez, because “by facilitating the repair of ICLs, PrimPol is interfering with the effectiveness of chemotherapy.”

That suggests that if PrimPol were absent, the tumor cell would be more sensitive to chemotherapy. The authors, therefore, believe that the new results “open the possibility of targeting PrimPol to enhance the therapeutic effects of molecules that produce ICL lesions,” they write in The EMBO Journal.

In another recent study in which Méndez participated together with researchers from Washington University (St Louis, U.S.), it was found that ovarian tumor cells produce more PrimPol to tolerate DNA damage caused by cisplatin-based chemotherapy.

“If we can repress PrimPol function in these cells, we could improve the efficiency of chemotherapy,” Méndez points out. To this end, his team is working together with CNIO’s Experimental Therapeutics Programme to identify specific PrimPol inhibitors.

The new study is also of interest for Fanconi anemia, a rare and severe disease. The CNIO researchers show that PrimPol facilitates the repair of ICL lesions by a family of proteins called FANC. And genetic defects that reduce the activity of these proteins cause Fanconi anemia.