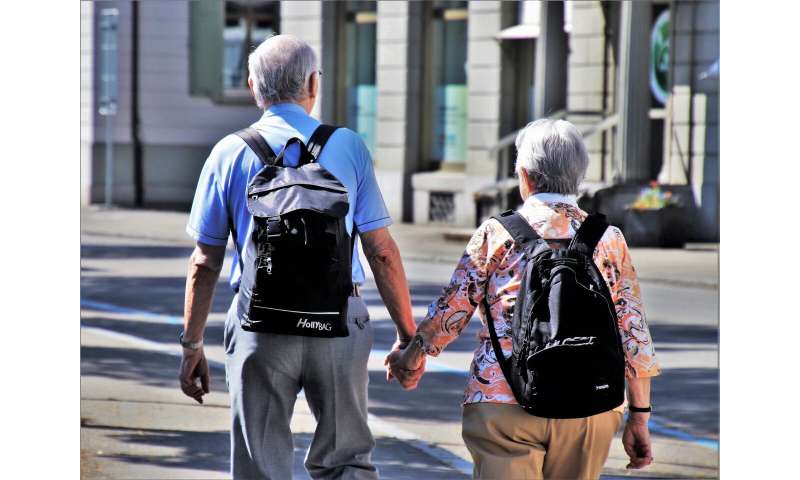 Although people of any age can become infected with SARS-CoV-2, the virus that causes COVID-19, elderly patients face a higher risk of severity and death than younger patients. New research comparing the immune response among age groups, published this week in mBio, an open-access journal of the American Society for Microbiology, may help explain why. Older patients with the disease have lower frequencies of the immune cells needed to expel the virus from the body, the researchers found.

“Elderly people have more severe diseases compared to young people, and we found that the cytotoxic part of immune control is not as efficient to respond to the virus in older people,” said virologist Gennadiy Zelinskyy, Ph.D., at the University Hospital Essen, in Germany. Zelinskyy led the new study.

He and his colleagues analyzed blood samples from 30 people with mild cases of COVID-19 to observe how T cells, which are necessary for recognition and elimination of infected cells, respond during SARS-CoV-2 infection. Patient ages ranged from the mid-20s to the late 90s. In all patients, the investigators found that acute SARS-CoV-2 infections led to lower numbers of T cells in the blood of the patients, compared to healthy individuals.

This reduction has been one of many unwelcome surprises from COVID-19, said Zelinskyy. Most viruses, once inside the body, trigger an uptick in the immune system’s expansion of T cells. These include “killer” T cells, which play a critical role in eradicating virus-infected cells. They produce cytotoxic molecules that destroy infected cells in the body. But if a person’s immune system produces fewer of these T cells, said Zelinskyy, it will be less successful at fighting off a viral infection.

In the COVID-19 patient group studied by Zelinskyy and his colleagues, the researchers similarly found that the number of CD8+ T cells producing cytotoxic molecules in response to virus diminished with increased age, and that reduction was significantly higher, on average, in patients over 80. Moreover, the “killer” T cells from patients aged 80-96 produced cytotoxic molecules at a lower frequency than similar cells from younger patients.

The SARS-CoV-2 virus attaches to cells in the nose or mouth. From there, it may spread to the lungs and move on to other organs, triggering a life-threatening infection. “Cytotoxic T cells really fight for control during this acute phase of infection,” Zelinskyy said. If an elderly patient’s immune system produces fewer killer T cells, and these cells are inadequately armed, he said, they may be mounting an insufficient defense against SARS-CoV-2. The viral particles can continue to spread and, as a result, the infection worsens.