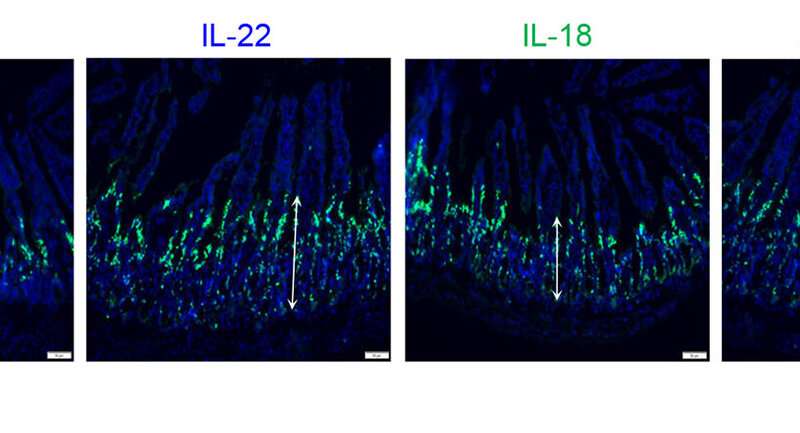 A combination of two substances secreted by the immune system can cure and prevent rotavirus infection, as well as potentially treat other viral infections that target epithelial cells, which cover body surfaces such as skin, blood vessels, organs and the urinary tract, according to researchers in the Institute for Biomedical Sciences at Georgia State University.

Rotavirus, which causes severe, life-threatening diarrhea in young children and moderate gastrointestinal distress in adults, leads to thousands of deaths in children annually, particularly in developing countries where rotavirus vaccines are only moderately effective. Rotavirus is an RNA virus that primarily infects intestinal epithelial cells.

The substances identified in the study, officially known as cytokines, are interleukin 18 (IL-18) and interleukin 22 (IL-22). IL-18 and IL-22 are produced when the body detects a protein in the whip-like appendage of bacteria.

The study, which investigated how these cytokines inhibit rotavirus infection, found when mice were treated with both IL-18 and IL-22, the cytokines promoted each other’s expression, but also impeded rotavirus by independent, distinct mechanisms that involved activating receptors in intestinal epithelial cells. These actions resulted in rapid and complete expulsion of rotavirus, even in hosts with severely compromised immune systems. The therapy was also found to be effective for norovirus, a contagious virus that causes vomiting and diarrhea. The findings are published in the journal Science Immunology.

“Our study reports a novel means of eradicating a viral infection, particularly viruses that infect epithelial cells,” said Dr. Andrew Gewirtz, senior author of the study and a professor in the Institute for Biomedical Sciences at Georgia State. “The results suggest that a cocktail that combines IL-18 and IL-22 could be a means of treating viral infections that target short-lived epithelial cells with high turnover rates.” 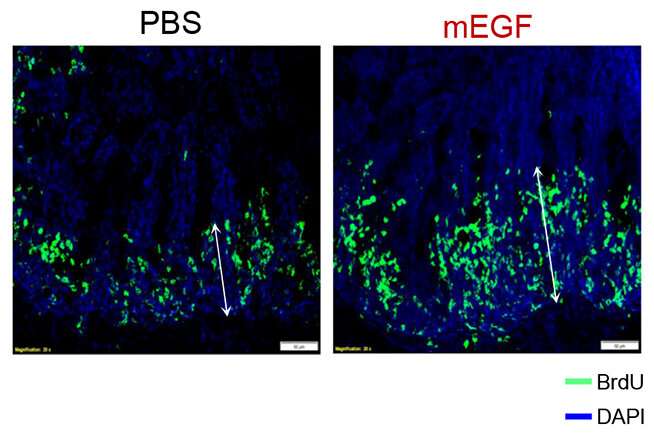 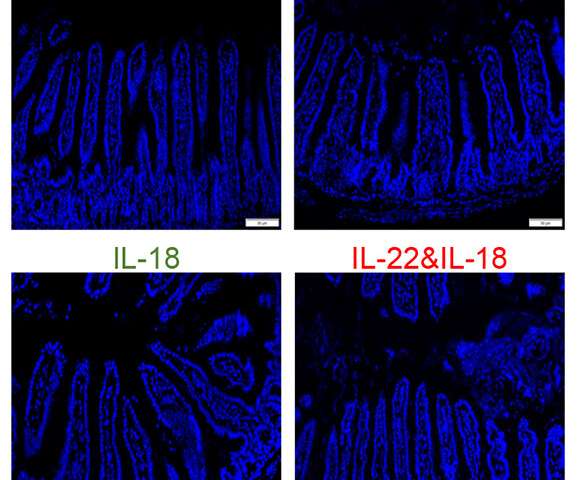 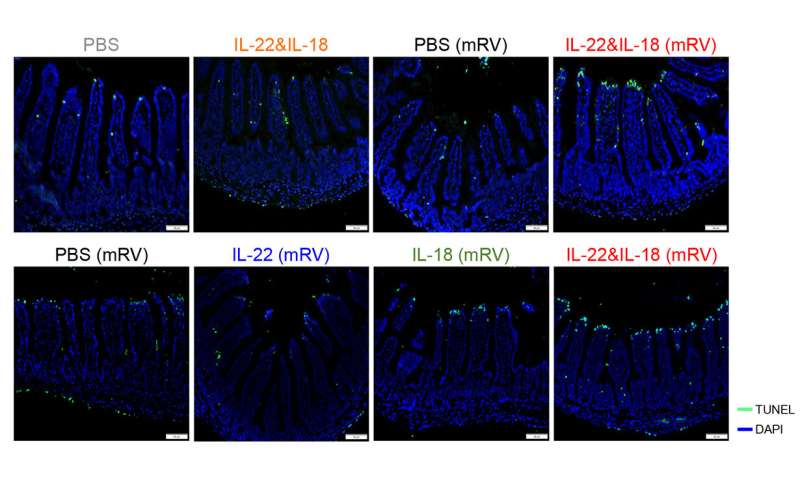