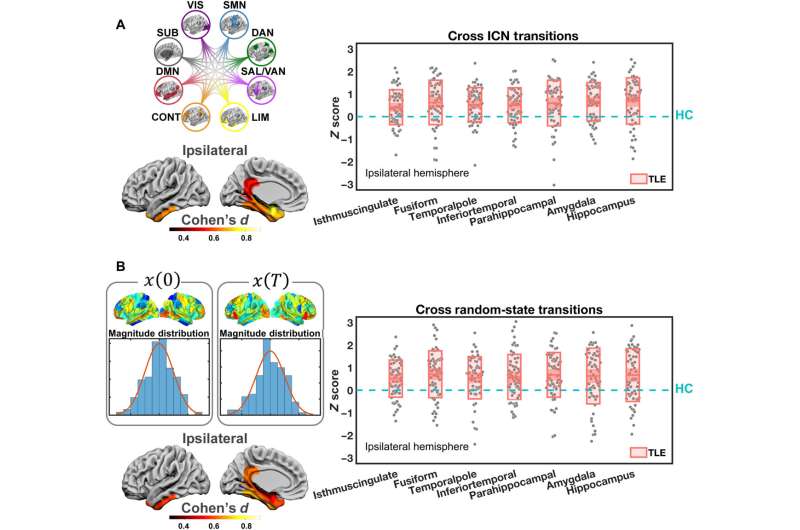 A team led by researcher He Xiaosong from the University of Science and Technology (USTC) revealed the correlation between control energy consumption and glucose metabolism in temporal lobe epilepsy (TLE), providing the biological basis for the application of network control theory (NCT) in the study of brain dynamics. This work was published in Science Advances on November 9.

Understanding the mechanism of neural dynamics in various different brain regions has been a major focus in neuroscience. In recent years, NCT, a theory that originates in engineering, has been widely used to estimate the control energy in the dynamic processes in the brain by modeling the transitions of different brain states. The control energy originally referred to the energy input required to change the state of the system. However, when it comes to brain dynamics, the biological counterpart of such energy input remains unknown, which raises questions about the application of NCT. 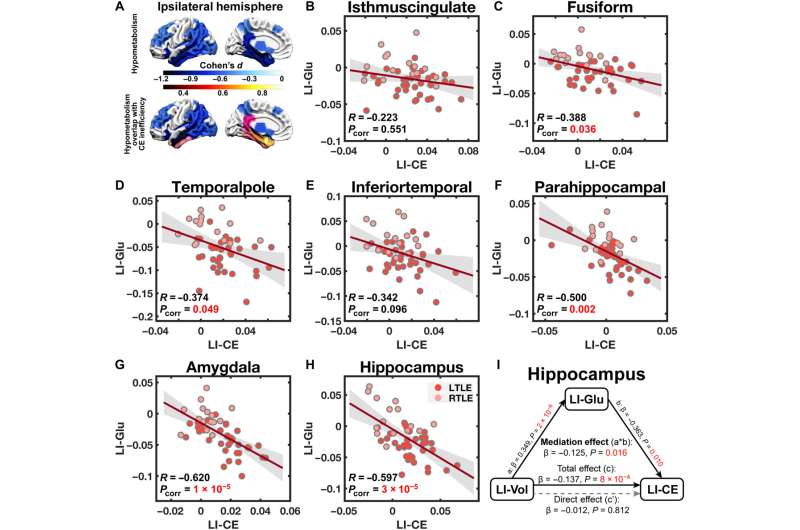 Using positron emission tomography, the team confirmed that the baseline glucose metabolism levels in these brain regions are inversely correlated with the consumption level of control energy, which means that lower baseline metabolism requires more energy to obtain the same level of activation. A decline in baseline regional metabolism arose from the loss of structural integrity, especially in the hippocampus, and eventually led to higher energy costs for maintaining brain dynamics.

The team delivered a unified framework for the correlations between the structural integrity of brains, the baseline glucose metabolism and the control energy required to maintain brain dynamics. By providing a potential biological explanation of control energy, this work lays the foundation for further NCT applications in neuroscience.