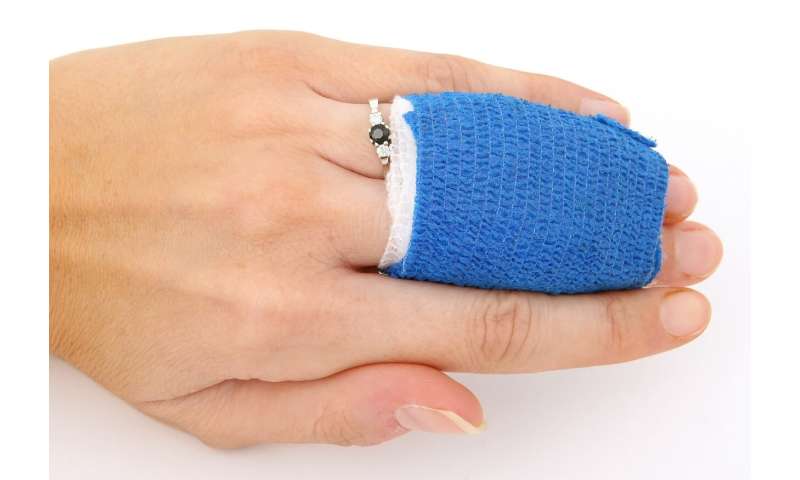 “Wound healing is one of the most complex biological processes,” write Professor Kazumitsu Sugiura and Dr. Kenta Saito from Fujita Health University, Japan, in their article recently published in Scientific Reports. As countless researchers in the field have noted, several automated coordinated biological activities take place during wound healing, including stopping the bleeding, cleaning out pathogens and debris and growing and strengthening new tissue.

One critical step in wound healing is the infiltration of inflammatory cells into the vicinity of a wound in the “cleaning out” phase. But this is something of a double-edged sword: Either excessive or inadequate infiltration can delay wound healing.

This reality in part led Prof. Sugiura and Dr. Saito to hypothesize that the anti-inflammatory mediator IL-36Ra could be playing an important role in wound healing. IL-36Ra is encoded by the IL36RN gene. Mutations in this gene have been linked to inflammatory skin disorders such as psoriasis. In Japan, approximately 2% of the population have two mutations of the IL36RN gene and experts have conjectured that this could be behind several skin disorders.

Previous studies involving mice with these mutations (Il36rn−/− mice) have revealed impaired wound healing. However, the exact role that IL-36Ra plays in the wound healing process remains unknown. To find out, the team led by Prof. Sugiura and Dr. Saito studied the healing of excisional wounds in eight- to 14-week-old Il36rn−/− mice and their wild-type littermates.

When the researchers examined the animals at three- and seven-day post-injury time points, they found that open wound areas were larger in the Il36rn−/− mice than in the wild-type controls. The Il36rn−/− mice also exhibited diminished recovery of epithelial tissue—the outer layer of the skin—and excessive formation of granulation tissue, the connective tissue and blood vessels that grow to fill wounds. Interestingly, examinations of the Il36rn−/− mice at the 3-day post-injury time point also revealed greater infiltration of proinflammatory neutrophils and macrophages (another type of immune cell involved in identifying and engulfing pathogens and dead cells) into the wound areas and greater gene expression for proinflammatory cytokines—proteins that regulate inflammation, among other things.

These results provide evidence for the deleterious effects of IL-36Ra deficiencies on wound healing, but they leave open the question of how clinicians can counter those effects.

The team led by Prof. Sugiura and Dr. Saito answer this question as well in their paper. Based on the findings of a recent study that toll-like receptor-4 (TLR4), a protein responsible for signaling cytokine production, plays an essential role in early wound repair, the researchers hypothesized that treatment with the TLR4 inhibitor TAK-242 would normalize wound healing in Il36rn−/− mice. As expected, intraperitoneal TAK-242 injections administered shortly after injury eliminated the delays in wound healing observed at the three- and seven-day post-injury time points.

This is preliminary evidence for the utility of TLR4 inhibitors as a way to promote wound healing in people with IL-36Ra deficiencies. Of course, these findings should be approached with some caution due to the many unanswered questions concerning the physiology of inflammation in wound healing. Further, differences between murine and human wound healing mechanisms may limit the interspecies translatability of these findings.