Russell Watson, 53, will be joining Ruthie Henshall as the duo enter the I’m A Celebrity… Get Me Out of Here! castle. They’ll be the 11th and 12th campmates of this year’s series. But the tenor was previously diagnosed with a brain tumour, back in 2006, before it returned the following year.

Watson is best known as a British opera singer that’s released 13 albums since the year 2000.

Three of his albums went platinum in the UK, including his debut album, The Voice.

His best-ever album chart position came in 2007, with his fifth album, which made it to No 4 in the UK. 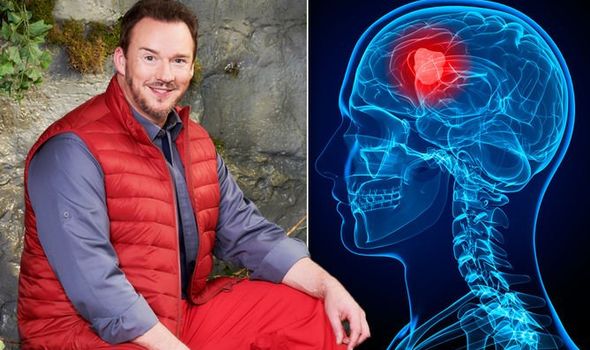 But, back in 2006, Watson was diagnosed with a tumour on his pituitary gland; part of the brain.

He started to develop excruciating headaches, which he described as “like a knife being pressed into the bridge of my nose”.

His peripheral vision was also affected by the tumour, and he explained that he couldn’t even see the tennis ball when playing tennis.

An MRI scan revealed a tumour that was roughly the size of two golf balls.

“My mates were saying, you’re so fit, so strong and healthy, you will sail through it,” Watson told The Times, in 2007.

“My mood swings went from ecstatic to suicidal.

“I couldn’t deal with more than one person at a time or with multitasking and I cried easily.

“Longevity, that’s the most important thing. It put everything into perspective.” 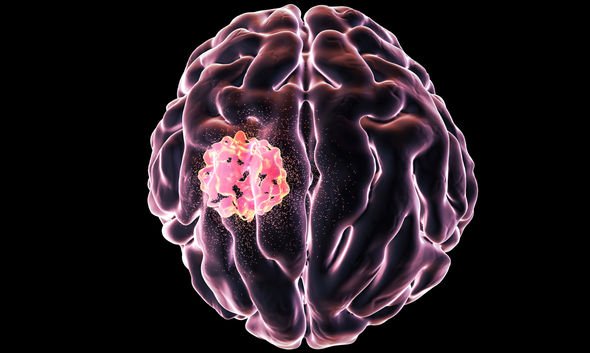 After receiving treatment for the tumour, and while he was back on the mend, Watson developed similar symptoms the following year.

Another MRI scan showed that the tumour had returned, and was bleeding into the brain.

He underwent emergency surgery to remove the tumour, and later received radiotherapy and other rehabilitation treatments.

More than 13 years later, Watson is a bag of full health, and even took the decision to leap into the 2020 season of I’m A Celebrity… Get Me Out of Here!

A brain tumour is a growth of cells in the brain that multiplies in an abnormal way, according to the NHS.

If you develop a tumour on the brain, your survival rate depends on your age, where it is in the brain, and your overall general health.

Generally, 15 percent of all people with a cancerous brain tumour will survive for at least 10 years after the initial diagnosis.

Speak to a doctor straight away if you’re worried about the signs of a brain tumour.

For confidential support, call the Samaritans in the UK on 116 123 or visit a local Samaritans branch.