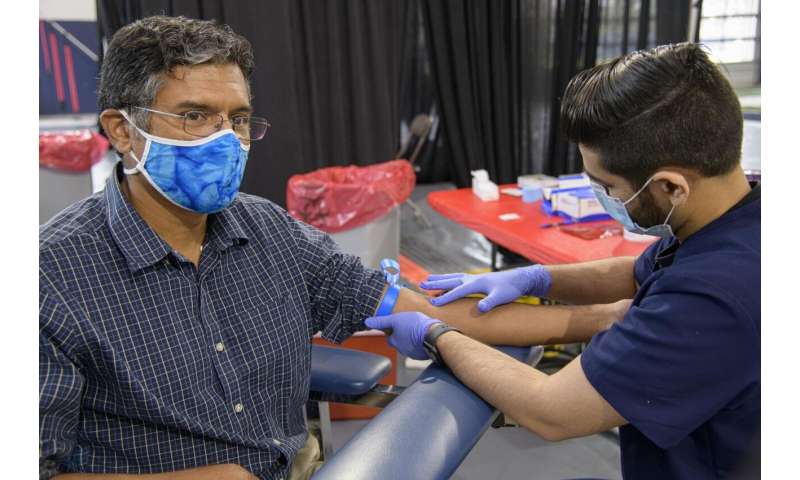 One of the most significant questions about the novel coronavirus is whether people who are infected are immune from reinfection and, if so, for how long.

To determine the answer, University of Arizona Health Sciences researchers studied the production of antibodies from a sample of nearly 6,000 people and found immunity persists for at least several months after being infected with SARS-CoV-2, the virus that causes COVID-19.

“We clearly see high-quality antibodies still being produced five to seven months after SARS-CoV-2 infection,” said Deepta Bhattacharya, Ph.D., associate professor, UArizona College of Medicine—Tucson, Department of Immunobiology. “Many concerns have been expressed about immunity against COVID-19 not lasting. We used this study to investigate that question and found immunity is stable for at least five months.”

When a virus first infects cells, the immune system deploys short-lived plasma cells that produce antibodies to immediately fight the virus. Those antibodies appear in blood tests within 14 days of infection. 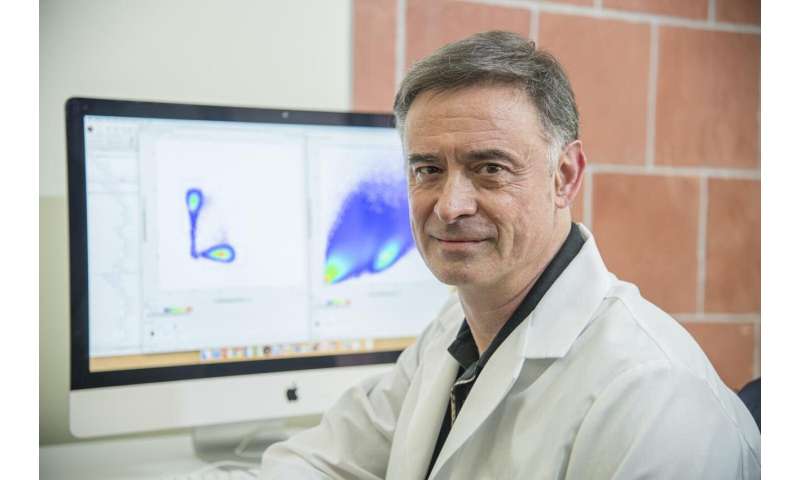 The second stage of the immune response is the creation of long-lived plasma cells, which produce high-quality antibodies that provide lasting immunity. Drs. Bhattacharya and Nikolich-Zugich tracked antibody levels over several months in people who tested positive for SARS-CoV-2 antibodies. They found SARS-CoV-2 antibodies are present in blood tests at viable levels for at least five to seven months, although they believe immunity lasts much longer.

“Whether antibodies provide lasting protection against SARS-CoV-2 has been one of the most difficult questions to answer,” said UArizona Health Sciences Senior Vice President Michael D. Dake, MD, who is a co-author on the paper. “This research not only has given us the ability to accurately test for antibodies against COVID-19, but also has armed us with the knowledge that lasting immunity is a reality.”

“The latest time-points we tracked in infected individuals were past seven months, so that is the longest period of time we can confirm immunity lasts,” Dr. Bhattacharya said. “That said, we know that people who were infected with the first SARS coronavirus, which is the most similar virus to SARS-CoV-2, are still seeing immunity 17 years after infection. If SARS-CoV-2 is anything like the first one, we expect antibodies to last at least two years, and it would be unlikely for anything much shorter.”

The study began when Drs. Nikolich-Zugich and Bhattacharya, both members of the UArizona BIO5 Institute, led a UArizona Health Sciences team that developed a blood test to check for SARS-CoV-2 antibodies. A partnership with the state led to 5,882 volunteers undergoing antibody testing in Pima County, Ariz., starting April 30. The testing efforts later were expanded statewide.

Since antibodies attach to viruses at more than one location, the UArizona Health Sciences test was developed employing two different parts of the SARS-CoV-2 virus—S1 and S2. Most tests look for antibodies at S1, which includes the receptor-binding domain wherein the spike protein binds to a protein receptor to infect cells. The UArizona Health Sciences test also analyzes the S2 region of the spike protein. Antibodies must be present in both locations for the test to be determined positive.

The scientific verification of the high level of accuracy of the UArizona Health Sciences antibody test is the other finding highlighted in the Immunity paper. Of 5,882 tests completed, only one returned a false positive, a rate of less than .02%. The test received U.S. Food and Drug Administration emergency use authorization in August.