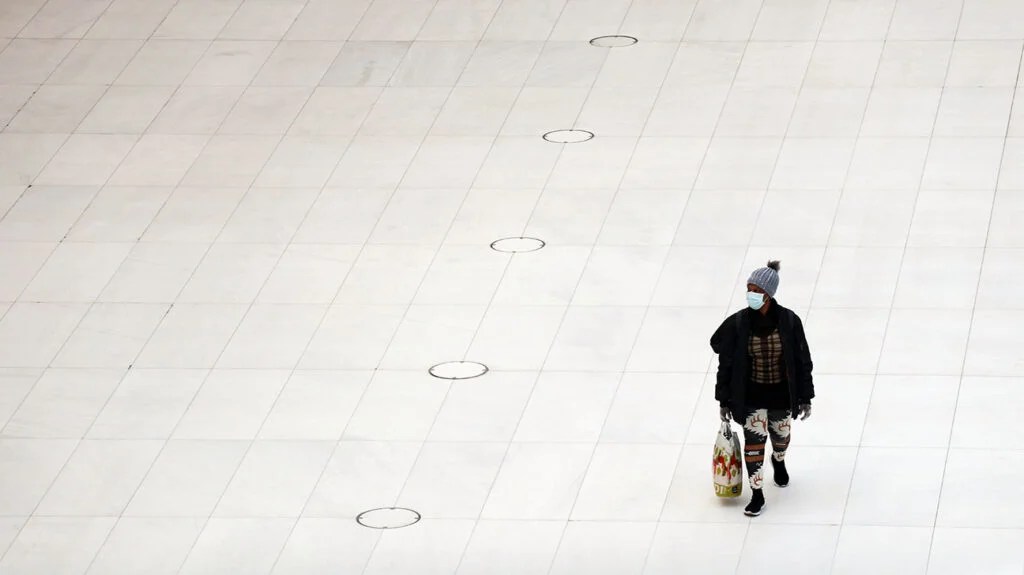 In a new study, which appears in the journal Nature Communications, researchers report that SARS-CoV-2 antibodies remain stable for at least 7 months following infection. There were also signs that levels of some neutralizing antibodies increased during this time.

A key way to protect people from COVID-19 is to ensure that they have antibodies that can neutralize the SARS-CoV-2 virus. Governments around the world are doing this through mass vaccination.

The vaccines contain a small portion of the SARS-CoV-2 — the spike protein — or in the case or mRNA vaccines, just the genetic code to make the spike protein. In response to either, a person’s immune system develops antibodies.

These antibodies can then inactivate SARS-CoV-2 if exposed to the virus, either reducing the severity of an infection or stopping it entirely.

While vaccines are crucial in turning the tide of the pandemic, people also develop antibodies following a SARS-CoV-2 infection. Given that this is the case for millions of people around the world, scientists are interested in better understanding how long the SARS-CoV-2 antibodies may be effective.

Determining this could inform vaccine development and help governments better manage the spread of SARS-CoV-2 in the future.

SARS-CoV-2 is a type of coronavirus, as are four viruses that cause the common cold. Scientists are also interested in whether antibodies developed in response to one of the common cold coronaviruses may offer protection against SARS-CoV-2.

Speaking to Medical News Today, Dr. Gemma Moncunill, assistant research professor at the Instituto de Salud Global de Barcelona (ISGlobal) and a corresponding author of the preset study, said, “We wanted to assess the long-term kinetics of antibodies to SARS-CoV-2 and individual factors that affect antibody levels and maintenance because durable antibody responses are critical for protection.”

“More comprehensive analyses in large numbers of individuals [are] necessary to resolve some conflicting views about the durability of antibody immunity. These antibody data are also needed to inform surveillance strategies, serum-based therapies, and vaccine development,” she noted.

“In addition, we had previously observed that antibodies against the coronaviruses causing the common cold [also recognize] SARS-CoV-2, and we hypothesized that those antibodies could, to some degree, contribute to protection [against] COVID-19 and explain, in part, the differential susceptibility that the population has against the disease.”

To assess the durability of SARS-CoV-2 antibodies and to test the hypothesis that a previous common cold infection may protect against COVID-19, Dr. Moncunill — along with Prof. Carlota Dobaño, head of the Malaria Immunology Group at ISGlobal, and other colleagues — conducted a study drawing on data from 578 participants.

The participants all worked in healthcare at the Hospital Clínic i Provincial de Barcelona, a university hospital.

They provided blood samples four times between March and October 2020. The scientists analyzed these samples for three types of antibodies and six types of SARS-CoV-2 antigens.

The researchers also looked at the levels of antibodies for the four common cold coronaviruses.

The researchers found that only a further 28% of the total infections they detected were identified after the initial visit in March. Between March and October, SARS-CoV-2 infections increased by just under three percentage points.

For the researchers, this suggests that the majority of COVID-19 infections happened in the first wave of the pandemic.

The different types of antibodies studied reveal when the antibody response occurred and its purpose:

Studies have shown that the S antibodies are those most important in neutralizing SARS-CoV-2, as they prevent the virus from binding to human ACE2 receptors.

The researchers found that while levels of IgM and IgG antibodies responding to the antigen nucleocapsid reduced, levels of antibodies that have a neutralizing effect stayed stable or, in the case of IgG antispike antibodies, tended to increase.

“We do not know the cause of the increase in antibodies that we observed after some months of the infection. It is unlikely that [this] is due to reinfections or exposure to the virus because we did not detect any reinfection in those participants and no associations with contacts of COVID-19 cases,” Dr. Moncunill told MNT.

“One hypothesis could be that there is some persistence of viral material in some tissues that could be inducing the antibody responses. This has been observed, for example, with Ebola,” she added.

“We do not expect to see this increase in antibodies at later time points in response to the vaccine, but we expect antibodies to persist during many months in healthy populations, [even while] they may slightly decline over time.”

The researchers also found that participants who did not contract SARS-CoV-2 tended to have high levels of common cold coronavirus antibodies at the beginning of the study — a finding backed by previous research.

However, some other earlier research, which has yet to be published in a peer-reviewed journal, suggests that people who had antibodies to other human coronaviruses were just as likely to contract the coronavirus that causes COVID-19, though their immunity to the mild cold-causing coronaviruses increased.

The researchers behind the current study found that, of the people who had a SARS-CoV-2 infection, those who were asymptomatic tended to have more common cold antibodies than those who had symptoms.

Dr. Moncunill observed: “These results suggest that there may be some degree of protection [provided by preexisting common cold coronavirus antibodies], which may explain, in part, differences in susceptibility to the disease — why some people are asymptomatic whereas others have more or less severe disease. However, this is only one factor among others involved in the differential susceptibility.”

“This means that recently having [recovered from] a cold could protect to some degree […] against COVID-19, but we have to take into account that immunity to such coronaviruses seems to be short-lived.”

“Further studies with a higher number of participants followed over time are needed to confirm if having a cold protects against SARS-CoV-2 infection and COVID-19 and to assess the role of antibody, but also cellular immunity to endemic coronaviruses in [protecting against] COVID-19,” the researcher added.

Speaking with MNT, Prof. Alessandro Sette from the Center for Infectious Disease and Vaccine Research at the La Jolla Institute for Immunology, in California, said that the findings in the paper corroborate other research into the immune response to a SARS-CoV-2 infection.

“That is consistent with several other studies that show antibody response as being durable over time following natural infection,” he noted. “Our paper in Science showed a durable response of up to 8 months, not only for antibodies but also for T cells.”

“Antibodies are the main mechanism by which you can prevent infection,” he explained. “However, once the virus is inside the cells, it is not accessible to antibodies, and that is where T cells play an important role because T cells can recognize and kill infected cells. While antibodies are key for preventing infection, the T cells are key for terminating and controlling an infection.”

Prof. Sette also said that the apparent protection offered by previous infection of common cold coronaviruses is supported in earlier research looking at T cells: “Early on [in the pandemic] we and several other groups reported that some people have preexisting T cell responses to SARS-CoV-2. This is at least in part because some people are infected with the common cold coronaviruses. Some people have a degree of preexisting immunity that cross-reacts with SARS-CoV-2.”

“What has been less clear is whether that matters. So if someone has a preexisting immunity due to exposure to the common cold that cross-reacts with SARS-CoV-2, is that good? Is that bad? Or is it indifferent?”

In a new preprint study, which has yet to go through the peer review process, Prof. Sette and his co-authors found that antibody responses to the Moderna vaccine were also well maintained months after vaccination. Further, they found evidence that people with good T cell activity prior to vaccination developed a faster and better immune response to the vaccines.

“Seven months after a vaccination with a quarter dose of the Moderna vaccine, antibodies are still very durable — similar or better to what you get in natural infection. The T cell responses are also durable and comparable,” Prof. Sette explained.

“It makes sense if you have preexisting immunity that you may be able to mount a faster and better immune response. In the case of natural infection, if you have this preexisting T cell or antibody activity that may give you some advantage.”

Prof. Sette provided an analogy: “Maybe you have some bad guys that are robbing a bank. A few hours after you will have a SWAT team, but maybe at the start, all you had was two security guards. But they can do something! They can call back up, they can organize, and it’s better than not having anything at all.“

For Prof. Sette, the study in Nature Communications supports research looking at the possibility that vaccines could be developed that are effective against all types of coronavirus.

“This type of data brings to the forefront the fact that you might have a benefit from having immune activity that is cross-reactive among different coronaviruses,” he told us.

“That could be very relevant in terms of preventing, God forbid, the next pandemic. Because, rightly so, people are concerned about other coronaviruses that may be now in bats or in other animal species that could spill over, or concerned about the next variants of SARS-CoV-2.”

“So if you have different coronaviruses of concern, [these] data [suggest that] there may be some parts of coronaviruses that are relatively invariant, as far as the immune system is concerned. People are exploring the concept of focusing the immune response towards those parts which could provide a pan-corona vaccine concept,” he went on to note.

“Again, this may not fully prevent infection but if that vaccine would be able to prevent severe disease and hospitalization from any different coronavirus of human concern that is certainly worth exploring.”