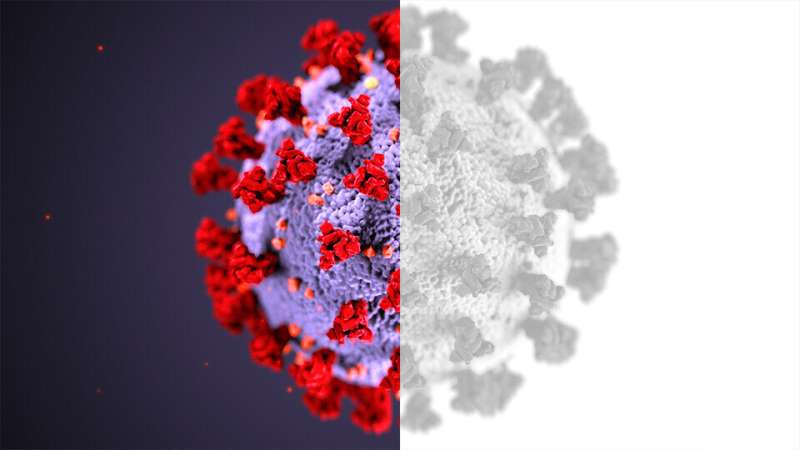 Greater exposure to seasonal coronaviruses, specifically those responsible for common colds, could help explain why most of sub-Saharan Africa has endured less severe SARS-CoV-2 outbreaks than many other areas of the world, according to research led by the University of Nebraska–Lincoln.

To test the hypothesis, the researchers examined whether pre-pandemic blood plasma samples—some taken from residents of the United States, others from two countries in sub-Saharan Africa—showed signs of recognizing SARS-CoV-2 antigens. They found that less than 3% of the American samples contained infection-fighting antibodies that reacted with the SARS-CoV-2 antigens. Conversely, 19% and 14% of samples from the respective sub-Saharan countries exhibited a response to SARS-CoV-2, commonly known as the novel coronavirus.

Collectively, the findings indicate that prior exposure to the seasonal coronaviruses generated immune responses that could also be providing some protection against SARS-CoV-2, the researchers said. If so, that cross-protection might help account for the surprisingly low infection and mortality rates reported in sub-Saharan Africa to date. The region’s history of epidemics, stemming in part from relatively limited health care resources and hygienic infrastructure, initially led many virologists and epidemiologists to fear that sub-Saharan Africa would be hit especially hard by SARS-CoV-2.

“We’ve been working in sub-Saharan Africa for 20-something years, so we have a number of research projects ongoing with the local hospitals and collaborators in studying infectious diseases,” said Charles Wood, Lewis Lehr/3M University Professor of biological sciences and biochemistry at Nebraska. “With the (SARS-CoV-2) outbreak, our biggest concern was Africa.

“Everybody expected the opposite. But I don’t think this is (due to) underreporting or the health care system not being able to report the facts. I have collaborators on the ground in the hospitals we worked with, and they swear that they don’t see what we see in the United States. The hospitals are not really overwhelmed. There are cases, for sure, but they’re not seeing the deaths that we see in this country.”

The team’s experiments also revealed that most of the responsive antibodies in the sub-Saharan samples targeted not the now-famous spike protein, which protrudes from SARS-CoV-2 and binds to host cells, but instead a so-called nucleocapsid protein that encases the genetic material at its core. That would make sense, Wood said, given that spike proteins tend to feature more variation within a virus family—variation that forces an immune system to generate specific antibodies for each member of that family. The relative uniformity of the nucleocapsid makes it more prone to being recognized by a cell-mediated immune response and some cross-reactive antibodies that are actually produced in response to other members of the family—in this case, the seasonal relatives of SARS-CoV-2. 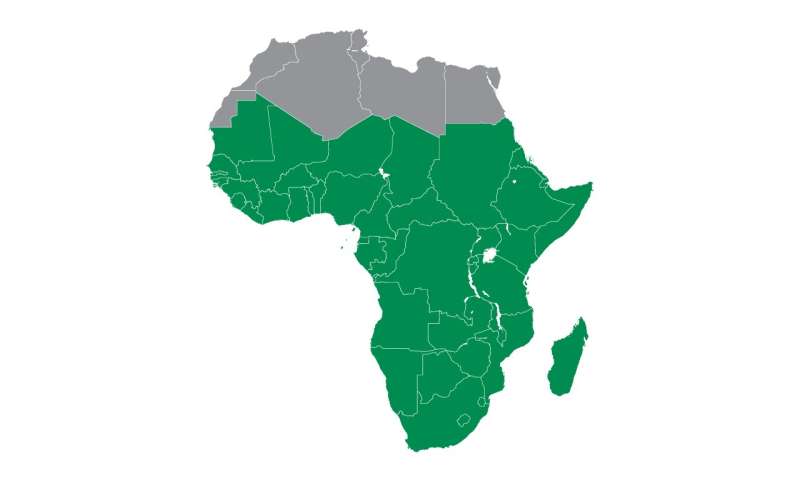 Wood emphasized that the team’s study confirmed only the cross-reaction of the seasonal coronavirus antibodies with the SARS-CoV-2 antigens, and not the production of cross-reactive T-cells necessary to establish protective immunity. But he said he’s eager to conduct longitudinal studies that might definitively answer whether the seasonal coronaviruses are actually buffering against their more dangerous cousin.

Other questions—whether bats or whatever wildlife housed an ancestor of SARS-CoV-2 may also have passed along the seasonal coronaviruses in sub-Saharan Africa, for instance—are likewise worth investigating, Wood said.

“Given the development of the vaccines, people don’t think this is an issue anymore,” said Wood, the founding director of the Nebraska Center for Virology. “But it’s really important for us to prepare for what is on the horizon. It will be coming.

“Only by learning from and collaborating with other countries will we be able to protect ourselves better.”

In the meantime, Wood said he’s heartened that a region so historically ravaged by epidemics, some of which he’s worked to help fight since 1996, is finally being spared the worst of an infectious outbreak.

“I was really worried that this was going to devastate the population,” he said. “We’ve seen that with AIDS and HIV. We didn’t want that to repeat. They deserve a break, and I’m glad they’re getting that break.”