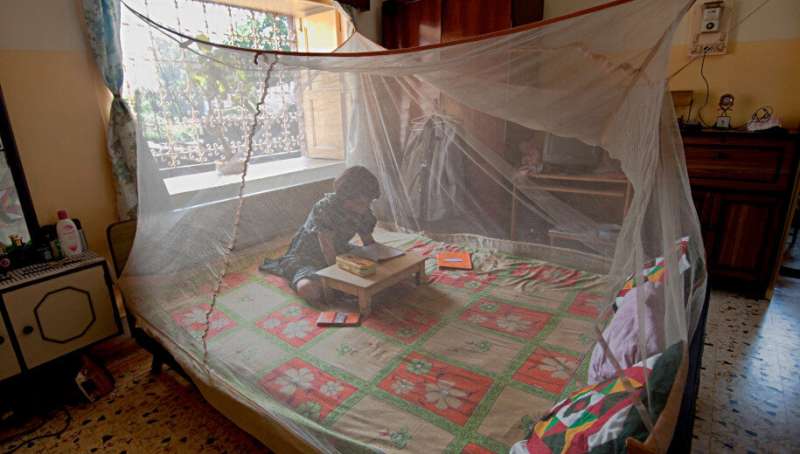 New cases of malaria decreased by 83 percent in the southern Indian city of Mangaluru five years after the implementation of a digitized smart surveillance system, reports a study published this month in Malaria Journal.

The mobile technology-integrated IT system facilitated the micromanagement of malaria control activities such as early reporting, incidence-centric surveillance, early and complete treatment, documentation of the treatment of each patient and targeted vector control measures to break the transmission cycle.

Malaria parasites are transmitted to people through the bites of infected Anopheles mosquitoes. While India accounted for 88 percent of malaria cases in WHO’s South-East Asia Region in 2019, it recorded the largest reduction of cases in the region—from 20 million in 2000 to 5.6 million in 2019. Malaria is endemic in Mangaluru (formerly Mangalore), which contributes to 85 percent of malaria cases in Karnataka state.

This digitized smart surveillance system “fulfills the Global Technical Strategy (GTS) for malaria elimination from 2016 to 2030 by the WHO,” says Susanta Ghosh, senior author of the study and head of the Indian Council of Medical Research-National Institute of Malaria Research, Bengaluru Field Station. “One of the main pillars of GTS is strong surveillance. Digital surveillance data is real-time that can be retrieved anytime which was not possible with the manual system. This device is a game-changer in this direction.”

Launched in October 2015, the Malaria Control System is a program management system developed to control malaria by digitizing the reporting of newly-diagnosed cases and tracking patients until completion of treatment. Developed by B. Shantharam Baliga, professor emeritus atKasturba Medical College, Mangalore and Naren Koduvattat, an entrepreneur, the system consists of a handheld Android-based geographical information system-tagged tablet device and a web-based incident reporting system.

Once a positive malaria case has been registered, the device shows the case as ‘open’ and it is only ‘closed’ when total intervention is complete, explains Ghosh. Treatment begins for three days with a follow-up smear on day seven. Blood smears are prepared from finger-pricked blood for tests under the microscope to detect malaria parasites.

“So, the entire work is completed within day seven and in case of Plasmodium vivax malaria, the radical treatment with primaquine (anti-relapse drug) is completed within day 14. This is called ‘1-3-7-14’ surveillance strategy.” Meanwhile, the vector control team is alerted to initiate mosquito control activities in neighboring homes.

“This system can be replicated anywhere in the world,” says Ghosh, adding that it can be used for other diseases as well.

Non-reporting of malaria cases by the private sector has been a major hurdle for control of the disease in India. With the Malaria Control System in place, the researchers noted robust reporting from private healthcare facilities, which contributed to almost two-thirds of the total cases reported in the first year after digitisation. But contributions declined to 57 percent four years after digitisation.

The team studied the impact of the system over the past five years by analyzing secondary data from the Malaria Control System along with the incidence of malaria, active surveillance, malaria indices and shrinking malaria maps.

Overall, 89 percent of newly diagnosed cases were uploaded into the system within 48 hours followed by complete treatment and vector control. Over the five years of digitisation, 90 percent of cases were tracked and closed contributing to reduction in malaria incidence. The incidence of P. vivax and P. falciparum, two malaria parasites that pose the greatest threat, gradually decreased during the five years post-digitisation.

“Applications such as the Malaria Control System are promising tools in the drive towards elimination,” says Sarthak Das, chief executive officer of the Asia Pacific Leaders Malaria Alliance.