Five signs that you may have gum disease

Gum disease is highly prevalent across the globe, putting millions at the daily peril of heart attack and stroke. The condition is particularly dangerous in certain situations, such as dental procedures where bacteria may enter the bloodstream. If this occurs, the heart could contract a life-threatening infection known as infective endocarditis (IE).

According to Martin Thornhill, Professor of Translational Research in Dentistry at the University of Sheffield, and lead author of the study, said: “IE is a rare but devastating heart infection in which around 30 percent of people die within the first year of developing it.”

The National Organisation for Rare Diseases states that around 80 percent of cases are caused by the bacteria streptococci and staphylococci.

Streptococci are often found in the composition of microbial dental plaque that causes gum disease – one of the biggest causes of IE.

Gum disease carries different names at different stages, which include gingivitis and periodontitis. 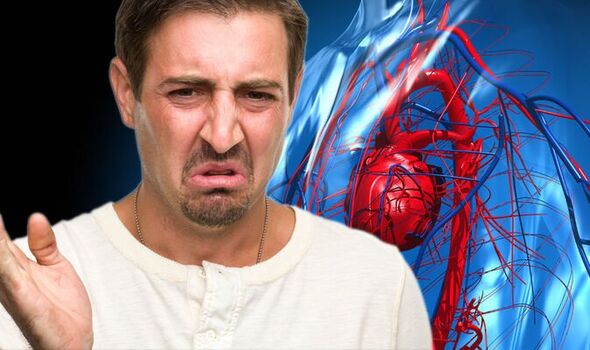 Both infections are among the most common human infections, explains Science Direct.

Gingivitis is the result of an accumulation of dental plaque in the gingiva, which causes inflammation in the gums.

Periodontitis, on the other hand, refers specifically to inflammation of the supporting tissues of the teeth characterised by the recession of the gum.

Failure to remove this plaque in both these conditions can lead to bleeding and swelling of the gums, offering bacteria the opportunity to enter the bloodstream.

One of the early signs of gum disease is halitosis, or bad breath, caused by a build-up of plaque bacteria along the gum line.

The surplus of bacteria in the mouth can also leave an unpleasant taste in the mouth, often described as bitter, metallic and sour, explains the NHS.

What’s more, it can enter the bloodstream in various ways, according to the American health organisation. 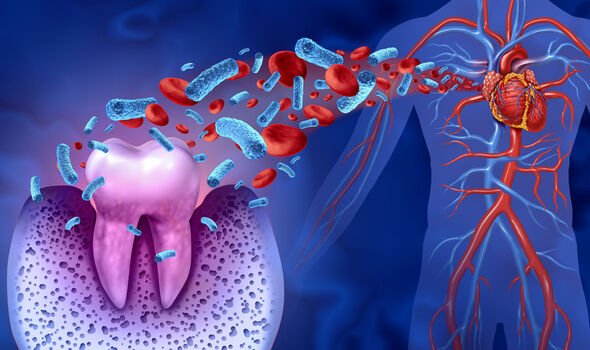 Infective endocarditis is diagnosed once the bacteria reach the lining of the heart, the heart valve, or blood vessels.

According to the American Heart Association, the condition sometimes develops suddenly and may become life-threatening within days, or appears slowly over a period of weeks to several months.

Fortunately, gum disease can easily be treated once diagnosed, so recognising the warning signs is important.

According to professor Thornhill, high-risk patients may also be put at unnecessary risk of infection during dental procedures. 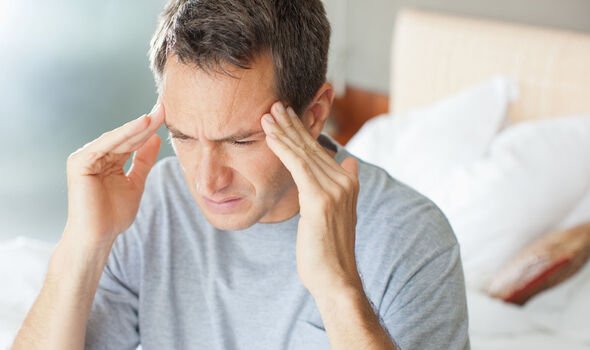 He explained: “We know that 30-45 percent of IE cases are caused by bacteria that derive from the mouth, but what has been unclear and disputed until now is whether there is a strong link between invasive dental procedures such as tooth extractions and IE in patients who are at high risk of developing the infection.”

One way to dodge these risks, according to the professor, would be to administer antibiotics to patients at high risk of IE before they undergo an invasive dental procedure.

Currently UK NICE guidance against the routine use of antibiotic prophylaxis, however, could be putting patients at unnecessary extra risk of developing infective endocarditis.

“Current UK NICE guidance against the routine use of AP should be reviewed,” noted Professor Thornhill.