So that’s why men find it so much easier to shed all that extra weight: Scientists confirm a marked difference between the sexes even when they stick to same amount of calories

Christmas is still just over a week off, but many couples will already be thinking about starting the New Year with a joint effort to shed the post‑festive extra pounds.

Spurring each other on might sound like a good idea but, inevitably, it seems one half of the couple is going to be disappointed.

For scientists have now confirmed what many women have suspected: men really do find it easier to lose weight than women.

The findings came by chance from The Direct Trial, a project led by Newcastle and Glasgow universities involving almost 300 men and women with type 2 diabetes.

They were put on a low-calorie (850 calories a day) diet to see if this would help them quickly lose 15 kg (about 2 st 3 lb) — a drop in weight it was hoped would reverse their diabetes. 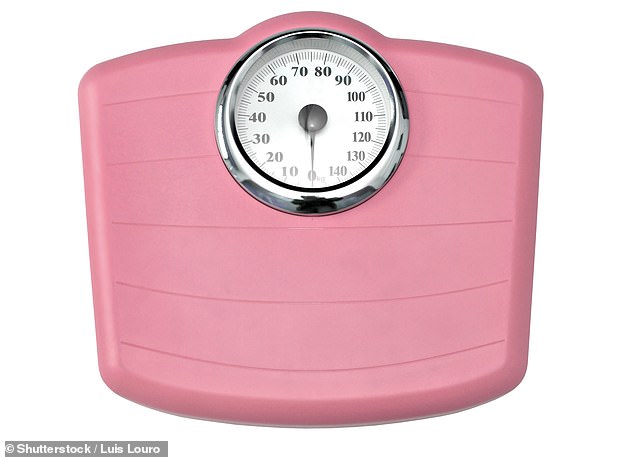 Scientists have now confirmed what many women have suspected: men really do find it easier to lose weight than women. (Stock image)

‘Both men and women were on the same amount of calories so there should be no confusion,’ says Dr George Thom, a research dietitian at the University of Glasgow and co-author of the latest research.

The initial results, published in 2017 in The Lancet, found that half of the participants went into remission from type 2 diabetes.

But a new analysis (based on studying participants for another three years, published in the journal Diabetic Medicine in September) found that despite being asked to stick to virtually identical soups and shakes, there was a marked difference between the sexes.

After a year on the diet, the men had lost, on average, 11 per cent of their body weight. Women, by comparison, lost 8.4 per cent.

And the gap continued. After two years, men lost 8.5 per cent of their body weight and women lost 6.9 per cent. So why might this be?

‘We had asked people to stop all their normal foods and replace them with four formulated shakes or soups a day, so it’s really quite strict, and this ‘black and white’ approach to weight loss may suit men better,’ says Dr Thom.

In other words, they stick to it.

‘That’s possibly because the diet culture targets women from an early age, whereas men are more likely to feel the need to lose weight in middle age, so women are more diet-weary,’ he adds.

But there are other physiological reasons at play. Men tend to be taller and have more muscle than women, meaning that they require more calories every day just to maintain their weight.

‘This is generalising, but a typical man in his 50s will need 2,500 calories a day to maintain weight, while a woman will need 2,000,’ says Sophie Medlin, a private consultant dietitian. 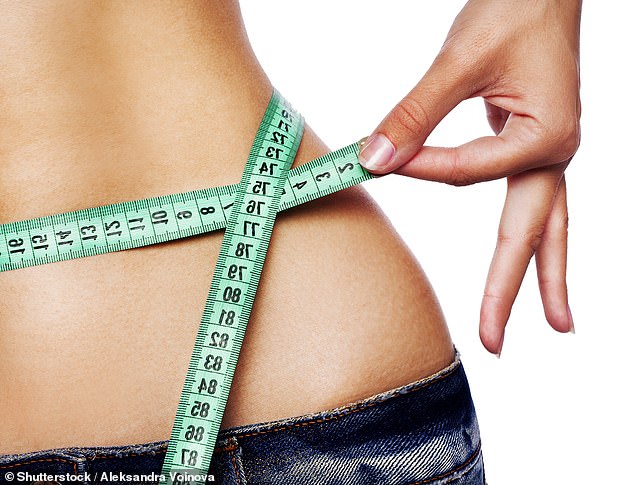 New analysis published in the journal Diabetic Medicine in September found that despite being asked to stick to virtually identical soups and shakes, there was a marked difference between the sexes. (Stock image)

‘For anyone wanting to lose weight, we normally say drop 500 calories a day. But if a couple are following the same diet and portion sizes, men will instantly have a larger calorie deficit and would automatically lose more weight, more quickly than women.’

So, based on the standard calculation that cutting out 3,500 calories a week produces a 1 lb weight loss, this means that if a couple had the same calorie intake, the man would lose approximately a pound a week more than the woman.

But that’s not the only bad news for women. Men also typically carry more weight in visceral fat — the invisible fat around vital organs — whereas women typically have more subcutaneous fat (stored under the skin) around their thighs, bottom and hips.

This fat distribution pattern in females tends to be protective against a host of metabolic health problems — a combination of type 2 diabetes, high blood pressure and obesity, according to various studies which have shown that subcutaneous fat is associated with better health.

On the other hand, the visceral fat seen in men leaves them at greater risk, particularly from cardiovascular disease.

The result is that when men lose fat, it’s visceral fat, which improves metabolic risk factors leading to a reduced risk of type 2 diabetes, high blood pressure and obesity.

Women who diet are successfully losing subcutaneous fat, but without the same impressive results in either weight loss, the new study suggests, or marked health improvement.

The psychological effect of seeing fast weight loss spurs everyone on — though if you’re the unhappy partner who has put in the same effort with considerably less success, it’s easy to feel like giving up.

‘Many people won’t realise that setting the same weight-loss goal as a couple could penalise the woman,’ says clinical psychologist Dr Rachel Andrew, based in Lancashire.

‘She could end up lacking in confidence when her partner appears to be doing so much better than her with the same effort.’

Dr Andrew believes that men and women need to be aware of the differences and likely outcomes before they start: ‘Recognise how your goals can be affected purely by the science.

So do it as a team, encourage each other, but go for a long-term approach that both can achieve.’

Five of the best mince pies

By Mandy Francis for The Daily Mail

They are a festive fixture but can be packed with sugar and fat — one mince pie may contain 250 calories.

Mince pies will always have a hefty sugar content because of the dried fruit and added sugar.

But this recipe has about a third less sugar per 100g than some ‘luxury’ versions (up to 40g).

You’ll get 1½ tsp of sugar in one small pie. These have natural ingredients — just flour, butter, some sugar, dried fruit and Cognac — which provide more nutrients than artificial ones. Choosing a smaller treat like this is a healthier way to satisfy festive cravings. 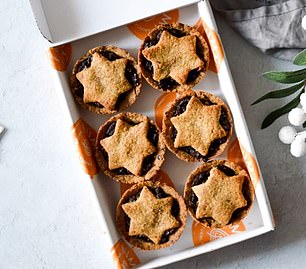 Nummy Mince Pies can be purchased on yumbles.com

Vegan-friendly and wheat-free — the pastry contains oats and coconut oil. Oats are a great source of beta glucan, a fibre important for gut health that has been shown to help lower cholesterol.

There is 13 per cent of your daily fibre in one pie.

Although they claim to be refined sugar-free, they are still very high in sugar (6 tsp in one pie). 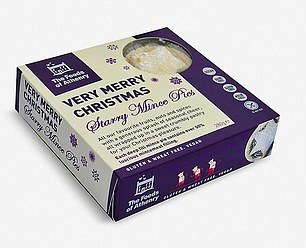 Another vegan mince pie, also gluten-free — the pastry is made from maize, rice, potato, tapioca and buckwheat flours.

The mincemeat filling is generous and this pie also has a lot less sugar and calories. But there are quite a lot of additives, including flavour enhancers and emulsifiers.

With these bake-from-frozen treats, you can bake just a handful at a time as needed. 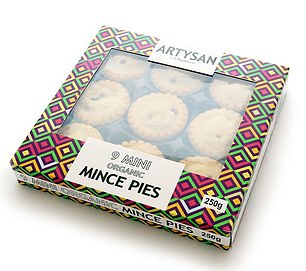 They are less than half the size of most mince pies, with fewer calories. Sugar content is one of the lowest: 2 teaspoons in one pie.

Although high in fat and sugar, these are made with very simple, natural ingredients, with no added preservatives.