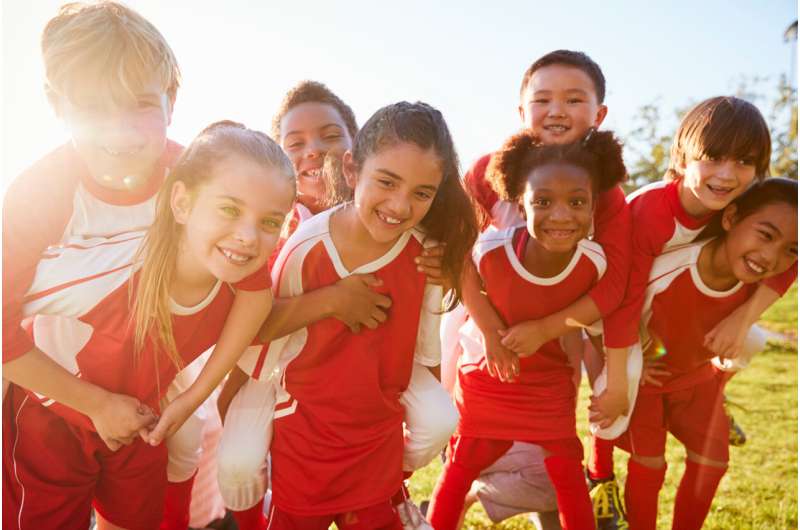 Whether it’s sports practice, music lessons or a casual catch up with friends, when children are involved in after-school activities, they’re more likely to feel happier and healthier than their counterparts who are glued to a screen.

In a new study conducted by the University of South Australia and the Department for Education, researchers found that children’s well-being is heightened when they participate in extra-curricular activities, yet lowered when they spent time on social media or playing video games.

Published in BMC Pediatrics, the study analyzed data from 61,759 school students in years 4 to 9 (via the 2018 South Australian Well-being and Engagement Collection), assessing the average number of days per week children participated in after-school activities (3–6pm), and measure these against well-being factors—happiness, sadness, worry, engagement, perseverance, optimism, emotion regulation, and life satisfaction.

It found that most students watched TV about four days of the school week and spent time on social media about three days of the week.

According to the Australian Institute of Health and Welfare, one in seven children (equivalent to about 560,000 children) have a mental health disorder, with one in 10 children having concerning levels of well-being.

“This is especially important for primary school-aged children as they’re learning about the challenges and risks that full-time school can present; but it’s equally important for teenagers who are facing a range of physical, social and emotional changes. Our study highlights how some out-of-school activities can boost children’s well-being, while others—particularly screens—can chip away at their mental and physical health.

“Screens are a massive distraction for children of all ages. Most parents will attest to this. And whether children are gaming, watching TV or on social media, there’s something about all screens that’s damaging to their well-being.

“It’s interesting because you might think that it’s the lack of physical movement that’s causing this, yet our research shows that doing homework or reading—both sedentary activities—positively contribute to well-being, so it’s something else. In fact, we found that children’s well-being was higher when they participated in extra-curricular activities—even if they already reported being happy.

“What this shows is that we need to find ways to encourage children of all ages and backgrounds to get involved in activities that keep them away from TV, computers and mobile devices.”

The research also highlights distinct differences between children who came from low and high socio-economic backgrounds.

Conversely, children who played video games and used social media almost always had lower levels of well-being: up to 9% less likely to be happy, up to 8% to be less optimism and 11% to be more likely to give up on things.

“Children who were more at risk tended to come from lower socio-economic backgrounds, which indicates a clear need for greater support in these areas,” Dr. Virgara says. “As many of these children responded well to playing sports, education initiatives and continued funding of government programs such as the State Government’s $100 School Sports Vouchers could be good options.

“All in all, the message is clear—gaming, watching TV, playing on computers, and scrolling through social media are not helping build or sustain positive well-being in children.