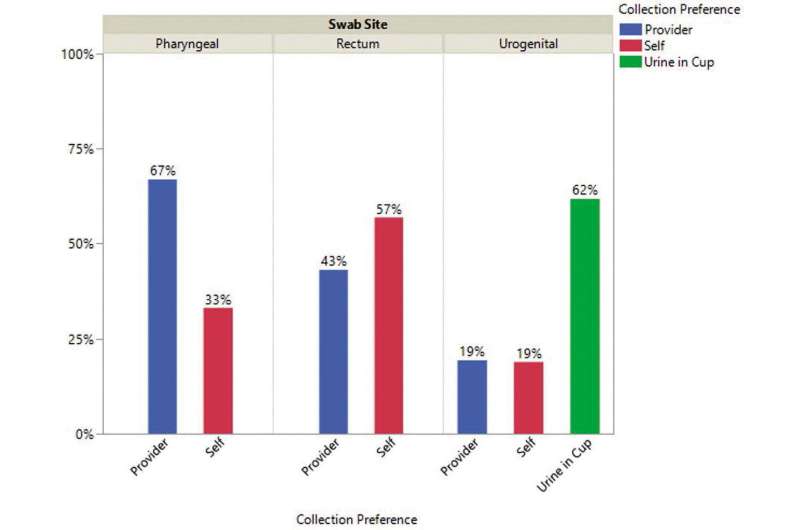 The 1,348 participants in the study, published in AIDS Patient Care and STDs, completed 2,203 tablet-based ACASI sexual history surveys leading to 531 participants receiving STI testing related to reported risk behaviors. Those tests identified 255 cases of gonorrhea, chlamydia, or syphilis, most of which (86 percent) would have otherwise gone undetected for lack of symptoms since most clinics test only after annual screenings or when patients are symptomatic.

“It’s important to identify and treat these infections because they can have severe long-term consequences such as infertility, blindness, and chronic pain, but we’ve struggled to routinely screen and test at-risk persons nationally,” said John A. Nelson, lead author of the study and the director of national training at the School of Nursing François-Xavier Bagnoud Center in Newark. “Few people realize how common STIs have become. Plus, providers and patients alike commonly feel uncomfortable discussing sexual behavior, even in HIV clinics.”

The incidence of bacterial STIs (chlamydia, gonorrhea, and syphilis) has risen sharply since 2014. With more people with HIV being in treatment, virally suppressed and thus unable to spread HIV, and more people using HIV prevention medication (PrEP), there has been an increase in condomless sex.

Using federal recommendations of asking about sexual behaviors and testing at-risk or symptomatic patients during routine doctor visits and repeating every 3-6 months if risk persists, this evaluative study utilized the four evidence-based interventions at nine HIV clinics in areas with above-average HIV and STI incidences.

According to surveys completed by patients after each clinic visit, more than 93% of participants reported using the ACASI sexual history as “easy” or “very easy.” The LGBTQ+ welcoming measures were significantly more likely to be noticed and liked by those under 50 years old and by those who identified as LGBTQ+.