A unique experiment using tracer gas was recently conducted at a Taiwan hotel converted to a quarantine center for people exposed to the severe acute respiratory syndrome coronavirus 2 (SARS-CoV-2) but showed no signs of infection. The goal was to identify the routes of the spread of the virus, which had caused a small outbreak in the hotel.

The results of this study, published in the Emerging Infectious Diseases journal, underline the enhanced transmissibility of the Omicron variants of the virus, which takes advantage of small airstreams to jump to new hosts. "Our findings emphasize the importance of ventilation and integrity of building structure in quarantine facilities." 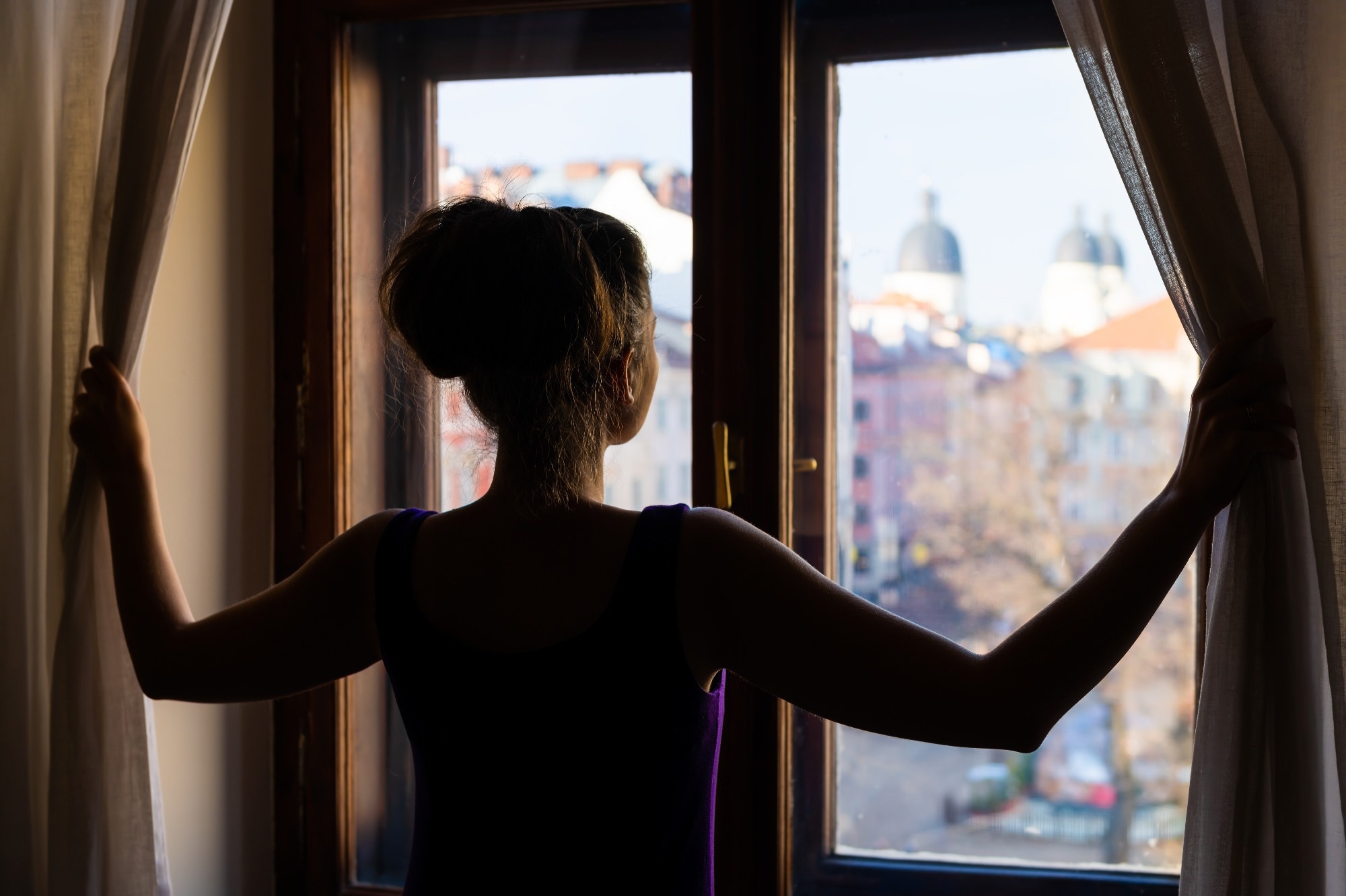 SARS-CoV-2 has been shown to spread rapidly and extensively from person to person. Aerosols have been strongly suggested as the primary transmission route, containing minute particles of virus-laden respiratory secretions that can stay aloft for relatively long periods. However, they can also scatter over wide areas, up to two meters in circumference, in the right setting, as documented during church choir rehearsals or at a bar.

Aerosol transmission has been recognized as a potential transmission route by the World Health Organization (WHO)and the US Centers for Disease Control and Prevention (CDC) when people are crowded together indoors or when indoor ventilation is inadequate for the number of people and the space.

Taiwan enforced a policy of requiring negative COVID-19 testing by a nucleic acid amplification test within three days of boarding the flight, later coupled with additional testing of saliva from the throat on arrival from July 2021 onwards. In addition, quarantine for 7-10 days was also required, which only ended with a subsequent negative test.

Since the Lunar New Year fell on February 1, 2022, there was a surge in inbound travel from Taiwanese residing overseas over the prior weeks. This fueled an increased requirement for quarantine hotels to accommodate many travelers.

As a direct consequence, many commercial hotels were converted to quarantine hotels. However, this posed a health risk to the quarantined individuals because the hotels had not been designed to keep pathogens from circulating through the air. In similar situations elsewhere, aerosols carrying the virus had been demonstrated to cross corridors and floors in such residential facilities.

As might have been expected, the first of many outbreaks occurred in December 2021 in one such hotel, involving eight travelers infected with the Delta variant. At least 15 outbreaks followed, of which one was reported on December 29, 2021. This affected three people staying in different rooms on different floors, but all became infected during the quarantine period.

The Taiwan Centers for Disease Control investigated this last three-case outbreak, assuming it began with a traveler from New York, USA, who was then experiencing active transmission of Omicron.

Noncontact measures were evaluated, as was the personal protective equipment used at the quarantine hotel. The hotel's structural arrangement and ventilation system were also examined, with tracer gas used to explore the possibility of aerosol flow between rooms. Ethanol was used as the tracer gas, being picked up by an air quality monitor.

The three patients in this investigation were all negative for the virus before and after arrival in Taiwan, as shown by the negative tests. All remained confined to their rooms throughout their hospital stay. No other hotel staff or guests were positive over the month preceding the current study.

The first case came from China, stayed in room 611, and remained asymptomatic but tested positive on day 14 of quarantine (December 28, 2021). The next day all hotel residents on these two floors were tested for the virus.

The second of the three patients, the suspected primary case, arrived from the USA a week later than the first, two days before the third, and stayed in room 510. Both the first and the second patients had been double-vaccinated, one with Sinopharm and the other with the Pfizer/BioNTech vaccine.

The third case arrived from Japan, had received a single dose of the Pfizer vaccine, and remained asymptomatic throughout. She stayed in room 503.

The first patient, quarantined in room 510, fell sick on December 29, 2021. A day earlier, the patient in room 611 had tested positive, triggering a round of testing on these two floors by reverse transcriptase polymerase chain reaction (RT-PCR). This led to the detection of the other two cases, both of whom were hospitalized. Other guests on these floors were directed to remain in quarantine in another hotel for another two weeks. All continued to test negative before the end of this second period.

All three infected patients had the same subclade of the Omicron lineage, showing the same three unique single nucleotide polymorphisms. There were two nucleotides different between the strains from the three cases.

Meanwhile, the team turned up gaps in the partition walls through which plumbing or electrical conduits passed or had once passed. Some were no longer in use but had not been properly closed off. Some abandoned pipes had been left cut short and unsealed, projecting from the ceiling of one room into the bathroom floor of the room above.

Potential routes of aerosol carriage were found for all three rooms, which could easily account for the spread of the aerosols via the airflow produced by the air conditioning system.

Ethanol was also detectable in the rooms of the other two patients when released in the room of the index patient. However, environmental samples from all sites, including the three patient rooms, were negative.

The investigators concluded that the outbreak had been caused by an Omicron subvariant, the first such Omicron outbreak in Taiwan that was not already present on arrival. Despite the spatial separation of the three cases, the virus was able to make its way around the premises via contagious aerosols to cause an outbreak.

The study results suggest that "seemingly independent, closed rooms had hidden interconnections." Poor ventilation could also play a role in allowing the virus load to build up and then be transferred to other rooms via the cracks and gaps in the walls and ceilings. The long periods of potential exposure, from one to two weeks, would increase the chances of successful infection.

This indicates that besides the requirements for no-contact service and disinfection already in place, building layout and ventilation systems have escaped the safety net regarding quarantine for infectious diseases. The Taiwan authorities have now conducted a full survey of all quarantine hotels for ventilation and air conditioning, revealing some frequently found defects like incomplete partitional walls, no fresh air being brought in from outside, and leakage of bathroom air to the corridor or other rooms or floors.

The finding suggests avoiding `100% recirculation of room air, bringing in fresh air, and testing using convenient and nontoxic tracers like ethanol gas that do not need specialized operators or equipment.

"Our findings support the possibility of SARS-CoV-2 aerosol transmission in a poorly ventilated quarantine hotel, which underscores the importance of ventilation and the integrity of building structure in selecting and approving quarantine facilities."