Home » Health News » The benefit of radiosensitizers in cancer treatment 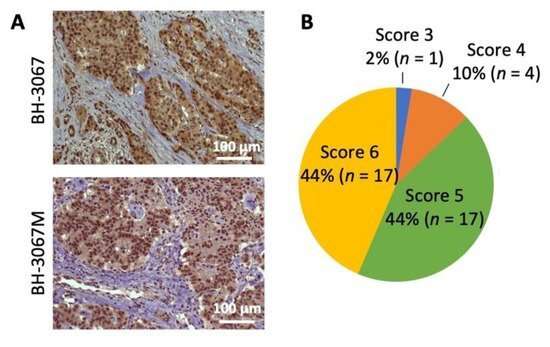 A recent publication in the journal Cells demonstrated the benefit of utilizing drugs to promote radiation sensitivity in models of a rare tumor subtype.

The study was conducted in the lab of Dr. Piotr Rychahou, associate professor in the University of Kentucky Department of Surgery and researcher with the UK Markey Cancer Center. His team’s research illustrates the potential benefit of using an inhibitor of PI3K/mTOR pathway, key player in tumor formation, to increase the toxic effect of radiation therapy using in vitro models.

Diagnoses of gastroenteropancreatic neuroendocrine tumors (GEP-NET) have increased substantially since the 1970s. However, despite this sharp increase in patients with this form of cancer, the overall prognosis for these patients remains poor.

The study also examined whether it is possible to reduce frequency of drug treatments by targeting cancer cells with PI3K/Akt inhibitor, PF-04691502, when they are most vulnerable after radiation therapy. Pre-radiation and simultaneous treatment with PF-04691502 did not increase apoptosis, while PF-04691502 administered post-radiation produced a synergistic induction of cancer cell death compared to either PF-4691502 or radiation alone.

“By doing these kinds of studies, we develop a method to evaluate radiosensitizers,” said Dr. Zeta Chow, a radiation oncology resident who led the project under the guidance of Rychahou and UK Markey Cancer Center Director Dr. Mark Evers. “Due to the aging population not being able to handle surgery, radiotherapy and chemotherapy are becoming the more prominent multi-modal anticancer therapy. Schedule-dependent PI3K/mTOR inhibition has a potential to reduce the frequency of side effects observed after PI3K/mTOR pathway inhibition by reducing number of administered doses required to achieve cytotoxic effects in cancer cells.”

Two student researchers from the Appalachian Career Training in Oncology (ACTION) Program also helped establish some of the background for the project. Second-year medical student Matthew Melton and first-year medical student Carrigan Wasilchenko both did preliminary research on different cell lines and drugs to identify an efficient radiosensitizer to facilitate this study.

“The bench research that I did over the summer in the ACTION program exposed me to a protocol-oriented style of thinking and to different areas of medicine and research,” said Melton. “The ACTION program provided me more opportunities and exposure to research than I had in my entire first year of medical school.”