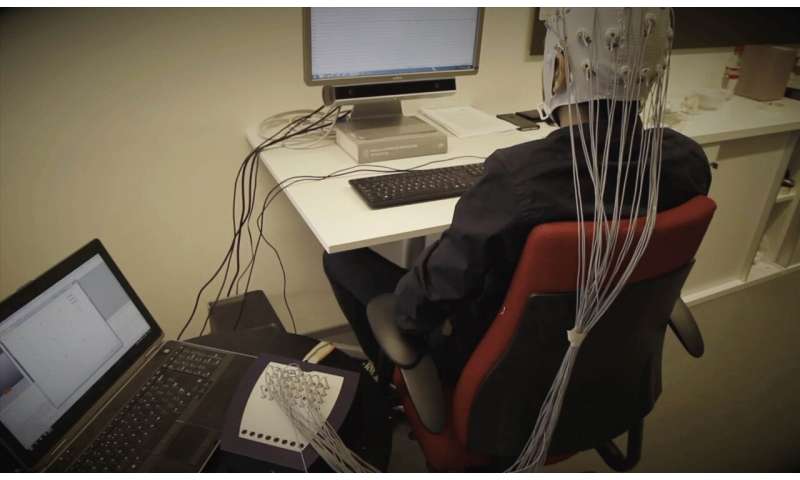 By analyzing brain activity, researchers found that the brain regulates its resource use and tries to identify the most essential information.

A recently completed study indicates that the human brain avoids taking unnecessary effort. When a person is reading, she strives to gain as much information as possible by dedicating as little of her cognitive capacity as possible to the processing.

This is a finding presented in an article by specialists in computer science and psychology at the University of Helsinki, published in May in Scientific Reports.

Previous studies have shown that word length and frequency, as well as syntactic and semantic errors included in sentences, affect brain activity to language.

In the recently published study, the perspective was expanded to the level above individual sentences, the discourse level. It was studied using six-sentence paragraphs. At this level, the relationship between words becomes increasingly complex, and the significance of context in interpreting individual words is increased. On the discourse level, very little about information processing by the brain has been known so far.

Difference between high and low value of information

The researchers developed a model based on information theory to determine the informativeness of words and associated these with brain activity. A study was conducted by having volunteers read sentences from Wikipedia entries while recording their brain activity using electroencephalography (EEG). In the EEG, a selective electric brain potential was observed in response to reading high- versus low-value words.

“When someone reads the sentence ‘Cats are small, usually furry mammals,’ words such as ‘mammal’ and ‘furry’ evoke a particular pattern of brain activity. This suggests that the brain is efficiently processing information: Concentrating its efforts where the most additional value in understanding the message is to be gained,” says Michiel Spapé, a senior researcher who contributed to the study.

A related finding revealed that, by using AI-based techniques, brain measurements pertaining to individual words can be used to predict whether the information gain for the words read is low or high.

“Consequently, we are able to predict the information gain of content processed by people without accessing the content itself. Instead, we only utilize brain measurements,” says Tuukka Ruotsalo, Academy research fellow in charge of the study at the University of Helsinki.

The results can be utilized in future brain-information interfaces, which observe brain function when people perceive and process various types of information.

“Such applications could be used, for example, in healthcare, or, in the future, even in modeling the tastes, values and opinions of ordinary consumers,” Ruotsalo says.

Ruotsalo points out that the research is only at its basic stage.