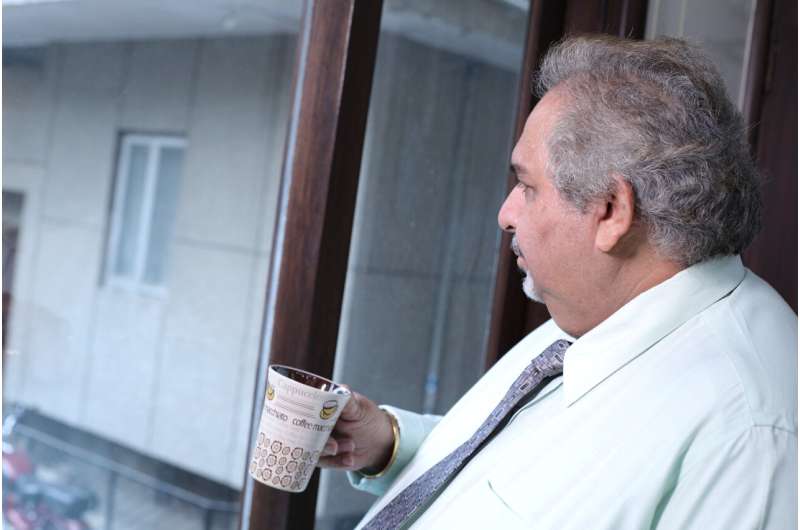 A major presentation at this year’s International Congress on Obesity (ICO 2022) in Melbourne, Australia (18–23 October) (a biennial meeting of the World Obesity Federation) will describe how a combination of factors including the COVID-19 pandemic, and the inability of global platforms like the COP26 climate meeting in Glasgow and the UN Food Systems Summit to catalyze action have further worsened the Global Syndemic of obesity, malnutrition and climate change, making it even more damaging to global population health. The presentation will be given by Boyd Swinburn, Professor of Population Nutrition and Global Health in the School of Population Health, University of Auckland, New Zealand.

Three years ago, The Lancet Commission on Obesity published its report describing how obesity, undernutrition and climate change negatively interact with each other and have common drivers creating a synergy of pandemics called the Global Syndemic which the Commission characterized as the greatest health challenge of the 21st century.

The Commission explained that efforts to include environmental sustainability principles within their dietary guidelines failed due to pressure from strong food industry lobbies, especially the beef, dairy, sugar, and ultra-processed food and beverage industry sectors. Only a few countries (including Sweden, Germany, Qatar, and Brazil) have developed dietary guidelines that promote environmentally sustainable diets and eating patterns that ensure food security, improve diet quality, human health and well-being, social equity, and respond to climate change challenges.

Since publication in 2019, several major events have taken place that have left the world in an even more perilous position to tackle obesity.

“COVID-19 has a had a huge obesogenic effect on the world, dramatically increasing obesity through multiple mechanisms—people stuck at home eating, looking at screens and not able to exercise, more fast food marketing and home deliveries, and paradoxically, more food insecurity,” says Swinburn.

“For example, in New Zealand, the adult population has gained about 140g per person per year over the past decade, but over the lockdowns in 2020/2021—this increased ten-fold to 1.4kg in one year. Not only this, but many of the systems such as surveys we use to keep track of obesity have been disrupted, meaning we don’t have the data to track things as well as before.

“Many low- and middle-income countries already have high double burdens of undernutrition and obesity and their food and social safety net systems are precarious. COVID created an even greater disruption in these countries when the ability of people to work to earn enough money to buy basic provisions really plummeted.”

“Yet how quickly the world responded to COVID shows what we could really do if we wanted to focus on the obesity and undernutrition crises. The fear factor of a new infectious disease spurred the world into rapid action to protect populations during COVID, but for chronic diseases such as obesity, that same urgency does not yet exist.”

Prof. Swinburn will also explain the disappointment of the obesity and nutrition research communities that food systems transformation did not feature prominently at the COP26 climate summit in Glasgow in November 2021, despite food systems creating between a quarter to a third of greenhouse gas emissions. Agriculture industries have been largely successfully to date in lobbying their national governments to keep agriculture out of emissions taxes or trading schemes. “We were hoping that food systems issues would play a much greater role in COP27 in Egypt in November this year, but as yet have seen no concrete commitments on this,” explains Prof. Swinburn.

Another event that promised much but delivered little in the way of concrete actions or commitments, says Prof. Swinburn, was the UN Food Systems Policy Summit held in September 2021. In the lead up to the Summit, hundreds of “Food Systems Dialogs” engaged groups from diverse sectors in discussions about the future of food. “A real positive from this process was that people saw that food as more than just an economic commodity and that food systems needed to be redesigned to deliver on better health, environmental and equity outcomes. However, in the end, as with most UN events, the proceedings became dominated by the interests of high-income countries and the private sector which diluted a lot of the final messaging,” he says.

“We ended up with a lukewarm declaration with vague promises and no accountability, not like the Paris Climate Accords with defined targets. But defined targets for policy actions are exactly what we need to start seriously tackling the Global Syndemic,” he adds.

Prof. Swinburn will also feature ultra-processed foods (UPFs) in his address, and the evidence that continues to mount on their role in the obesity crisis. “Unfortunately 40–50% of food consumed in high income countries today is ultra-processed, and other countries are rapidly heading in that direction also,” he explains.

“The evidence that connects consumption of these foods to obesity and other chronic diseases such as heart disease, diabetes and cancer is now irrefutable, but we continue to consume these foods in high amounts because they are tasty, cheap, full of additives and have a long shelf life,” explains Prof Swinburn. “We love the taste, price and convenience of these foods, and the companies that make them love the profits. We are trapped in a web with these foods and are struggling to escape it.”

The World Health Organization has many policy recommendations for reducing UPFs, and is now working on plan to accelerate global action on obesity prevention. This is providing some hope for stronger action, says Prof Swinburn, “but the policies that have proven effectiveness, such as taxes on UPFs, restrictions on marketing to children, mandated warning labels for fat, salt and sugar, and only healthy food and drinks in all schools, will continue to struggle to get traction within countries due to the powerful lobbying against effective policies by the ultra-processed food industries.”

He will also make reference to countries that are working hard to implement these policies recommended by WHO—some successfully, some unsuccessfully. For example, Mexico, with the second highest obesity rates among OECD countries (behind only the U.S.), has introduced taxes on sugar-sweetened soft drinks and UPFs and mandatory warning labels on UPFs with high fat, sugar, salt content. Chile also has warning labels and laws limiting marketing and promotion of unhealthy food and drink products to children and adolescents.

“Contrast this outcome with the U.K., which has spent much time and effort getting consensus for an obesity strategy, including laws to reduce all marketing, including digital marketing, of unhealthy foods that would be seen by children and bans on buy-one-get-one-free and other offers on unhealthy food. Before leaving office, former Prime Minister Boris Johnson had already started turning his back on the obesity strategy and new Prime Minister Liz Truss is now talking about walking away from it altogether.”