A rapid test that can spot deadly drug-resistant superbugs in just 30 minutes is set to be offered to hospital patients across the country, potentially saving thousands of lives in the years ahead.

Experts have become increasingly alarmed about the spread of infections that don’t respond to antibiotics on hospital wards and kill thousands every year.

The bugs can spread prolifically among patients, many admitted for minor problems such as urinary tract infections.

Until now, doctors would use tests that took at least 48 hours to return a result, by which time it was often too late to isolate the patient in order to stop the spread of the infection. 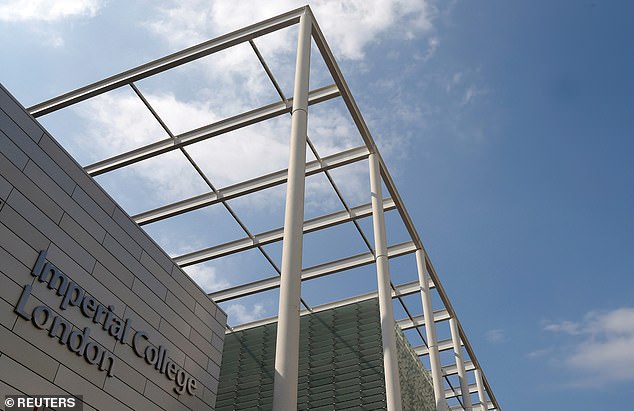 The test has been developed by scientists at Imperial College London, pictured, and can spot if an infection is resistant to powerful antibiotics almost immediately

But the new test, developed by scientists at Imperial College London, can almost instantly spot if an infection is resistant to one of the most powerful antibiotics. And crucially, it seeks out genetic clues within the bacteria that indicate how likely it is to spread.

Dr Gerald Larrouy-Maumus, molecular biologist at Imperial College London and creator of the rapid test, said: ‘These infections could be a much bigger threat than Covid if we don’t take action to address the problem early enough. Tests like these will become routine in UK hospitals in the next few years.’

Antibiotics have been used as effective tools to fight infection for nearly 100 years. But in the past two decades concern has grown over the increasing number of bacteria that are becoming resistant to their effect.

Experts blame the problem on doctors’ overuse of the drugs, as repeated exposure to the medication helps the bug learn to evade its effect.

In England, more than 5,000 deaths a year are caused by antibiotics no longer working. Worldwide, the figure is thought to be at least 700,000. And according to the World Health Organisation, this figure could reach as many as ten million by 2050 as infections become ever more resistant.

A campaign launched in 2018 called Keep Antibiotics Working warned that if people kept using antibiotics for common conditions such as coughs, flu, or throat, ear or chest infections, standard NHS procedures including hip replacements and caesareans could become life-threatening due to drug-resistant bugs spreading within hospitals.

But the number of infections has continued to rise, and in 2019, The UK Health Security Agency (formerly Public Health England) reported more than 65,000 cases – the highest figure since records began.

Without effective treatment, commonplace conditions such as urinary tract infections, usually caused by a bacteria called E.coli, can lead to serious, deadly illnesses like pneumonia and sepsis. And if a patient in hospital is infected, the bug can easily spread to other vulnerable patients. 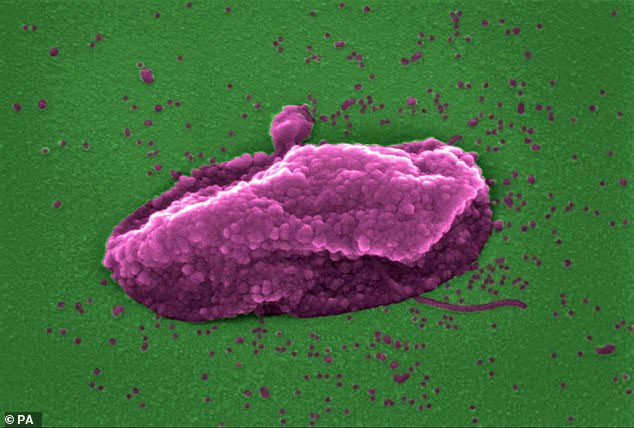 Detecting super bugs in hospitals can take up to 48 hours, by which time a patient’s condition can deteriorate markedly while the bacteria could spread to other vulnerable people on the ward

Currently, hospitals try to control this by asking all patients with a suspected bacterial infection for a urine sample on arrival, which is sent for analysis.

But this can take up to 48 hours to process because the samples have to be sent to an off-site laboratory. In the meantime, patients will be mixing in communal areas, potentially passing on the infection. 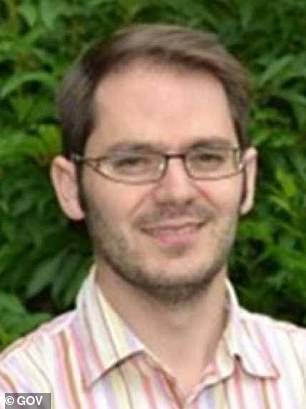 Dr Gerald Larrouy-Maumus, molecular biologist at Imperial College London and creator of the rapid test, said: ‘These infections could be a much bigger threat than Covid if we don’t take action to address the problem early enough. Tests like these will become routine in UK hospitals in the next few years’

The new test will be given to the same patient group, with the results analysed by hospital staff, for a speedy response. The tool tells doctors whether the infection is resistant to colistin, a so-called ‘antibiotic of last resort’, because it is reserved for when others fail. The test can also identify DNA molecules in the infection that suggest it may be highly infectious, and likely to spread.

If an infection is found to be resistant to colistin and is highly infectious, those with it will be isolated from other patients immediately.

The speed of the test also benefits the patient as doctors can start them on the right medication sooner, increasing their chances of survival.

According to NHS data, the number of patients resistant to colistin rose seven-fold between 2016 and 2020.

Dr Larrouy-Maumus says: ‘We have other drug options after colistin but these can often lead to complications, such as kidney damage, so we reserve them for the very worst affected patients. If these don’t work, then there’s very little we can do.’

Professor Anne Dell, head of Imperial’s Department of Life Sciences, said of the technology: ‘It promises to play an important role in addressing antibiotic resistance and ultimately in saving lives.’