Home » Health News » The pandemic has not caused a super-gonorrhea outbreak, but experts say it could 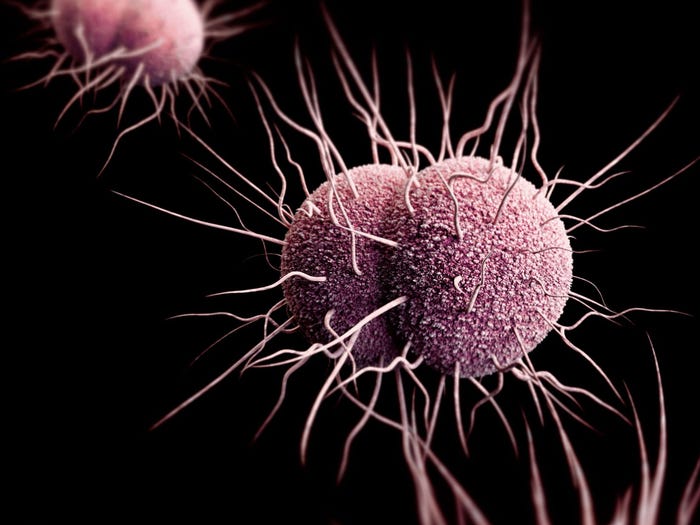 If you scrolled through Twitter over the weekend, you may have encountered a trending and terrifying phrase: super-gonorrhea.

The social media panic came after a World Health Organization (WHO) representative told the Sun that the sexually-transmitted illness gonorrhea may be becoming more resistant to certain antibiotics used to treat it, threatening a rise in cases of untreatable "super-gonorrhea." (The term stems from "superbugs," a colloquial term used to refer to bacteria that have become resistant to antibiotics.)

While there is no evidence of a rise in cases of pandemic-related drug-resistant gonorrhea just yet, experts told Insider it is a valid concern.

The more bugs are exposed to the drugs used to kill them, the more familiar with it they can become, mutating to find ways to survive them. Azithromycin, an antibiotic used to treat gonorrhea, is also commonly prescribed for chest infections and pneumonia — conditions often seen in COVID-19 patients. It was even tested as a treatment for severe COVID-19 early in the pandemic.

While it has since been deemed ineffective in treating COVID-19, experts say azithromycin is still being increasingly prescribed, which could worsen the existing problem of superbugs like antibiotic-resistant gonorrhea.

According to Dr. Edward Hook, director of the STD Control Program for the Jefferson County, Alabama Department of Health, gonorrhea has been gradually building resistance to the antibiotics used to treat it.

Ciprofloxacin used to be an antibiotic recommended by the CDC to treat gonorrhea in the 9os, but by 2007 the agency switched its protocol: a high percentage of gonorrhea cases were being reported resistant to the antibiotic. The treatment was changed to use a combination of the antibiotics ceftriaxone and azithromycin.

Over a decade later in 2018, health officials flagged a rise in gonorrhea cases that were resistant to azithromycin, and updated its treatment recommendations. Physicians, they said, should treat patients with one injection of ceftriaxone.

Experts say doctors prescribing more antibiotics during the pandemic to treat COVID-19, particularly azithromycin, could be contributing to this resistance.

"The indiscriminate use of antibiotics may actually increase pressure on the development of resistance to gonorrhea," Dr. Peter Leone, Professor of Medicine in Division of Infectious Diseases at the Gillings School of Public Health at the University of North Carolina, told Insider.

This resistance coupled with fewer people getting tested and treated for STIs during the pandemic could be cause for concern.

While super-gonorrhea sounds scary, experts say the term itself is more fear-mongering than is warranted.

Dr. H. Hunter Handsfield, Professor Emeritus of Medicine at the University of Washington Center for AIDS and STD and advisor with the American Sexual Health Association, told Insider "antibiotic resistance does not 'strengthen' gonorrhea or any other STI" because it does not make transmission easier or symptoms more severe.

The only real difference between gonorrhea and super-gonorrhea is that the latter has fewer treatment options, which is why Handsfield finds the term inappropriate.

Experts say antibiotic-resistant STIs are not an immediate health crisis, as ceftriaxone is still effective in treating gonorrhea, but the concern that does come with these kinds of STIs is that it makes them harder to treat.

Experts recommend people continue to get tested for STIs and continue to practice safe sex and COVID-19 precautions.

How to tell if you have genital warts or herpes