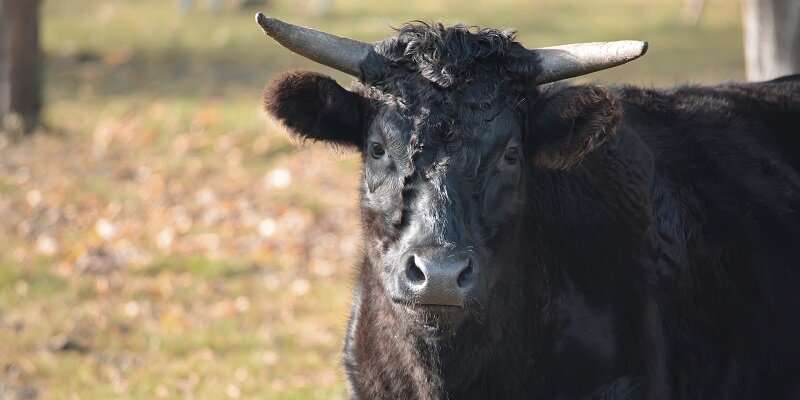 Scientists have conducted a ‘molecular dissection’ of a part of the virus that causes foot-and-mouth disease, to try and understand why the pathogen is so infectious.

Foot-and-mouth disease is a highly contagious infection of cloven-hoofed animals which affects agricultural production and herd fertility. Global economic losses due to the disease have been estimated at between $6.5 billion and $22.5 billion each year, with the world’s poorest farmers hardest hit.

A team of scientists from the Leeds and the University of Ilorin, in Nigeria, has investigated the significance of the unusual way the virus’s genome—or genetic blueprint—codes for the manufacture of a protein called 3B. The protein is involved in the replication of the virus.

Researchers have known for some time that the virus’ genetic blueprint contains three separate codes or instructions for the manufacture of 3B. Each code produces a similar but not identical copy of 3B. Up to now, scientists have not been able to explain the significance of having three different forms of the protein.

In a paper, “Functional advantages of triplication of the 3B coding region of the FMDV genome,” published in the Federation of American Societies for Experimental Biology Journal, the Leeds researchers reveal the results of a series of laboratory experiments which has demonstrated that having multiple forms of 3B gives the virus a competitive advantage, increasing its chances of survival.

Dr. Oluwapelumi Adeyemi, formerly a researcher at Leeds and now with the University of Ilorin and one of the paper’s lead authors, said: “Our experiments have shown that having three forms of 3B gives the virus an advantage and that probably plays a role in why the virus is so successful in infecting its hosts.

“It is not as straightforward as saying because there are three forms of 3B—it is going to be three times as competitive. There is a more nuanced interplay going on which needs further investigation.”

The paper describes how the scientists manipulated the genetic code, creating viral fragments with one form of 3B, two different forms of 3B and all three forms of 3B. Each was then measured to see how well they replicated.

They found there was a competitive advantage—greater replication—in those samples that had more than one copy of 3B.

Dr. Joe Ward, post-doctoral researcher at Leeds’ School of Molecular and Cellular Biology and the Astbury Centre for Structural Molecular Biology, and second co-lead author of the study, added: “The results of the data analysis were clear in that having multiple copies of the 3B protein gives the virus a competitive advantage. In terms of future research, the focus will be on why is that the case, and how the virus uses these multiple copies to its advantage.

“If we can begin to answer that question, then there is a real possibility we will identify interventions that could control this virus.”