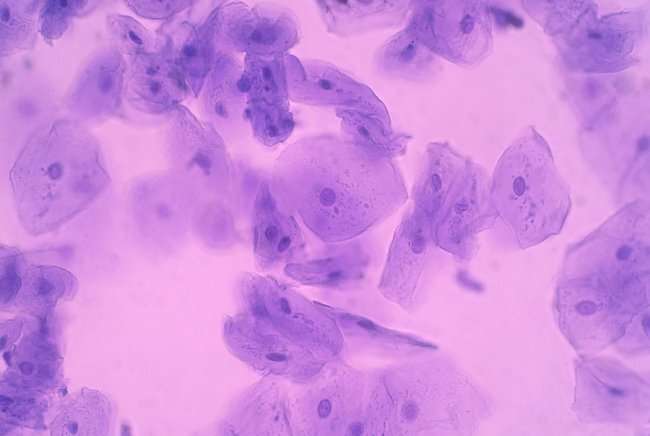 Cancer is a difficult disease to treat and to study, and can be caused by a range of genetic mutations. For instance, the mutated RAS gene causes a loss of structure in so-called epithelial tissue, a tissue type that lines the outside of organs. To better understand this process, researchers at TU/e along with colleagues from IBEC in Spain and UCL in UK have studied how the RAS gene leads to tumor growth in 2D layers of epithelial cells. Results indicate that tissue physics play a key role in tumor growth, suggesting that mechano-therapies might help to combat tumors in future treatments.

Cancer is a complex family of over 200 distinct diseases, with many typically caused by a mutated gene known an oncogene.

One example is the RAS oncogene, which is mutated in around 30% of human cancers, and is known to cause the loss of structure in epithelia tissue, a type of tissue that you’ll find covering any part of the body exposed to the outside world as well as lining the outside of organs.

In fact, it is epithelia tissue that produce the most aggressive forms of cancers: carcinomas. Recent evidence suggest that tissue physics plays a leading role in changing the structure of epithelia tissue once the RAS oncogene is activated.

A new study led by Vito Conte, of Institute for Bioengineering of Catalonia (IBEC) and TU/e, has provided key insight into how tissue physics controls RAS oncogene expression and the resulting loss of tissue structure during the early stages of tumor growth.

“We have known for some time that cancer alters the physics of tissues,” Conte says. “We are now gradually understanding that tissue physics also feeds back into cancer progression. This interchange opens new ways to improve current therapeutics, or even create new ones such as mechano-therapeutics.” 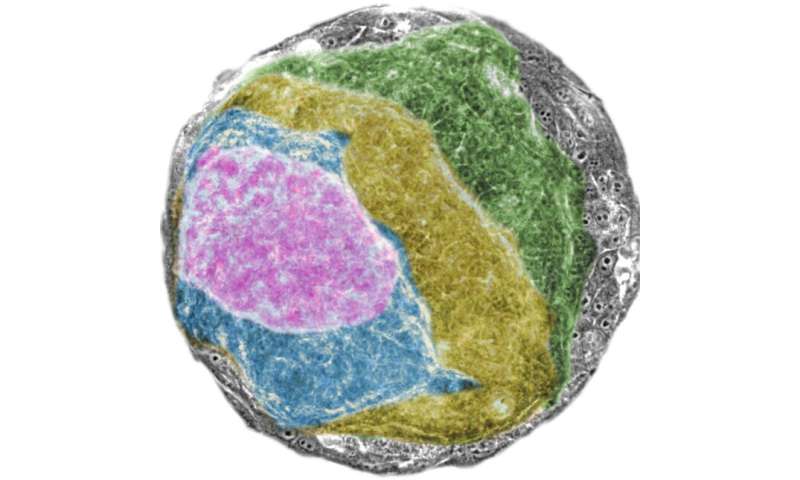 Starting with a sheet of normal cells

To maintain the structure and functionality of tissue, epithelial cells work together in a highly-coordinated manner. The breakdown of tissue structure is a strong indicator of tumors in epithelial tissue, which account for up to 90% of all cancers.

Conte and his international team of researchers sought to investigate how physics is involved in this process when the RAS oncogene is activated in a single layer of epithelial cells. “Identifying mechanical changes at the cellular level directly in the human body is difficult. So, our main challenge was to develop a way to grow normal human tissue in the lab, and then monitor in real time the structure and mechanics of tumors in these tissues when we switched on the RAS oncogene.”

Transforming from 2d to 3d

The researchers grew 2D sheets of epithelial cells in the lab and activated the RAS oncogene in selected samples. Within just 24 hours, structural and mechanical instabilities due to unbalancing of the intercellular forces in the samples was observed.

In less than 48 hours, the RAS-activated tissue had transformed into a 3D mass, indicative of the onset of tumor growth. On the other hand, the non-transformed epithelia samples maintained their 2D control structure.

Closer inspection of the samples with the activated RAS oncogene revealed that the cells first separated into two discrete layers, which primed the entire tissue for loss of organization and the subsequent formation of a 3D cancerous mass. The researchers supported their experimental findings by modeling the data in a computer simulation.

“If we understand why and how this 2D to 3D structure change occurs, it is possible that physical changes of this kind could be used as indicators of carcinogenesis in the future, which could then be targeted with mechano-therapies,” points out Conte.