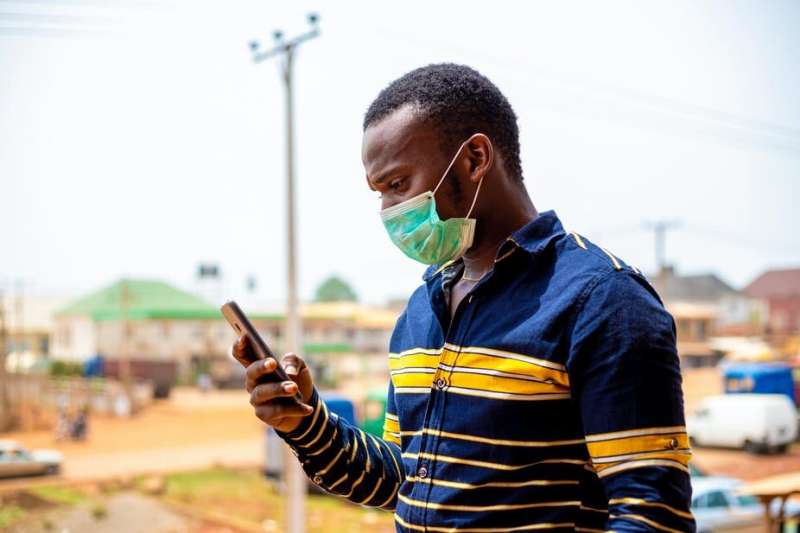 Respiratory diseases are highly infectious and cause a significant health burden. Disease surveillance is the bedrock of public health responses to outbreaks or epidemics caused by these diseases. Effective surveillance gives an indication of the scale of the problem. But traditional disease surveillance is mostly limited to health facilities or surveillance sites, where doctors and nurses identify cases and report to national authorities. Here, a team from South Africa’s National Institute for Communicable Diseases talks about another useful tool: community-based surveillance.

How does community-based surveillance of respiratory diseases work?

A commonly used form of respiratory disease surveillance works through a network of healthcare facilities that have a specific geographic catchment zone. In these zones, patients come to the clinic or hospital with symptoms that meet the criteria for a suspected case. Specimens and clinical data from the patient are then collected and sent to the laboratory for testing and epidemiological analysis. A disadvantage of this is that it relies on people coming to healthcare facilities.

It’s also possible to collect data directly from patients. People can report their symptoms online without having to go to a health facility. A weekly online survey of symptoms can give the public health community access to real-time data on suspected cases of acute respiratory tract infection.

Reporting via online platforms has worked successfully in Europe, Australia, the United States and Mexico to detect increases and variations over time of respiratory illnesses.

This is not an alternative to traditional disease surveillance, but a complementary tool.

Has it been done in Africa and if so, what were the outcomes?

Participatory surveillance has not yet been implemented in African countries. There has only ever been one pilot study, in Tanzania. In 2016, a pilot study of a mobile app called AfyaData was implemented for participatory surveillance in Tanzania. The aim was to establish a platform where members of the community could report any symptoms they encountered. Based on the clinical data provided these would be grouped into categories of diseases. In the pilot study most of the reported cases were related to the digestive system. The second most frequently reported cases were related to the respiratory system. This demonstrated the potential of obtaining close to real-time data on diseases directly from the community.

The National Institute for Communicable Diseases will embark on a pilot study in March 2022. The aim is to explore whether a participatory surveillance system for respiratory diseases could work in South Africa and complement long-term surveillance.

We’ll be following a standardized approach taken by countries that form part of InfluenzaNet in Europe. This is similar to other platforms developed in Australia, Mexico and the U.S.

Ours will be different, though, in two ways. Participants in South Africa will not incur any mobile data costs for being in this study. And the pilot will include the option of obtaining laboratory confirmation of the cause of illness in a subset of individuals. Participants residing in specific areas where the facility is available, who report symptoms through the app, will be able to ask for a swab to be delivered to their homes and have a PCR test done at the lab for influenza, respiratory syncytial virus and COVID-19. The result will be sent to their phone.

What are the benefits of participatory surveillance?

Participatory surveillance is in place in 11 European countries that form part of the InfluenzaNet network. Here it’s been shown to address some of the limitations of traditional facility-based systems. For example, it can detect the start of the flu season up to two weeks earlier than traditional facility-based surveillance. This allows public health officials to plan and respond earlier to seasonal outbreaks.

The same analysis can now be done for COVID-19 cases, which were previously not included in participatory surveillance platforms.

The systems enable analysis of health-seeking behavior in people who don’t see a doctor or nurse. For example, people may use home-based remedies, search for guidelines on the internet or consult traditional healers. Health-seeking surveys are often conducted in research studies for a defined period of time, but data is not routinely collected. Participatory surveillance is a longitudinal and systematic way of collecting information about health-seeking behavior related to respiratory diseases.

What are the limitations?

There a number of limitations with participatory surveillance.

First, the success of the system requires active and sustained participation from the community. This often wanes over time. Sometimes the active participants do not report symptoms consistently on a weekly basis. This may affect trends that are identified and the accurate reporting of cases.

Second, participatory surveillance systems do not uniformly represent the entire population. Often children below the age of 18 are excluded. Studies have also shown there is an under-representation of people over 60 years. The strength of such systems, however, is that they complement traditional facility-based surveillance. They provide data from age groups that are often under-represented in traditional surveillance.

Third, in low-to-middle-income countries, limitations in information and communications technology infrastructure, and access to mobile data, may affect participation.