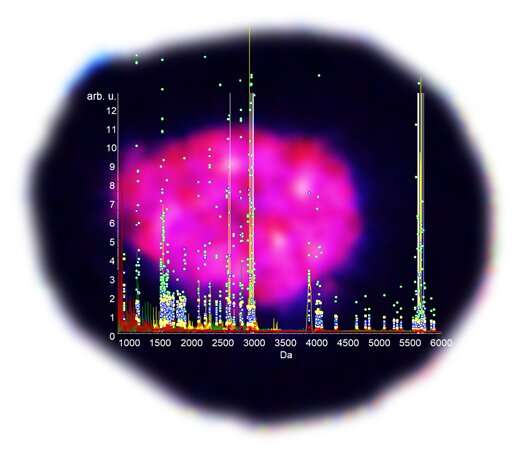 Pancreatic islets are mini-organs that make and release insulin and several other peptide hormones to control our glucose levels. Although various studies have previously looked at how pancreatic cells communicate with each other, the exact nature of these chemical signals has remained unknown. In a new study, researchers have measured a new set of molecules to determine how these cell-to-cell change in healthy and type 2 diabetes-affected islets to identify therapeutic targets.

The pancreatic islets of Langerhans are clusters of cells that help control glucose levels through two distinct hormones: insulin-producing cells decrease blood glucose levels and glucagon-producing cells increase blood glucose levels. We have hundreds of thousands of islets and each islet has many insulin releasing cells. Thus, in addition to the insulin and glucagon hormones, the cells also use other signaling molecules that allow the islet cells to communicate with each other to synchronize their activities.

“An islet can consist of a few hundred to a few thousand cells that, in essence, have to talk to each other to maintain a tight control over their release of a host of hormones that help control glucose levels, not only in humans but also in most animals,” said Jonathan Sweedler (BSD/CABBI/MMG), James R. Eiszner Family Endowed Chair in Chemistry and the Director of the School of Chemical Sciences. “It is not well understood how they can talk to each other to release these hormones in synchrony.”

Interestingly, previous research has found that the molecules that serve important functions in the brain—neurotransmitters such as serotonin, GABA, and acetylcholine—are also used by these pancreatic cells. Additionally, other researchers have found that D-amino acids may also be playing a role in cell-cell signaling. However, how the islets use these chemicals and how they differ in a type 2 diabetic patient was not known.

“It’s important to look at these different types of molecules because when you take medications that affect these molecules in other parts of the body, they might also be affecting islet function. It gives you information on what potential treatments you can use,” Sweedler said.

For this study, the researchers used pancreatic islets from healthy human donors, prediabetic patients, and patients who had type 2 diabetes. They measured the neurotransmitters using capillary zone electrophoresis-mass spectrometry, a technique that separates the molecules in a sample and then identifies them. All the 11 neurotransmitters the researchers looked at were present in both types of islets. However, they observed large differences in GABA, where the levels were higher in healthy islets compared to the type 2 diabetes-affected islets.

“It was surprising that although the pancreas contains several thousand cells compared to the brain that has billions, it uses most of the transmitters that we associate with the brain,” Sweedler said. “The chemical complexity of the islet is amazing, and it’s interesting that the chemical repertoire doesn’t scale down the way you would expect it to.”

To do so, the group used capillary electrophoresis-laser-induced fluorescence, a technique known for its high sensitivity. They discovered that among the different D-amino acids, the percentage of D-serine was higher in healthy islets compared to the type 2 diabetes-affected islets. “Unlike previous studies, our approach gave us a molecular portrait and seeing that the levels of some, but not other, molecules changed was interesting and striking,” Sweedler said.

In this study, the researchers used groupings of islets to make their comparisons. Next, they would like to look at individual islets, or even individual cells within an islet. “You can imagine that in somebody who is starting to show type 2 diabetes, some of the islets might be healthy and some may not,” Sweedler said. “Measuring individual islets would be more informative, even though it would be a lot more work.”

The researchers are also working on understanding how the amino acids find their way from the gut to the pancreas using mouse models. “We want to understand how these amino acids relate to the pancreatic hormones that are released from the islets. We’re doing these experiments both in mice and in the transplant-quality islets,” Sweedler said.