Home » Health News » Unpaid labor: What is it, and how does it affect mental health?

Over the last several decades, gender roles have evolved and changed to reflect shifting societal norms. Yet, despite these changes, unpaid household labor disparities still exist between partnered men and women worldwide. In this Special Feature, we take an in-depth look at how this unequal division of unpaid work affects women’s mental health and relationships. We also spoke with three experts to gain insight into this global issue. 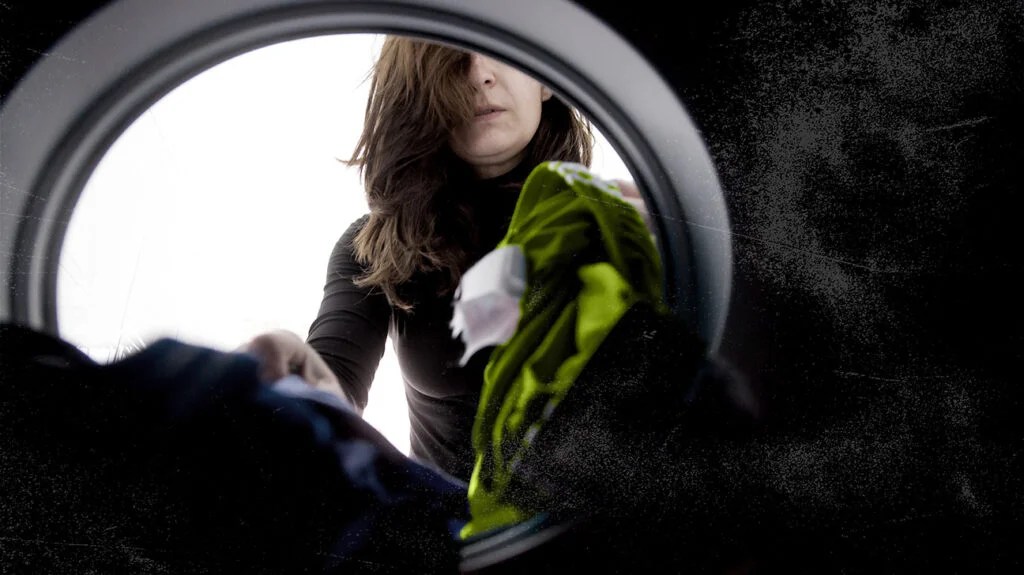 Although gender roles are less rigid than they were decades ago, data suggest that, in heterosexual relationships, the burden of unpaid work still falls on women — even in cohabitating relationships where both partners are employed.

For example, 2021 US Bureau of Labor Statistics data shows that both spouses were employed in 46.8% of married couple families. Yet statistics also indicate that 59% of women report doing more household work than their partners.

However, other data suggest that since the mid-1970s, the amount of time men spend on household tasks has doubled. For instance, in 1976, men spent around 6 hours a week on household duties. In 2005, that number increased to around 12.5 hours per week.

Still, the impact unpaid labor inequities may have on women’s mental health is often overlooked.

To examine this further, scientists from the University of Melbourne, Melbourne, VIC, Australia, investigated the relationship between unpaid labor and mental health among employed adults.

Their findings, published in , suggest a negative association between unpaid labor and mental health for employed women. However, the researchers did not find the same associations for working men.

The impact of unpaid labor on mental health

To conduct the research, the scientists reviewed 19 studies with 70,310 total participants from across the globe. Qualifying studies were peer-reviewed and measured the amount of unpaid labor among employed adults. They also outlined associations between this type of work and self-reported mental health concerns, including depression and psychological distress.

After examining the research, the study authors found that women reported taking on more unpaid work regardless of geographical location and time setting. Moreover, this added burden was associated with poorer mental health in women. However, the impact on men was less clear.

Although more investigation is needed, the study authors suggest that persistent household labor inequities continue to exist among male and female partners worldwide. And this imbalance exposes women to an increased risk of negative mental health effects.

Study author Jennifer Ervin, a doctoral researcher in the Centre for Health Equity at the Melbourne School of Population and Global Health, told Medical News Today:

“There is no universally recognized term or definition for unpaid labor — also referred to as unpaid work, unpaid care work, domestic labor, or household labor — but it is considered broadly inclusive of all responsibilities and tasks done to maintain a household and its family members without any explicit monetary compensation.”

“So childcare is a big one, and relatedly so is care for people with disability, health conditions or who are elderly. But it also includes domestic work like laundry, food preparation, cleaning, running errands, and outdoor tasks,” she added.

Work inequities and mental health in women vs men

The study authors suggest that a significant unpaid workload combined with the responsibilities of employment may contribute to role overload, conflict, and time scarcity, which can negatively affect mental health.

Additionally, housework is often perceived as mundane, undervalued, or unenjoyable.

However, men may experience less adverse mental health concerns with unpaid labor because of the nature of the tasks.

“We know that men commonly do the less time-sensitive jobs within the household, such as outdoor or maintenance tasks. These are referred to in the literature as high-schedule-control tasks — as one has more control over when one undertakes this type of unpaid labor work.”

To clarify further, Ervin said that “a good example is that you can delay mowing the lawn until the weekend, for instance, when you are less time-pressured, whereas you cannot delay feeding a hungry child or driving a dependent to a medical appointment.”

“Outdoor tasks are also theorized to not only be less time-sensitive but may also be more enjoyable and possibly protective than other types of household work,” she added.

Dr. Naomi Murphy, consultant clinical and forensic psychologist and co-founder of Octopus Psychology, told MNT: “Inequality causes anxiety and depression. It creates distance between unequal parties and causes mistrust and resentment. […] It can leave women feeling devalued and resentful of their partner and overwhelmed by the volume of responsibilities they have.”

She also noted that the unequal burden “can lead to feelings of isolation and loneliness within the relationship.”

“If significantly more of the responsibility is shouldered by one person, it can create a sense of overwhelm and a feeling that you can’t meet all your responsibilities; it can also lead to a reduction in confidence,” Dr. Murphy explained.

Getting to the root of unpaid labor inequities

Household labor disparities between men and women may have resulted from several factors. Ervin suggests that it may be “substantially rooted in historical context and times — when it was normative for women to be homemakers and for men to be breadwinners.”

“Resultantly, there remain deeply entrenched gender roles and social norms around the gendered division of household labor. Unfortunately, despite women entering the paid workforce in unprecedented numbers during the 20th century, there has not been a parallel or remotely equal increase in men’s participation in labor on the home front,” Ervin explained.

“Families often socialize daughters into helping more with household chores; generations of women have done this, so the patterns are entrenched. As girls are more likely to emulate their female role models, this pattern gets transferred from one generation to the next.”

The broader impact of unpaid labor

According to Dr. Mark Goulston, psychiatrist and executive coach, and founding member at Newsweek Expert Forum, unpaid labor imbalances “can cause women to feel more overwhelmed, [to] often feel […] that at any moment they are disappointing someone so that if they’re focused on work, they’re neglecting home and children and if they’re focused on home and children, they’re neglecting work.”

He also noted that “women who are exhausted can become impatient with their children and inside feel deep resentment which can cause them to feel shame and that they are an awful mother.”

According to Dr. Murphy, “the loss of confidence created by overwhelm can [also] spill out to professional life.”

Moreover, “the person shouldering the burden of household work may feel anger at their partner for not pulling his weight which can translate into intimacy problems,” she added.

“Try not to criticize how your partner does the contributions they do make – they may not be doing it as fast as you like or in the same way, but criticism is likely to deter them from contributing,” she also advised.

Possible solutions to a global problem

Moving forward, Ervin suggested that “[p]olicies such as universal childcare and normalizing flexible working arrangements and extended paternity leave for men can help in shifting the dial and driving greater gender equality in the division of unpaid labor and unpaid care.”

“Importantly, however, we need to be careful about policies that only target women as this may reinforce gender inequalities,” she emphasized.

“We need to dismantle norms around what it means to be an ideal worker and highlight the importance of gender-neutral approaches to leave and flexible working – accommodating how work integrates with home life for both women and men. This is fundamental to gender equality.”