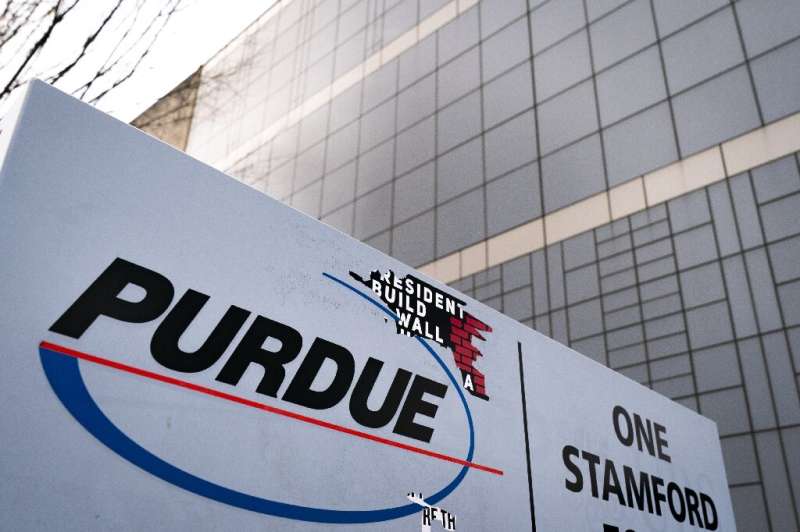 The US Justice Department has challenged a plan that would dissolve Purdue Pharma, manufacturer of the OxyContin drug that has been blamed for the country’s opioid crisis, while shielding its founders from lawsuits.

The government wants the settlement, which was approved this month by a federal judge, to be put on hold while prosecutors challenge it in a federal appeals court.

Under the deal, the Sackler families that founded and profited from the company would have to pay $4.5 billion, but they could not be taken to court again over the drug.

In a court filing released Wednesday, Justice Department Trustee William Harrington argues the deal falls short of providing accountability for the nationwide addiction crisis that caused more than 500,000 overdose deaths in the United States over the past 20 years.

The agreement “harms both the public and countless individuals by extinguishing the rights that opioid victims hold against possibly thousands of Sackler Family members and associated parties.”

If the settlement is allowed to proceed, there will be no “full accounting” of these individuals and groups’ roles in the “opioid disaster,” the government argues.

The attorneys general of Washington, Maryland, Oregon and Connecticut also have objected to the deal, though other states support it.

Under the terms of the deal, the company will be sold by 2024 to be replaced by a new entity managed by a trust, and its involvement in selling opioid products will be restricted.

Purdue also will be required to create a repository for tens of millions of documents detailing its sales and marketing practices.

The Sacklers have welcomed the deal, saying it avoids litigation that could take years to resolve, though detractors including Washington State Attorney General Bob Ferguson have argued it lets the families “off the hook.”

Like many American billionaires, the Sacklers have made donations to prestigious institutions such as the Met Museum in New York. Many of the institutions now ban their donations.