As the coronavirus disease 2019 (COVID-19) pandemic shows no signs of waning, despite extensive vaccine coverage in many countries, researchers have come to realize the importance of waning antibody levels, vaccine efficacy and uptake, and vaccination rates in determining whether the severe acute respiratory syndrome coronavirus 2 (SARS-CoV-2) will eventually become an endemic virus. A new paper available on the medRxiv* preprint server shows how different controls affect this progression. 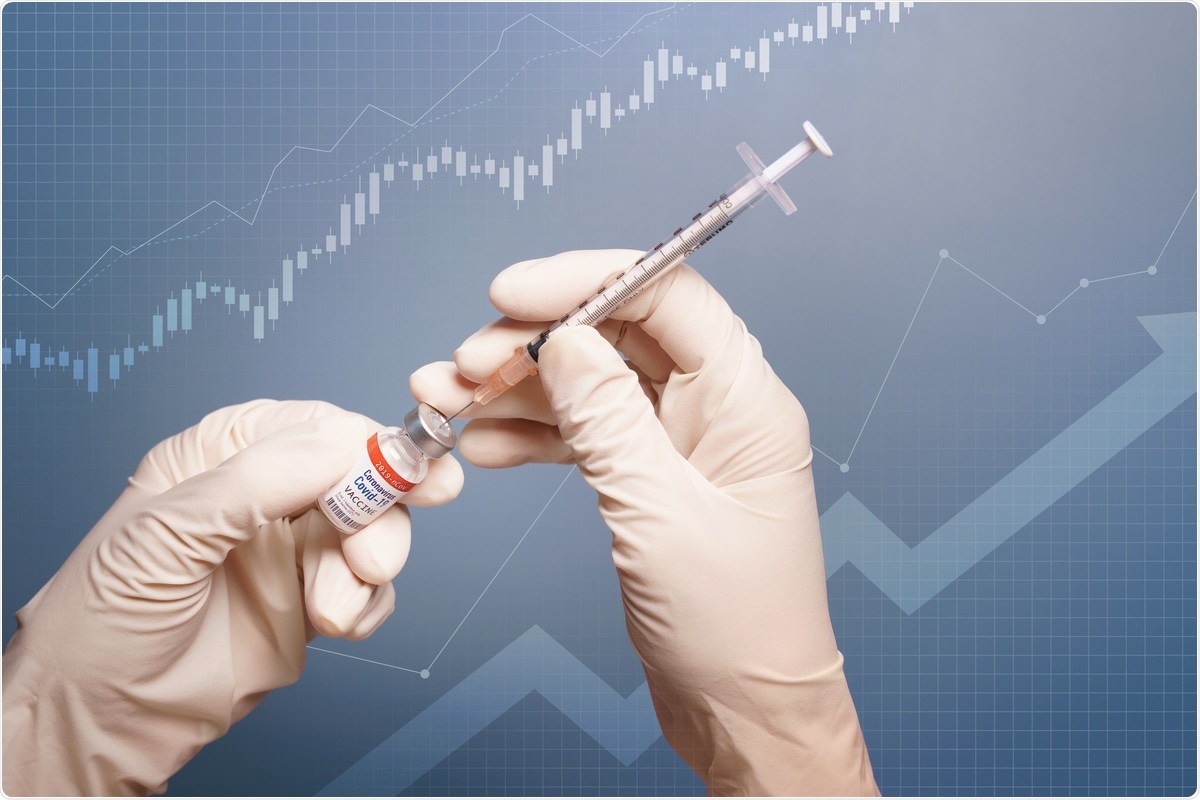 The main focus of this paper is on the long-term trajectory of the pandemic. Most scientists now believe that it will become endemic, which necessitates a level of control over viral transmission that balances the need to keep the prevalence of the disease low against the equally pressing need to keep the society alive socially, educationally, and economically.

Vaccines against the novel coronavirus were rolled out in December 2019. However, much is still being learned about vaccine efficacy, antibody durability, the target coverage with each vaccine, and the target reproduction number required to control the outbreak. According to the authors of this study, the vaccines now available protect with high effectiveness against symptomatic COVID-19, but may not show the same efficacy against infection, hospitalization and deaths.

The reproduction number became a well-known term with the current outbreak. While originally it was about three, raising hopes that vaccination could eliminate the disease over time, it has gone up to five to eight with the Delta variant of the virus, dashing such prospects in the absence of draconian restrictions lasting over the long term.

Earlier studies have used classical epidemiological models to show how non-pharmaceutical interventions (NPIs) like mask use in public, working from home, and social distancing must be continued along with vaccination to limit hospitalizations and deaths. All these predictions come from short-term studies conducted before the Delta variant arose with its markedly higher transmissibility and host immune evasion capabilities; they mostly failed to consider the impact of waning immunity and vaccine efficacy.

The current model is meant to provide an understanding of what might happen in the future, with “honeymoon periods,” as the authors term them, of very low infection prevalence, interspersed between surges that have ever-lower peaks. Such behavior has been seen with measles and mumps, where immunity is not permanent.

About two-thirds of the total UK population is now vaccinated, though no children below the age of 12 are. People above the age of 60 were among the first to be vaccinated.

The Pfizer/BioNTech mRNA vaccination is 85% and 75% protective against infection in those aged 18-64 years, at two weeks and 90 days from the second dose, while with the AstraZeneca vaccine, it is 68% and 61%, respectively. Following natural infection, protection against infection is 72%, very comparable to vaccine-induced protection.

However, the vaccine recipient is much more susceptible to the Delta variant six months later, especially above 65 years. The protection of this vaccine against infection drops substantially at five to seven months while taking a booster dose at this time led to steeply reduced rates of hospitalization and death in those over 60 years of age.

What did the model show?

The current study models 64% immunity from vaccination and about a fifth with immunity due to prior natural infection. Of the remaining, 15% are unable to be vaccinated for some reason. The infection prevalence is 1.5%.

"The control reproduction number Rc is the average number of secondary infections from a primary infector, under current controls, in a hypothetical completely susceptible population.”

This is set at four. When set to run for 12 years, the vaccination coverage does not seem to affect the outcome in the short term under these conditions.

At various levels of coverage, infections rise with a large first wave, as there are many people still susceptible to the virus. When the target coverage is set to 95%, the honeymoon period lasts about three years. Conversely, when the vaccination rate goes up, both infection prevalence and mortality go down immediately and in the short term. The honeymoon periods go up, meaning that it could take about five years to reach equilibrium.

In such a scenario, if the target vaccine coverage is upped from 65% to 95%, the death rates over the long term could be five times lower.

If immunity wanes faster or slower than expected, or if vaccination rates are different, the death rates at equilibrium could change by a factor of 14 and three, respectively. Again, if vaccine efficacy is increased drastically to 90% or more, the whole picture could change, emphasizing that vaccines with high efficacy should be preferred if supplies are limited and are to be distributed to groups with different risk statuses.

Another finding is that when the reproduction number is brought down to three from four, death rates over the long term could decline four times. And finally, the equilibrium death rate among vaccinated vs. unvaccinated populations, with 95% of the population being vaccinated, was 29 times higher in the latter group.

With 95% coverage and 90% vaccine efficacy, the reduction in equilibrium deaths is greatest. The most dramatic reduction would be with Rc of three; this would take longer to attain equilibrium, with longer honeymoon periods. After 12 years in many of the tested scenarios, death rates continue to go down, with lower infection prevalences and mortality rates.

This is explained by the fact that the new Rc is close to the threshold for disease-free equilibrium.

The current study aimed only to provide an idea of how the future might look in terms of endemic infections and deaths, with varying vaccine efficacy, waning immunity, and a control reproduction number.

This period will include honeymoon periods extending up to three years between successive waves, with each diminishing in peak magnitude. After the third peak, the levels are predicted to be almost at equilibrium values. Mortality rates at that point vary with the vaccination coverage and rate, and vaccine efficacy, from 46 a day at high coverage and rapid rates, to greater than 1,300 with no vaccination.

If coverage is only 65% and the rate is slow, deaths at equilibrium could be approximately 900 a day. The waning of humoral immunity is particularly important, with death rates when it remains intact being less than a tenth of what it might be with significant waning. In other words, knowledge of this parameter is essential to proper planning of public health measures to bring down the reproduction number to control terms.

New vaccines against COVID-19 must be developed considering the dual standard of high efficacy and low waning rates.

The findings also show that the closer the control reproduction number is to the threshold for endemicity, the lower is the equilibrium infection prevalence. However, this process may still take so long that the long honeymoon periods in between may be falsely considered to be successful equilibrium.

When the Covid-19 vaccination programme was first implemented, perhaps many people thought it would end the pandemic. From both our findings and the real data we have in the UK now, it is clear that this is not so. Under a current situation with a highly infectious delta variant, control policies including NPIs are still indispensable to reduce the effective reproduction number.”

Opposing the current relaxations in the UK, they point out that this promotes a high prevalence of disease, thus permitting newer variants with greater transmissibility to be produced. This will only make future control more difficult to achieve, as the model used in this study demonstrates clearly.