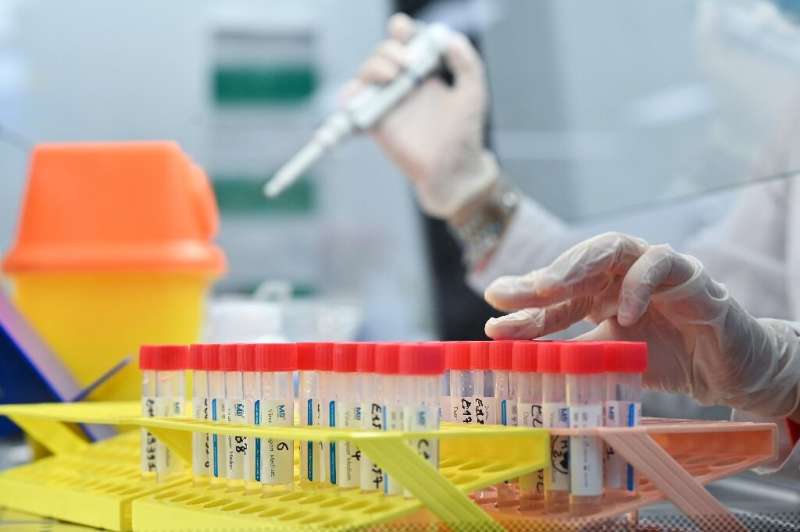 Several coronavirus variants with the potential to be more transmissible have caused global concern over whether existing vaccines will still protect the world from a virus that is constantly mutating.

Here is what we know.

Viruses continually mutate as tiny errors are introduced each time they replicate. The SARS-CoV-2 virus is no different, and has already undergone several thousand mutations since it emerged in humans in late 2019.

Of the current known variants, three are particularly worrying: those initially detected in southeast England, South Africa and Brazil.

There is also another group of variant strains that are currently being studied in vitro, but aren’t yet circulating among the population.

“The coming weeks and months will tell us whether they fall into the worrying category of variants that spread rapidly, or if they will remain as variants that circulate weakly,” Etienne Simon-Loriere, head of viral evolution at France’s Institut Paster, told AFP.

All variants—more than 4,000 have been detected—are categorised according to the mutations they have acquired. Each occupies its own spot in the genetic family tree of SARS-CoV-2.

It’s a tree that is constantly growing branches.

One group named after the B.1.525 mutation has seen variants appear in Scotland, Nigeria, France and Australia. Others were recently detected in California, Zambia, Uganda and Finland.

Very few mutations will materially alter the course of the pandemic. 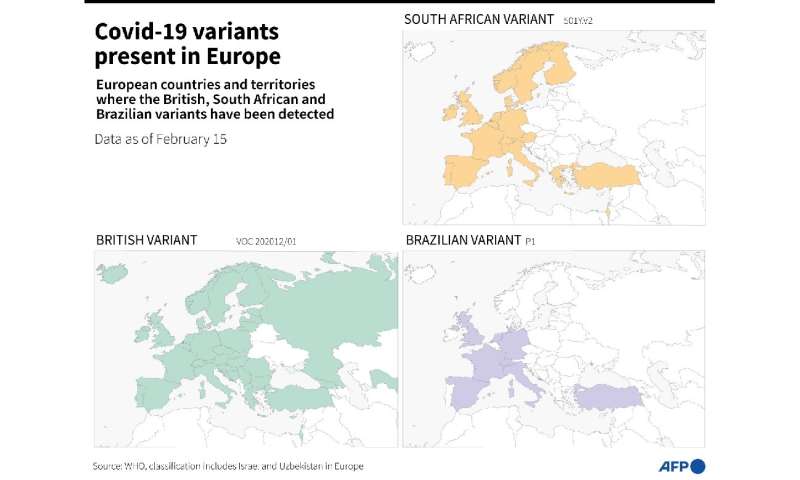 “Among the numerous SARS-CoV-2 variants that have been detected, only a very small proportion are of public health concern,” US government advisor Anthony Fauci wrote in an open letter published last week in the JAMA science journal.

The English, South African and Brazilian variants, however, all share a particular mutation—named N501Y—that is consequential.

The mutation occurs on the virus’ spike protein, which almost certainly makes it more effective at binding with human receptor cells. As a result, these strains are more infectious.

“For the English variant, and increasingly the South African one, we are convinced that they have increased transmissibility,” said Simon-Loriere.

But given that infection rates depend on a variety of factors such as social distancing measures, it can be difficult to quantify the potential increase in transmissibility.

British authorities have said since it was first identified that the English variant is 50-70 percent more transmissible than original strains, based on local observations.

But such an increased transmission rate hasn’t led to an explosion of new variant cases in all countries.

“There are several hypotheses to study. Perhaps the viral load is higher, or that the variant can enter more easily into human cells and multiply faster,” said Olivier Schwartz, head of the Pasteur Institut’s virus and immunity unit.

Researchers at Harvard University are investigating the idea that the English variant could lead to longer COVID-19 infections, making individuals more contagious for longer.

If that turns out to be the case, “a longer isolation period than the currently recommended 10 days after symptom onset may be needed,” the researchers concluded. 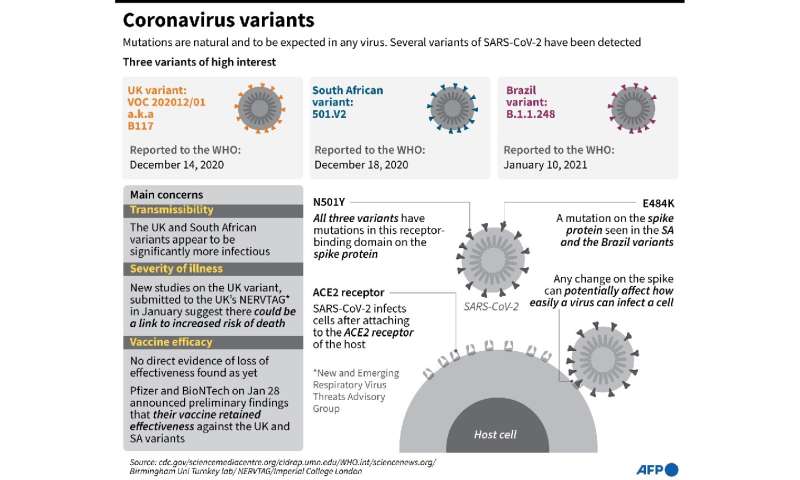 Several studies have shown that vaccines may be less effective against the South African 501Y.V2 variant.

Two studies published last week in the New England Journal of Medicine conducted by principal vaccine manufacturers Pfizer/BioNTech and Moderna showed that the presence of antibodies after vaccination was less pronounced in people exposed to the South African variant.

This would suggest diminished protection.

Schwartz’s team conducted a similar study and concluded that it was “far harder to protect someone against the South African variant”.

Despite the growing body of evidence, scientists warn against jumping to conclusions.

Even if vaccines are less effective against the South African variant, they point out, that doesn’t mean they aren’t effective at all.

In addition, studies have so far focused on neutralising antibodies from vaccinated or previously infected individuals. They do “not assess other types of potential immunity, such as memory T- and B-cell activity,” Fauci wrote.

One thing is certain: the SARS-CoV-2 virus will continue to mutate, and as long as case figures remain high globally, the chances of significant mutations will also increase.

This is why, experts say, it is crucial to vaccinate as many people as quickly as possible in order to limit the risk of new variants emerging that will render current vaccines less effective.

The EU and US last week announced separate programmes aimed at speeding up genetic sequencing that should make it easier to identify new variants as they emerge.