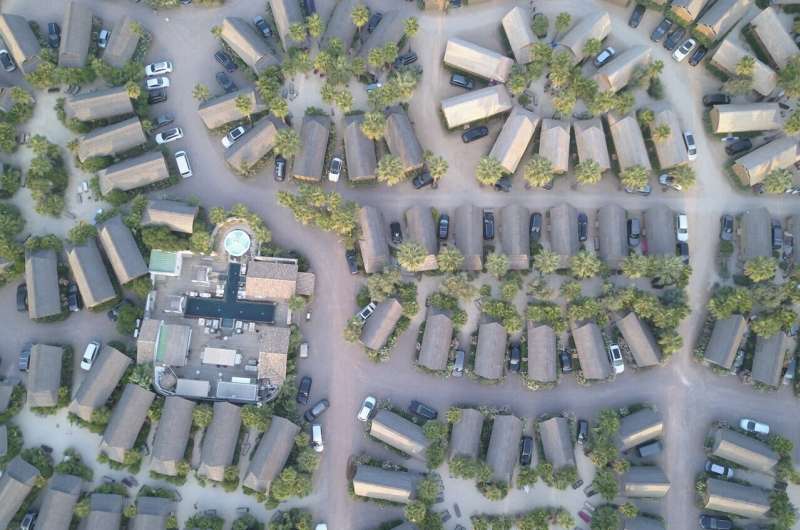 People who live in walkable neighborhoods with access to parks and other outdoor activities are more active and less likely to have diabetes or obesity, according to a new paper published in the Endocrine Society’s journal, Endocrine Reviews.

Nearly half of the adults in the United States have obesity, and over 11 percent of the U.S. population has diabetes. Researchers and policymakers have been searching for an effective way to promote healthy lifestyles at a population level to address these dual epidemics.

The built environment is the manmade structures that provide people with living, working and recreational spaces. This environment includes buildings, neighborhoods, parks, bike paths, restaurants, shops, roads and public transportation. Human health is affected by the physical environments we construct.

“The built environment can influence physical activity levels by promoting active forms of transportation, such as walking and cycling over passive ones, such as car use,” said Gillian L. Booth, M.D., M.Sc., of the University of Toronto, St. Michael’s Hospital of Unity Health Toronto and ICES in Ontario, Canada. “Shifting the transportation choices of local residents may mean that more members of the population can participate in physical activity during their daily routine without structured exercise programs.”

The researchers reviewed several studies on the built environment and their effects on public health and found walkable, activity-friendly cities and neighborhoods were associated with a lower risk of obesity and diabetes. One large population-based study of 32,767 people found the prevalence of obesity among adults living in highly walkable neighborhoods compared to those living in low walkability areas was 43% vs. 53%.

A study of 1.1 million adults with normal blood sugar levels found the incidence of pre-diabetes was 20% higher among people living in less walkable areas after 8 years of follow up. Another study of 1.6 million adults found a 30% to 50% higher likelihood of developing diabetes among people living in low versus highly walkable areas. In a population-based Canadian study, moving from an unwalkable to a highly walkable neighborhood was associated with a 54% lower likelihood of being diagnosed with high blood pressure.

The paper also noted that air pollution and high concentrations of fast-food restaurants are risk factors for diabetes and can substantially reduce the benefits of living in a walkable neighborhood.