Home » Health News » What are Fungi?

A fungus (plural: fungi) is a type of eukaryotic organism belonging to the kingdom Fungi, alongside plants, animals, protozoa, and monera. Fungi are incredibly diverse, with commonly encountered forms including yeast, molds, truffles, and mushrooms.

Most fungi are microscopic, consisting of thread-like structures less than 10 µm in diameter named hyphae. These branching structures grow into a root-like vegetative mass named a mycelium, which acts to absorb nutrients from the environment rather than relying on photosynthesis. A wide variety of nutrient sources are utilized by fungi, from soil and water to decaying matter and other living organisms.

Parasitic fungi that commandeer nutrients from plant hosts utilize specialized hyphal structures that allow them to penetrate host cells. Fungus cells bear a cell wall, which unlike the cell wall in plant or bacterial cells is composed largely of chitin, the same molecule used in the exoskeleton of crustaceans and insects.

You Didn’t Know Mushrooms Could Do All This | National Geographic

What types of fungi are there?

Fungi have been categorized based on their method of sexual reproduction into five phyla, though many examples of controversial classification exist, wherein new genetic evidence suggests that fungi previously thought to be unrelated are close cousins and vice versa. The first of the five phyla is chytridiomycosis (Chytrids), the oldest lineage of fungi.

Most are unicellular and live in an aquatic environment, swimming with the aid of a single flagellum and frequently acting as parasites to insects, plants, and amphibians. The phylum Zygomycota (conjugated fungi) mostly feed on decaying materials and thus are commonly seen as molds, though some also act as insect parasites.

The Ascomycota (sac fungi) encompass most known fungi and include many edible species such as yeast, truffles, and morels, while many acts as parasites and also produce toxic secondary metabolites. The Basidiomycota (club fungi) bear large swollen nodules at the terminal end of their hyphae that act as their reproductive organs, often seen as mushrooms.

Mushrooms are the spore-bearing fruiting body of the fungus, usually consisting of a stem and cap with gills on the underside, though the fruiting body of some types of gilled fungi do not possess a stem or cap. Most mushroom-producing types of fungi belong to the order Agaricales, defined by bearing spore-releasing gills. Historically, almost all gill-bearing mushrooms were grouped into this category, though modern DNA analysis has revealed that agarics are more diverse than previously thought, and several gill-bearing species actually belong to distinct orders. Interestingly, this is a case of convergent evolution, where gill structures have developed separately in several lineages.

Similarly, puffball mushrooms with enclosed spore-bearing structures have been found to have independently evolved at least four times throughout history. In a paper by Hibbett et al. (1997) the authors identify the evolution of closed-spore-bearing structures in several species of fungi from exposed-spore structure bearing ancestors, though evidence of adaptation in the reverse direction has never been noted. The occurrence of enclosed-spore species may be due to a common loss of function in developmental pathways that results in pedomorphism, adult specimens that retain features normally only seen in juveniles.

In any case, fungi with enclosed spores generally also evolve mechanisms of forcible spore dispersal that would be impeded by an evolutionary step towards exposed spores, and thus this may be the reason that no fungi have been seen to transition from closed to exposed spore structures. 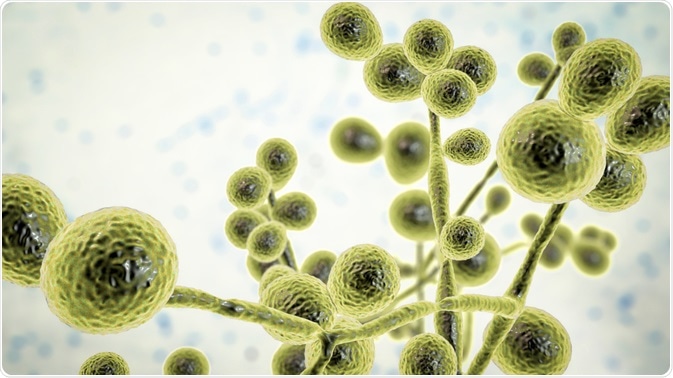 What are the origins of fungi?

Fungi are an ancient form of life, thought to have diverged from our common ancestor around 1.5 billion years ago and subsequently colonized land around 500 million years ago, well before the emergence of the first tetrapods onto land. However, given the soft body of fungi, fossils are rare, and thus it is difficult to establish their true ancestry, though fossilized spores embedded in plant or animal fossils can be found and studied using microscopy techniques such as scanning electron microscopy.

The diversity of life on Earth.

Recently, a paper by Loron et al. (2019) published to Nature demonstrated that fungi may have colonized the land much earlier than thought by applying spectroscopic analysis to 1 billion-year-old shale formations in arctic Canada, finding multicellular organic-walled microfossils with a strong resemblance to the branching and terminal bulbous structures of hyphae. Fourier-transform infrared spectroscopy also confirmed the presence of chitin and chitosan within the microfossils, the major component of the fungi cell wall.

The authors suggest that fungi may have played a key role in shaping both aquatic and terrestrial ecosystems for future species given their ability to engage in organic matter degradation, phosphate fixation, and the formation of symbiotic relationships. If fungi thrived on land as early as 1 billion years ago they may have prepared the soil for the arrival of plants and subsequently acted in a symbiotic manner with them, allowing for the formation of niches and greater diversification.

How do fungi reproduce?

Fungi can reproduce by many mechanisms, both sexually and asexually, with the particular mechanisms employed dependant on species. Asexual reproduction usually occurs in fungal mycelium via mycelial fragmentation, allowing large clonal populations adapted to a specific role to rapidly disperse.

Sexual reproduction by meiosis has been observed in almost all fungi, though genetic analysis suggests that the remainder also engages in sexual reproduction to a limited extent. Some species of fungus are sexed, and thus require a “male” and “female” to produce offspring (heterothallic), while others are homothallic, and are capable of sexual reproduction with themselves. In homothallic fungi, the opposing sexual functions are performed by separate cells belonging to the same mycelium.