Home » Health News » What happens when you call for advice on HPV? 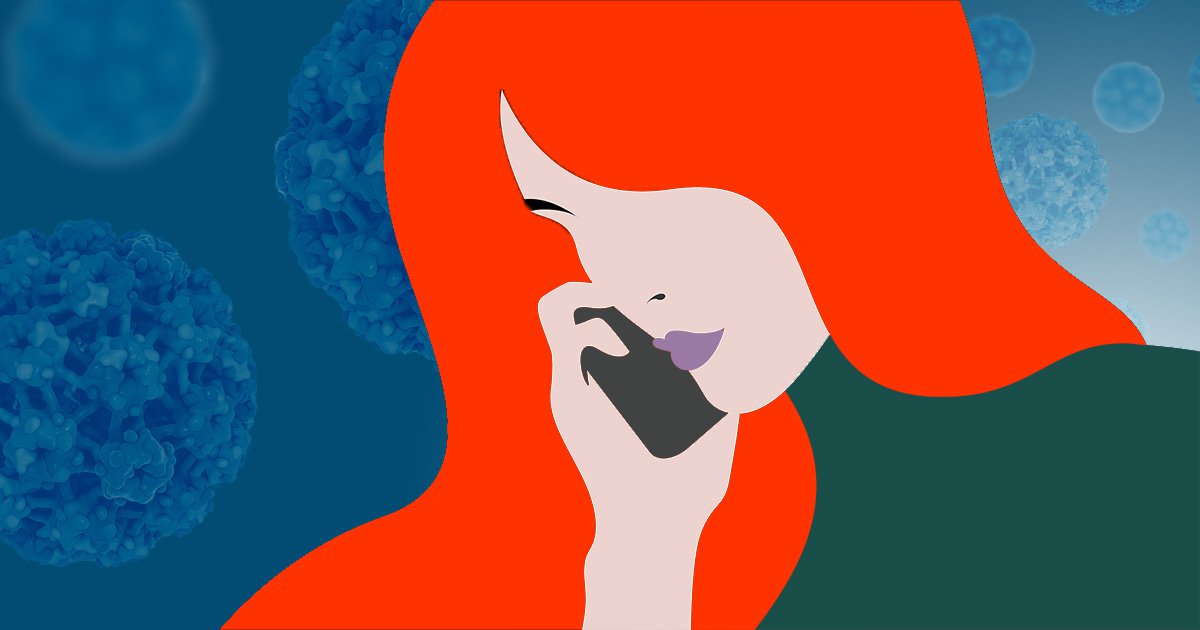 When Henrietta* found out she had HPV, she panicked.

The letter with this diagnosis was full of medical jargon, and though she’s from a science background, it all felt cold and detached – none of it answered the questions she had.

This, coupled with the fact that at the time she didn’t know of anyone else with HPV – given how seldom it is spoken of – meant she called 111 for advice.

Contacting 111 for information on this issue is a recommended option by the NHS, so the operators should have been able to help.

Her other concern was whether she could give it to her partner at the time, and if she needed to even tell them.

‘I was worried about whether you could have sex with HPV as I knew it was an STI but couldn’t find any information online as to how you treated it and if you could pass it on easily,’ she tells Metro.co.uk.

As well as HPV, the letter said Henrietta had abnormal cells, referred to as CIN1, 2 and 3 depending on their severity, which would need further investigation.

‘I didn’t know what any of this meant, and there was a lack of information about what HPV was, how it was transmitted, if I had to have treatment for it or if it could be treated at all.

‘This was made worse when I was told by the 111 operator that they didn’t know anything about HPV and couldn’t give me any information.

‘It left me feeling helpless, worried and a bit annoyed because I felt like it wasn’t a difficult question.’

What happened when we tested this out?

Metro.co.uk decided to call 111 to test this out, saying we had a HPV diagnosis.

The operator left us on hold for a while, then returned to say they couldn’t help and should redirect this to a GP.

Upon taking that advice, we were also told it wasn’t within the GP’s remit.

It’s easy to see why people feel uninformed when they get a HPV diagnosis.

According to studies quoted in HPV World, this lack of knowledge can result in shame and anxiety around a diagnosis, with their experts writing: ‘Lack of awareness can contribute to adverse psychological responses to an HPV-positive result, with early work in the cervical screening context showing many women were shocked by the link between a sexually transmitted infection (STI) and cancer.’

Henrietta ended up doing her own research online to soothe her worry.

She went for a colposcopy and at that appointment was able to get more information.

She says: ‘As for cervical cancer and cell changes, the doctors were helpful there in talking me through what the terminology meant, that it’s slow growing and how the colposcopy works in checking the cells.

‘I also understood the next steps should it get worse.

A lack of support and information runs across the system

Louise, a 39-year-old, told us her colposcopy was ‘an awful experience’, largely due to the lack of information she was given.

‘The nurse was rude, didn’t explain what was happening, so I couldn’t relax and she kept telling me I was making her job difficult,’ she remembers.

‘During the colposcopy she said she could see white patches on the vaginal wall and that I would have to come back and see a gynaecologist – she wouldn’t explain further. I left feeling upset, confused and worried.

‘At the second appointment, I was nervous as the first was so horrible.’

Louise was diagnosed with abnormal cells on the vagina wall, which she was told is rare in women under 60.

There’s clearly an issue at the points at which people are supposed to get clarity, reassurance and guidance – from advice support lines to in-person appointments.

‘However, more recently I have had some irregular bleeding that I wanted to get checked due to my history with abnormal cells and HPV but the NHS wouldn’t let me as I wasn’t yet due for a smear test, which made me feel worried and like I wasn’t in charge of checking my health.

‘They always say go and see the doctor as soon as possible to catch it early so I felt let down that I couldn’t do that,’ adds Henrietta.

‘Throughout the experience I didn’t feel like the process was thorough and the support and communication from the NHS was minimal.’

This isn’t the first time women have reported going to the NHS with abnormal bleeding – only to be turned away because it ‘wasn’t time’ yet for a screening.

A member of the HPV World organisation believes that until people with cervixes have digestible, accessible information, panic and misunderstanding will continue to an issue for patients.

*Name has been changed.

The NHS were contacted for comment but did not respond. We will update this article if they choose to.

This week, Metro.co.uk is looking at HPV and its related cancers from a range of perspectives.

HPV is something that eight in 10 of us will encounter at some stage of our lives. It’s spread through skin-to-skin contact, not just penetrative sex. There is even some evidence to suggest it can spread through deep kissing.

It isn’t tested for in a standard sexual health screening, so it’s near impossible to know when or where a person might have contracted it or who they might have passed it onto.

For most people, their bodies will fight the virus off in around one to two years without any lasting effects. For some people however, it can make them more vulnerable to cancers of the cervix, anus, head and neck, penis, vagina and vulva.

Over this week, we’ll be exploring the human issues that come with HPV and its related cancers.