Home » Health News » What is the effect of COVID-19 vaccination in pregnant and postpartum women infected with different SARS-CoV-2 variants?

The coronavirus disease 2019 (COVID-19) generally affects women less severely than men, with a significant exception during pregnancy, which is considered a high-risk factor for more severe illness.

A recent study posted to the preprint server medRxiv* explores the impact of vaccination against the severe acute respiratory syndrome coronavirus 2 (SARS-CoV-2) on infection rates and severity in pregnancy and postpartum. Herein, the researchers compare these effects following infection with the SARS-CoV-2 Gamma, Delta, and Omicron variants with the wild-type strain. 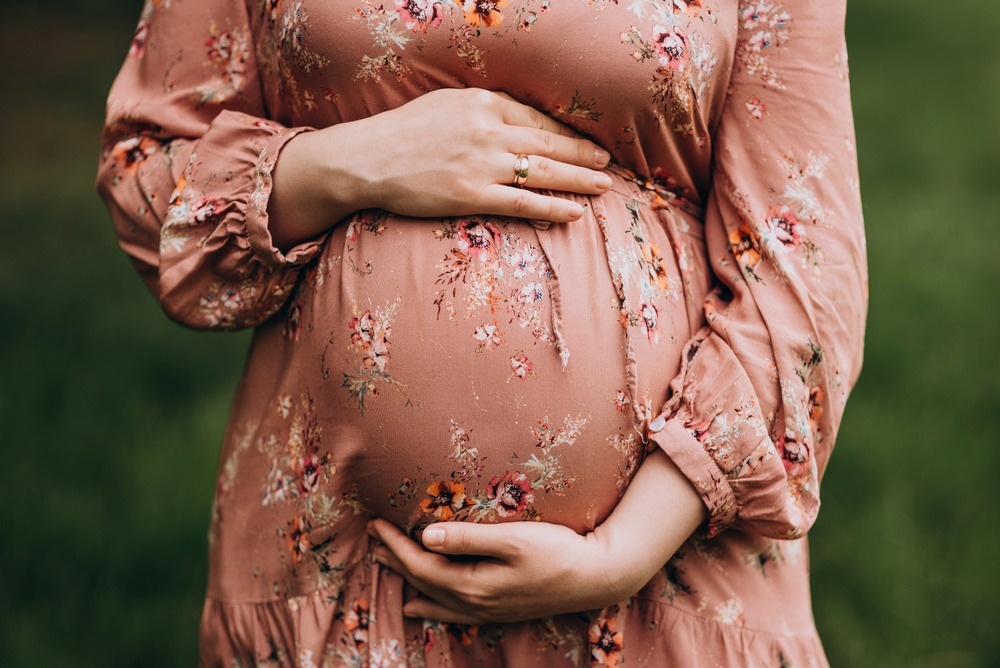 The emergence of several SARS-CoV-2 variants affected its trajectory. Among these, some were not significantly different from the ancestral strain in their biological or epidemiological characteristics.

Comparatively, SARS-CoV-2 variants of concern (VOCs), like the Gamma, Delta, and Omicron variants, are more transmissible and/or virulent than the wildtype strain. In addition, these viral variants often showed an increased immune evasion or escape capability that is traceable to mutations that altered immune recognition sites, otherwise known as epitopes, directly or by allosteric effects.

The current study from Brazil reports on these three VOCs, all of which have been detected in this country. Almost 700 deaths have been caused by this infection, with 350 postpartum deaths, by May 5, 2021. This tendency towards adverse outcomes has not been arrested completely by vaccination programs targeting these at-risk groups.

The researchers used a national Brazilian database called the System of Information about Epidemiological Surveillance of Influenza (SIVEP-Gripe). To this end, they searched between December 29, 2019, and July 16, 2022, for obstetric COVID-19 patients who required hospitalization.

The study included over 12,000 patients, over 10,000 of whom were pregnant and the rest postpartum. All female patients were between 10 and 50 years of age.

Vaccination began in May 2021 during the Gamma wave. The Delta wave subsequently occurred from August to December 2021, whereas the Omicron wave was between January 2022 to July 2022.

Among unvaccinated patients in the postpartum period infected with the ancestral strain, COVID-19 symptoms like fever, cough, vomiting, and loss of taste were less likely. However, these patients were more likely to have reduced oxygen saturation and two times as likely to be admitted to the ICU. Furthermore, this patient population had 2.5-fold higher odds of invasive ventilation and death than pregnant unvaccinated patients.

In comparison, Gamma infection in the same group was associated with 1.5-fold and two-fold higher odds for ICU admission and requiring invasive ventilation or die, respectively, as compared with pregnant unvaccinated women. With vaccination, the likelihood of death was still 2.5-fold higher among puerperal women.

The Delta variant appeared to cause the same risk of adverse outcomes in puerperal and pregnant women, independent of vaccination status. However, with the Omicron variant, the risk of ICU admission and invasive ventilation was more than doubled and tripled, respectively, in unvaccinated postpartum women compared to pregnant unvaccinated women.

In the vaccinated group, Omicron infection was associated with a higher risk of dyspnea, two times the risk for reduced oxygen saturation and ICU admission, and a three-fold increased risk for invasive ventilation among puerperal women as compared to pregnant women.

All COVID-19 cases in the current study were confirmed by reverse transcriptase polymerase chain reaction (RT-PCR) testing, which is unlike many earlier papers. The higher risk posed by COVID-19 in puerperal women compared to pregnant women corroborates previous reports.

The researchers propose a “three delays model” to explain the increased risk of severe COVID-19 among this patient population. This model suggests that puerperal women ignore their own health because of their focus on their babies.

Nevertheless, some puerperal deaths could be due to either COVID-19 contracted during the final stages of pregnancy, because of severe COVID-19 leading to iatrogenic termination of pregnancy, or morbidity associated with Cesarean sections, which are extremely common among patients with COVID-19 in Brazil.

Earlier studies have similarly established the higher risk of adverse outcomes associated with SARS-CoV-2 VOCs compared to the ancestral variant. Vaccination has been associated with reducing the likelihood of ICU admission by half, as well as an 80% reduced risk of invasive ventilation and/or death in pregnancy or the puerperium after receiving two vaccine doses as compared to the unvaccinated.

Unfortunately, pregnant and puerperal women were not included in the clinical trials of COVID-19 vaccines, thus leading to widespread vaccine hesitancy among this patient population. The current study findings support the utility of vaccination in reducing adverse outcomes in both these groups, thus highlighting the need to include them in future vaccine trials.

The current study also finds that unvaccinated puerperal patients were at an increased risk for severe illness and worse outcomes. All SARS-CoV-2 VOCs caused a higher risk of hypoxemia in this group. The ancestral, Gamma, and Omicron VOCs increased the risk for ICU admission, whereas the risk of mortality increased with the ancestral and Gamma variants.

The researchers point to the risks posed by COVID-19 in postpartum women and emphasize the need to carefully monitor these patients, especially those who are unvaccinated.

Vaccination should be a top priority in pregnant and postpartum women.”