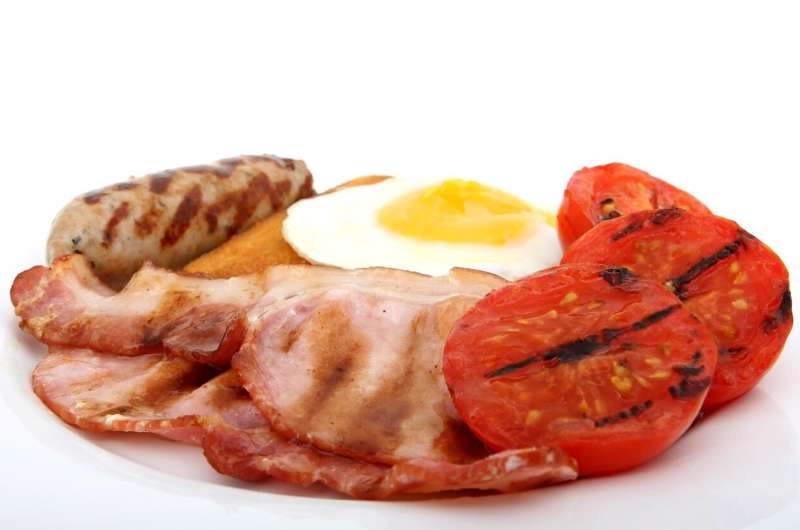 Regularly eating a high-fat/calorie diet could reduce the brain’s ability to regulate calorie intake. New research in rats published in The Journal of Physiology has found that after short periods of being fed a high-fat/high calorie diet, the brain adapts to react to what is being ingested and reduces the amount of food eaten to balance calorie intake.

The researchers, from Penn State College of Medicine in the United States, suggest that calorie intake is regulated in the short-term by cells called astrocytes (large star-shaped cells in the brain that regulate many different functions of neurons in the brain) that control the signaling pathway between the brain and the gut. Continuously eating a high-fat/calorie diet seems to disrupt this signaling pathway.

Understanding the brain’s role and the complex mechanisms that lead to overeating, a behavior that can lead to weight gain and obesity, could help develop therapies to treat it. Obesity is a global public-health concern because it is associated with increased risk of cardiovascular diseases and type 2 diabetes. In England, 63% of adults are considered above a healthy weight and around half of these are living with obesity. One in three children leaving primary school are overweight or obese.

Dr. Kirsteen Browning, Penn State College of Medicine, said, “Calorie intake seems to be regulated in the short-term by astrocytes. We found that a brief exposure (three to five days) of high-fat/calorie diet has the greatest effect on astrocytes, triggering the normal signaling pathway to control the stomach. Over time, astrocytes seem to desensitize to the high-fat food. Around 10–14 days of eating high-fat/calorie diet, astrocytes seem to fail to react, and the brain’s ability to regulate calorie intake seems to be lost. This disrupts the signaling to the stomach and delays how it empties.”

Astrocytes initially react when high-fat/calorie food is ingested. Their activation triggers the release of gliotransmitters, chemicals (including glutamate and ATP) that excite nerve cells and enable normal signaling pathways to stimulate neurons that control how the stomach works. This ensures the stomach contracts correctly to fill and empty in response to food passing through the digestive system. When astrocytes are inhibited, the cascade is disrupted. The decrease in signaling chemicals leads to a delay in digestion because the stomach doesn’t fill and empty appropriately.

The vigorous investigation used behavioral observation to monitor food intake in rats (N=205, 133 males, 72 females) which were fed a control or high-fat/calorie diet for one, three, five or 14 days. This was combined with pharmacological and specialist genetic approaches (both in vivo and in vitro) to target distinct neural circuits, enabling the researchers to specifically inhibit astrocytes in a particular region of the brainstem (the posterior part of the brain that connects the brain to the spinal cord) so they could assess how individual neurons behaved as they studied the rats’ behavior while they were awake.

Human studies must be carried out to confirm whether the same mechanism occurs in humans. If this is the case, further testing will be required to assess whether the mechanism could be safely targeted without disrupting other neural pathways.

The researchers have plans to further explore the mechanism. Dr. Browning said, “We have yet to find out whether the loss of astrocyte activity and the signaling mechanism is the cause of overeating or that it occurs in response to the overeating. We are eager to find out whether it is possible to reactivate the brain’s apparent lost ability to regulate calorie intake. If this is the case, it could lead to interventions to help restore calorie regulation in humans.”