Home » Health News » Why are emergency departments across Canada closing? 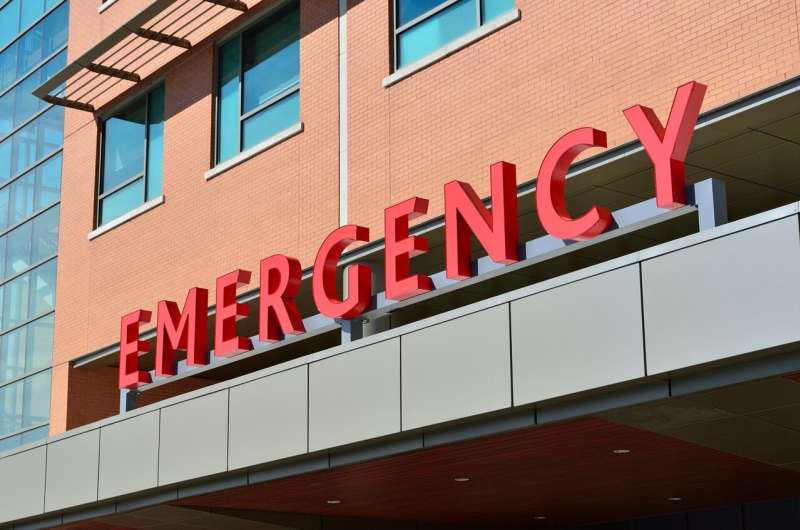 Emergency departments across Canada that have usually been open 24/7 are increasingly closing overnight and on weekends as health systems grapple with escalating nursing shortages.

But the issue goes beyond having enough bodies to fill vacancies, says Jacobi Elliott, medical director of Grandview Medical Clinic in Manitoba. “It’s how you treat the bodies that is part of the issue.”

Grandview Medical Clinic, along with several other emergency departments in southwestern Manitoba, suspended overnight and weekend emergency services temporarily this summer due to nursing shortages.

Many nurses have left for private agencies and part-time work, contributing to tensions with those who remain in the public system, Elliott says.

“It creates animosity because they get paid more doing agency work,” Elliott says. “At our site, for example, agency nurses said they wouldn’t come anymore because it was too difficult and too lean here.”

Elliott notes that emergency department closures aren’t always because of a lack of staff. There have been weekends when there were enough nurses and lab technicians to work, but administrators had already made the decision to reduce the hours.

“We can’t help but think it’s willful. I think they’re trying to make the workforce go work in bigger sites,” says Elliott. “They’re trying to get us to migrate there, and the sad thing is, many are just going to leave health care.”

In Ontario, Ottawa’s Montfort Hospital and Carleton Place & District Memorial Hospital were among those recently forced to close emergency services temporarily over the weekend.

A spokesperson for Island Health attributes the closures to “limited availability of registered nurses.”

Dr. Helmcken Memorial Hospital in Clearwater, B.C., also shut down its overnight emergency services for five days in early August. CBC News estimates that emergency department has been closed a total of 539 hours so far this year.

According to a spokesperson for Interior Health, the regional authority responsible for the hospital, the number of health worker vacancies is currently “about three times higher than it was before the pandemic.”

“Site leadership works every day to fill all shifts up to the last possible moment before making the decision to place an emergency department on diversion,” the spokesperson told CMAJ. The closures in Clearwater, “where we have fewer positions to start with, relate to ongoing vacant positions among nursing staff, as well as planned and unplanned leaves,” the spokesperson said.

A single person calling in sick can create a staffing crisis for most small hospitals across Canada, says Karl Ellis, CEO of the Listowel Wingham Hospitals Alliance in Ontario.

“At one point earlier this summer, we had four out of eight full-time staff members on maternity leave or other leaves of absence,” Ellis explains. “Our part-time and casual staff were simply not in a position to pick up the extra hours.”

The Listowel Wingham Hospital Alliance, which oversees a mostly rural health network in Southwestern Ontario, had several overnight and weekend closures of emergency departments this summer.

Many health care workers are catching up on summer vacations and planned time off, which was granted “consistent with the collective agreements,” Ellis says.

When there have been situations where other employees were unable to cover absences, “we have not called staff on vacation to work,” Ellis says. “If they work on a vacation day, it is their choice.”

COVID-19 absences are taking a toll, too, Ellis says. In the first week of August, three nurses were unable to work on the same day due to COVID-19 or SARS-CoV-2 exposures.

Ellis also notes that isolation periods for hospital employees are longer than for other workers.

Each wave of the pandemic has brought new difficulties for hospitals, according to Chris Simpson, executive vice-president of medical at Ontario Health.

“Early in the pandemic, you know, there was this need for all these ICU beds and that was the focus,” Simpson told As It Happens. Subsequent waves put pressure on medical wards, “and now in wave seven, we’re seeing not so much that the demand for services is up, but the health-care workforce is depleted.”

Like other provinces, Ellis says Ontario is losing full-time nurses to private staffing agencies, which are paying nurses two to three times what they’d make in the public system. Meanwhile, the provincial government has capped nurses’ pay increases at 1% under Bill 124.

Unions representing Ontario’s health care workers are calling for “immediate steps” to address the staffing crisis, including offering financial incentives, repealing wage caps, and funding more full-time positions within the public system rather than relying on part-time workers to pick up the slack.

Premier Doug Ford recently took questions about the crisis for the first time in weeks. He claimed that most patients are still getting the care they need “within the health parameters” despite emergency room closures.

Ford also called on Ottawa to shoulder a larger portion of health care costs, framing the issue as a federal funding problem—even though Ontario’s per person program spending is the lowest in Canada, with the least amount dedicated to health care.

Some critics say provincial inaction to stem the exodus of nurses to private agencies is part of a broader policy of underfunding and understaffing public hospitals while shifting more services to private providers.

“Managing hospitals on a razor’s edge is just a dangerous game that goes way beyond efficiency,” the presidents of SIEU Healthcare and CUPE’s Ontario Council of Hospital Unions wrote in an open letter. “Driving workers out and relying on agency services is wrongheaded and wasteful.”