Home » Health News » Why are sounds not perceived under anesthesia?

The purpose of anesthesia is to put the brain into an unconscious state in which stimuli such as sounds are not perceived. In this state, the neurons in the auditory cortex are still stimulated by sounds, but the latter are not perceived by the brain. Scientists from the Institut Pasteur, the CNRS and Université Paris-Saclay have revealed a novel neural mechanism that accompanies the transition from a state of conscious perception to a state of unconsciousness under anesthesia.

A cutting-edge optical imaging technique, multiphoton microscopy, was used to observe the activity of nearly a thousand neurons in the auditory cortex during the transition from a state of wakefulness to a state of anesthesia, in a mouse model. The results indicate that in the state of wakefulness, some neuron assemblies respond to sounds and others are spontaneously active (demonstrating ongoing brain activity). But under anesthesia, the neuron assemblies that respond to sounds were indistinguishable from spontaneously active neurons. In the state of unconsciousness produced by the anesthetic, the cerebral cortex masks sensory inputs with its own “spontaneous” activity. These findings, published in the journal Nature Neuroscience on September 28, 2022, open up new possibilities for modeling states of vigilance.

Although the mechanisms used by the ear to receive sounds are starting to be clearly understood, we know much less about those involved in the perception and interpretation of sounds and the awareness of auditory sensation. The neuroscience of hearing, and sensory perception in general, is grappling with several questions in this respect. One concerns the mechanisms that distinguish conscious perception, during wakefulness, from the processing of sounds in the brain during unconscious states such as sleep or under anesthesia.

Why is it that the auditory cortex is activated when a sound reaches the ear of an anesthetized person or animal, yet under anesthesia there is no conscious perception of sounds in humans?

This question had previously remained impossible to solve because the available measurements of neural activity only provided information about the activity of single neurons or small assemblies of neurons recorded in isolation within the vast neural networks that make up the cortex. These data failed to offer an overview of the coordinated activity of neural networks. Other datasets collected at cerebral level were used to deduce the average activity of these large networks but offered no details about them. So it was not possible to extract enough information about the activity of the cortex to gage the fundamental differences in sensory responses between wakefulness and anesthesia. 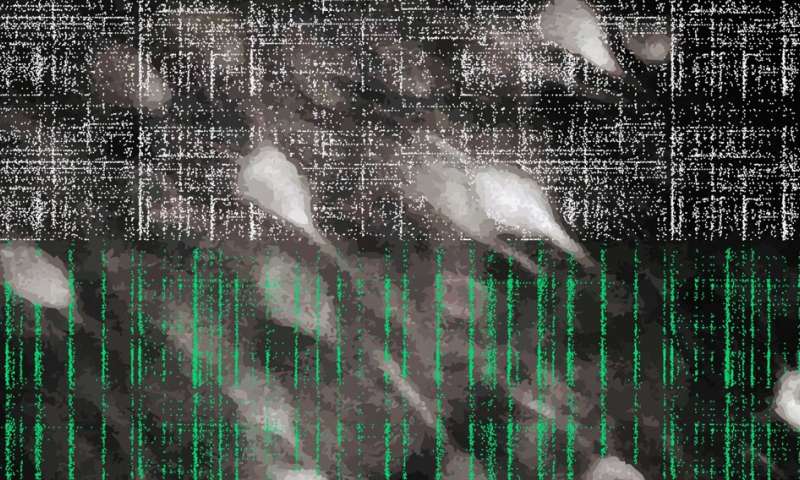 In this study, the teams led by Brice Bathellier (Auditory System Dynamics and Multisensory Processing/Inserm) at the Hearing Institute, an Institut Pasteur center, and by Alain Destexhe (Paris-Saclay Institute of Neuroscience/CNRS/Univ. Paris-Saclay) used an optical recording technique—calcium imaging via multiphoton microscopy—to monitor the activity of assemblies of nearly a thousand neurons in the auditory cortex during wakefulness and anesthesia in mice. The scientists then used mathematical methods to study the profiles of the neuron assemblies activated in response to a series of varied sounds. These novel observations revealed that although neurons are activated by sounds both in a wakeful state and under anesthesia, the assemblies involved in the two states are completely different.

They also showed that the cortex is a constantly active structure, even in the absence of stimulation. By comparing this “spontaneous” activity to the activity evoked by sounds, the scientists made a further observation. While during wakefulness, the neuron assemblies activated by sounds differ from those activated spontaneously, under anesthesia, the neuron assemblies evoked in response to sounds are also systematically activated spontaneously. So although the auditory cortex does respond to sound stimulation under anesthesia, its response is indistinguishable from its own internal activity.

These observations suggest a mechanism that would explain the paradox of auditory perception, and by extension sensory perception, under anesthesia. “The activation of neurons in the cortex under anesthesia is not only structurally considerably different from that observed during wakefulness; more importantly, it is practically indistinguishable from the spontaneous activity of the cortex. The neural responses in the auditory cortex under anesthesia are therefore effectively ‘silent’ for the rest of the brain, because they are drowned out by its own ‘noise.’ These results also indicate that one of the conditions for conscious perception is for the cortex to be capable of activating neuron assemblies that are distinct from those activated spontaneously,” explains Brice Bathellier, co-last author of the study.

“In one sense, the wakeful cortex is more ‘creative’ because it generates new sound-specific grounds for activity in response to sounds, whereas this specificity does not seem to exist during anesthesia. It remains to be seen whether the same conclusions also apply to other states such as sleep,” notes Alain Destexhe, co-last author of the study.