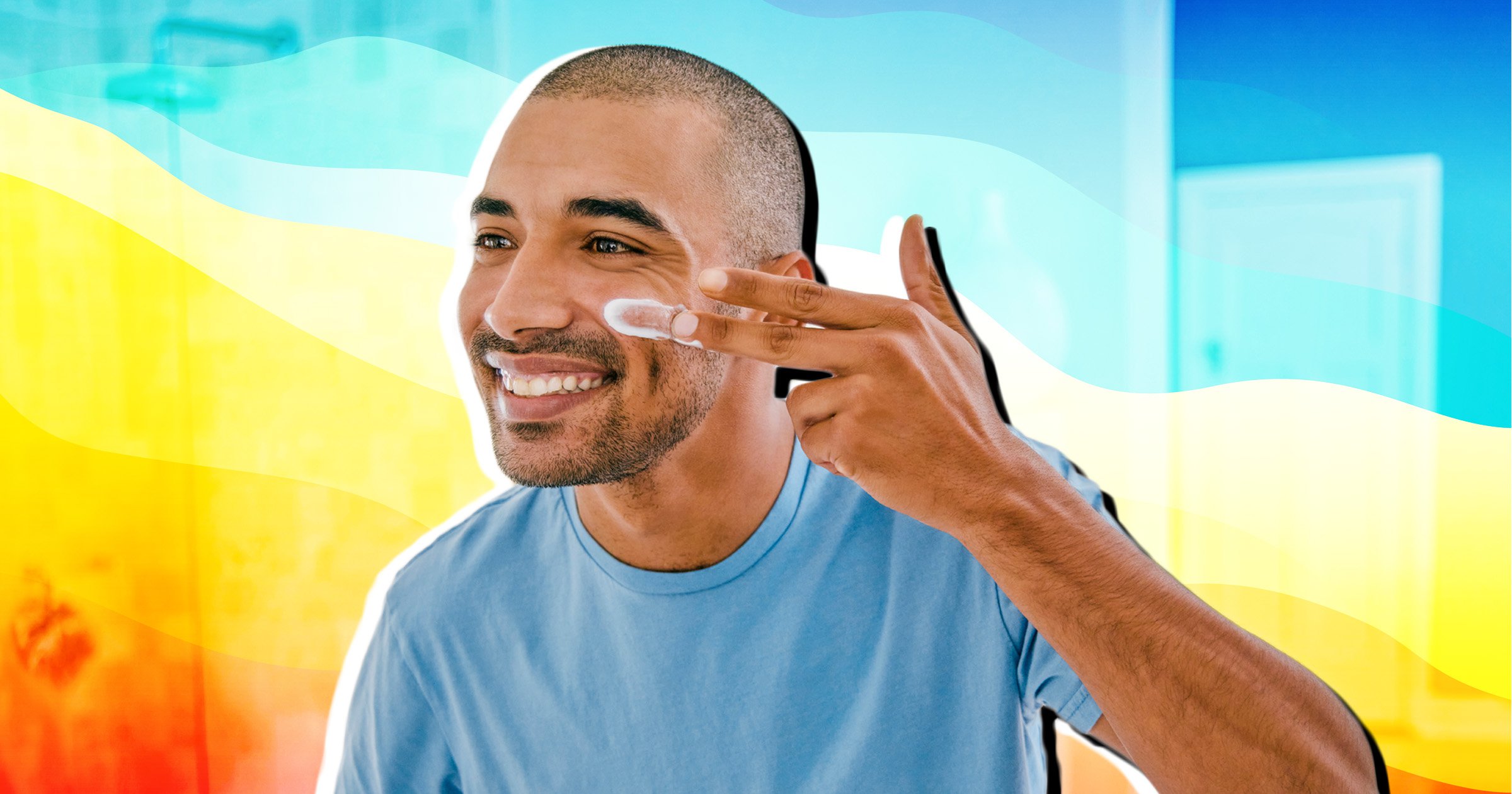 Hot girls know that using sun cream daily, whether it’s hot or not, is vital for skincare.

Studies have shown that men are significantly less likely to wear sun cream than women, with one US survey finding that only 18% of men regularly use sun cream on their face and exposed skin when going outside.

And a 2017 YouGov survey found that men were twice as likely as women to forgo protection, with 31% saying they do not use sun cream.

This is despite the fact that men are more likely to die from skin cancer (melanoma) than women: around 980 women die of skin cancer each year, compared with 1,400 men.

This is why Dr Paul Banwell, the founder of the melanoma and skin cancer unit (MASCU) in East Grinstead, says things need to change.

Why are men less likely to wear sun cream?

According to Paul, part of the reason why men are less likely to wear sun cream is simply that it’s less normalsied.

‘Women tend to have an SPF in their moisturiser or their foundation,’ says Paul. ‘This means that women are likely to apply SPF daily without a second thought.’

Men on the other hand are much less likely to use such products, therefore go without.

Paul adds that many men view sunscreen as a ‘girly’ beauty product.

‘Women often use sunscreen to prevent premature ageing as well but men often don’t share the same motivation to do this,’ he says.

This is despite the fact that men are just as prone to ageing faster due to sun exposure.

According to Paul, rates of melanoma skin cancer among men in the UK have increased significantly more than rates of cancer for women, with an 8% rise in death rates for men.

‘Skin cancer is not only on the rise for men but it is more common in men,’ says Paul, adding that men are more prone to melanoma on their scalp and ears – spots which are usually missed when applying sun cream.

He says that men need to focus on commonly-missed spots, which also include eyelids, lips, back of the neck and tops of the feet.

With most cases of skin cancer being caused by overexposure to UV rays from the sun, it’s imperative that men start prioritising the use of sun cream every single day.

‘It’s essential that a greater emphasis is placed on the importance of regular SPF application, even when it’s not sunny,’ says Paul.

‘Also, men need to use an improved system for checking the back for moles.

‘This can be done with the help of a partner or by using a phone to take pictures and monitor changes.’

Use the ABCDE checklist for checking moles for skin cancer: